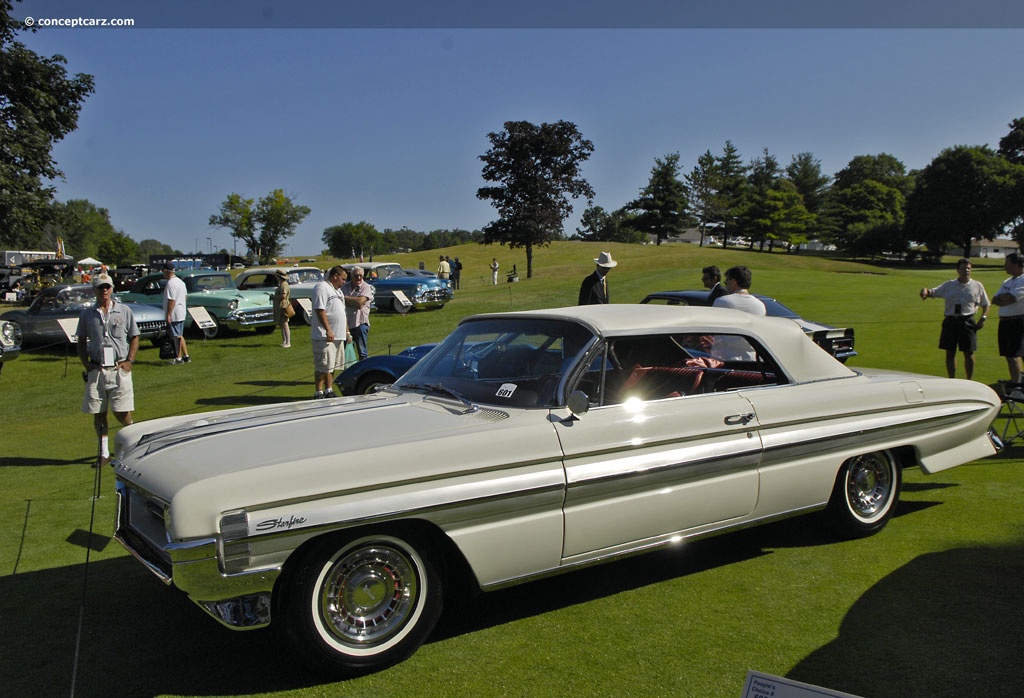 With the Jet-Age in full swing, Oldsmobile introduced the Starfire in mid-1961, successfully combining style, luxury, and high-performance into an elegant package. Its name was shared with the preeminent American jet fighter of the era, and it was built to compete with the Ford Thunderbird that was dominating the personal luxury sports car market.

Oldsmobile introduced the Starfire convertible late in the 1961 model year. It shared its platform with the 88 (well, it was actually one to five inches shorter overall with a fractionally smaller wheelbase) but with the more powerful 394 cubic-inch Rocket V8 engine. The grille was from the 98. Distinguishable features included the full-length brushed aluminum side-sweep that would become the car's visual signature. Other features included the chrome-plated oil filler cap, air cleaner, and valve covers. Standard items on the Starfire included power front bucket seats, a dual exhaust system, leather interior, Hydra-Matic transmission, limited-slip differential, power windows, power brakes, power steering, trunk release, antenna, and console-mounted tachometer. The interior was finished in leather. Priced at $4,650, it was the most expensive Oldsmobile for 1961 and 7,800 examples were produced. Sales of the 1961 Thunderbird were much greater, with 73,051 examples built. Bodystyles on the Thunderbird included a Landau Hardtop, Hardtop Coupe, and convertible. Comparing just the convertibles, the Starfire and Thunderbird sales were similar, with 10,516 Thunderbird Convertibles sold.
by Daniel Vaughan | Aug 2020

The name Starfire was used on the Oldsmobile Ninety-Eight convertible from 1954 through 1957. It re-appeared in 1961 as a specially trimmed hardtop and convertible that was produced until 1966. The body was based on the Oldsmobile B-Body 88 platform. Included were leather bucket seat and special luxury and sport trim. Hydra-matic, sports console and tachometer, power steering and brakes, and....
Continue Reading >>

Some believe that the Starfire was the first muscle-car from Oldsmobile, since it combined a very powerful engine with a very small, compact body. A brand of automobiles that were produced for most of its existence by General Motors, Oldsmobile was founded by Ransom E. Olds in 1897. Oldsmobile had a production run that lasted for 107 years and produced 35.2 million cars which at least 14 million....
Continue Reading >>

The 1961 Oldsmobile Starfire Convertible finished in white with a red interior was offered for sale at the 2006 Worldwide Group Auction held on Hilton Head Island where it was expected to fetch between $25,000-$35,000. It has had two owners since ne....[continue reading]

Oldsmobile's all-new 1961 full-size car was significantly smaller than its 1960 predecessor. The styling was clean and lean, from the bold horizontal grille to its missile-pod-shaped tail-lamps. It was an exciting season for Olds, and the mid-year ....[continue reading] 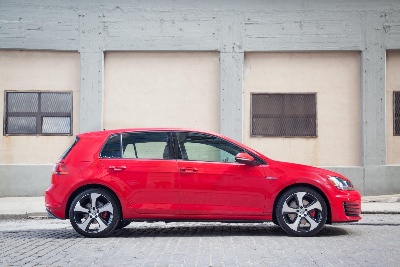 Most powerful production Golf ever for the North American market New car has an estimated 290 horsepower, but is more fuel efficient than previous Golf R EA888 TSI® 2.0-liter engine propels DSG® equipped Golf R from 0 to 62 mph in 4.9 seconds Car...