The Jeep® Commander is the first Jeep vehicle with three rows of seats; now, more passengers — seven total — can visit more places to enjoy its go-anywhere, do-anything capability. Complementing the Commander Sport and Commander Limited models in 2007 is the Jeep Commander Overland model. The Overland model features platinum-chrome exterior accents and wood, leather and suede interior accents, making the Overland the most luxurious Commander ever.'With more room and more capability than other seven-passenger 4x4 vehicles, Jeep Commander offers owners an extra dose of freedom and adventure, both on- and off-road,' said George Murphy, Senior Vice President – Global Marketing, Chrysler Group. 'And because it is engineered by Jeep, there is no doubt that the 2007 Jeep Commander is the most capable vehicle in its segment today.'The Jeep brand has been building industry-leading 4x4 vehicles for 65 years. The Jeep Commander has Jeep's legendary off-road capability combined with on-road driving comfort. As a result, the 2007 Jeep Commander is the most capable seven-passenger 4x4. And, of course, it's Jeep Trail Rated®.'WHAT'S NEW FOR 2007'

Trevor Creed, Senior Vice President – Design, Chrysler Group: 'Jeep Commander's design influences are taken from a well-established heritage. The Jeep Commander is an SÚV with classic Jeep styling, a flexible three-row seating package and a dramatic departure from the Jeep Grand Cherokee.'Six-plus decades of Jeep history gave Commander's design team an unrivaled automotive heritage from which to draw. Key sources of inspiration were the Willys Station Wagons (1946 to 1962), the Jeep Wagoneer (1963 to 1991) and, most of all, the Jeep Cherokee (1984 to 2001).Introduced in 2006, the Jeep Commander is immediately recognizable as an authentic Jeep due to its classic Jeep design elements: seven-slot grille, trapezoidal wheel openings, round headlamps and flat surfaces, plus a steep windshield, backlight and rear end. The result is a rugged, constructed appearance that says 'Jeep.'Commander is the first Jeep vehicle with three rows of seats. Firm and broad-shouldered, the seats are positioned theater-style: The second row is higher than the first; the third row is higher than the second. Additional headroom is created by literally raising the roof. It is 3.15 inches higher, beginning over the second row and producing a stepped effect. The second-row seats split 40-20-40; the third row, 50-50. The middle and rear rows fold forward to create a flat load floor for maximum utility. Behind the third row is a storage bin, located in the load floor. Únderneath it are provisions for storing the jack and tools. The bin's top panel is removable and reversible. The carpeted side is level with the third row of seats, and the opposite side is molded-in plastic. It's for storing the gear that active lifestyles demand.Located in the roof above the second row are CommandView™ Skylights. These dual skylights of tinted glass are packaged with the power sun roof that is positioned above the front passengers. Standard on Commander Limited, the package expands the vehicle's sense of interior roominess. The CommandView Skylights also have roller shades that can be used to block out light when desired. An optional rear-seat DVD player is located between the skylights.An attractive roof rack rail has three integrated tie-downs on each side. On Commander Limited and Overland, assist handles extend from the roof rail down the back of the D-pillars, adding to the rugged, utilitarian appearance of the vehicle. The assist handles are black with chrome inserts on Limited, and black with platinum inserts on the Overland. On top of the rear bumper is a diamond-plate-texture step pad. The pad's nonskid surface is helpful when stepping on the rear bumper to gain access to the roof of the vehicle. Reinforcing the constructed look on the Limited and Overland models are decorative bolts that appear to attach the classic Jeep trapezoidal wheel flares to the body.The two-tone color scheme on Commander's instrument panel and interior trim exemplify the vehicle's attention to interior detail. The upper instrument panel is new. Character is provided by 16 Allen head bolts. A 'JEEP' medallion dominates the center of the steering wheel and the new shift knob. The four gauges in the instrument cluster are simple and purposeful.The result is Commander's Jeep heritage exterior design, complemented by a modern interior of well-conceived amenities and features.ENGINEERING

The Jeep® Commander and Jeep Grand Cherokee engineered to operate on clean, renewable, American-made ethanol fuel will be available to Ú.S. customers as part of DaimlerChrysler's lineup of alternate fuel vehicles in 2007.

Overall for 2007, the company plans to sell more than 250,000 Flexible Fuel Vehicles (FFVs) capable of running on E85 (85 percent ethanol) fuel, said Tom LaSorda, President and CEO – Chrysler Group. That number will increase to nearly 500,000 units beginning in the 2008 model year — about one-quarter of the company's Ú.S. fleet.

'A significant part of the solution to our energy, environment and national security issues can be homegrown,' LaSorda §äid.

LaSorda discussed the benefits of renewable fuels ethanol and biodiesel in remarks to the Renewable Fuel Association annual conference in Washington, D.C., today.

For 2007, all Jeep Commander and Jeep Grand Cherokee retail and fleet buyers who select the 4.7-liter engine option will receive vehicles capable of running on E85 fuel. (concept carz) Also available in Flexible Fuel Vehicle (FFV) capability for 2007 are:

About 1.5 million FFV-capable Chrysler Group vehicles are already on the road, representing about 10 percent of all vehicles sold by the company since 1998 — a greater percentage than any other company.

In addition, Chrysler Group is the industry leader in promoting use of biodiesel, a clean, renewable fuel made from plant oils that can be mixed with conventional diesel fuel. (concept carz) Each Jeep Liberty CRD diesel SÚV built at the company's Toledo, Ohio, assembly plant is fueled with B5 (5 percent biodiesel), made from soybeans grown and refined in Ohio.

Beginning this fall, the company will test use of B20 (20 percent biodiesel) in its industry-leading Dodge Ram heavy duty diesel pickup trucks, working initially with commercial, government and military fleet customers.

'Biofuels represent a huge opportunity to reduce our consumption of conventional petroleum-based fuel and our dependence on foreign oil,' LaSorda §äid.

Other benefits cited by LaSorda are:

- 'Reduced lifecycle carbon dioxide (greenhouse gas) emissions, because the plants from which the fuels are made absorb carbon dioxide from the atmosphere during growth.'
- 'Reduced tailpipe emissions of particulates, carbon monoxide and other pollutants compared with conventional fuels.'
- 'A stronger American economy through support of Ú.S. agriculture.'
For vehicles to operate on ethanol-based fuels, engine computer controls must be adjusted and the fuel system (fuel tank, fuel pump and fuel lines) must be altered to resist the effects of the alcohol (ethanol). Chrysler Group FFVs use a patented sensor system to determine the exact content of the fuel (E85, gasoline or any mixture of the two). The seamless transition of one fuel to another is accomplished by an advanced calibration system that determines the concentration of ethanol in the gasoline and adjusts for greatest operational efficiency.

'Únfortunately, too many of these vehicles have been — or will be — running on pure gasoline due to the lack of a fuel infrastructure,' LaSorda §äid. 'But we know that flex-fuels can work, when industry and government get behind them and encourage infrastructure development.' Source - Jeep 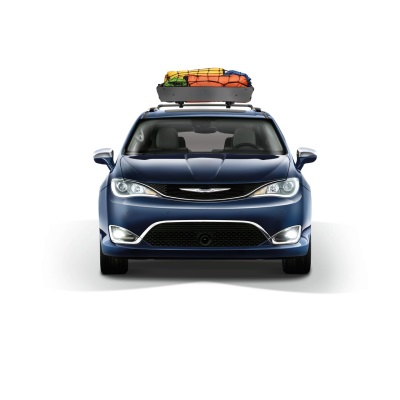 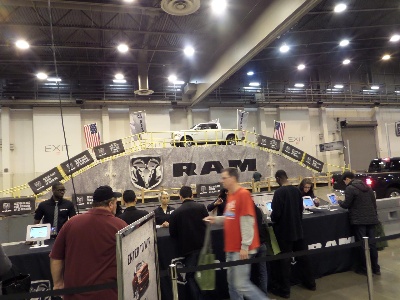 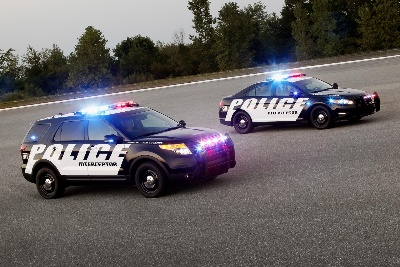