Mercedes-Benz engineers are currently developing a new, prestigious luxury limousine with integrated highest protection for governments, businesses, monarchs and heads of state. The armoured Pullman Limousine is based on the long version of the S 600 with a substantially extended wheelbase length. The Mercedes-Benz State Limousine therefore provides a level of roominess worthy of its high-ranking occupants, not to mention outstanding comfort and a fully equipped mobile office. The S 600 Guard Pullman sees the world's oldest car manufacturer continuing its long tradition of building large state carriages with factory-integrated special-protection features.Tradition and innovation are part of Mercedes-Benz' corporate culture. Nowhere is this more evident than in the construction of large, armoured, prestigious limousines. The Stuttgart-based manufacturer is the only carmaker that develops and builds impressive Pullman limousines with special protection, primarily for the official engagements of heads of state and monarchs. And it has been doing so for some eight decades without interruption.Originally, Pullman cars were railroad sleeping cars with luxurious appointments, produced by the American Pullman Palace Car Company; however, it was not long before the name 'Pullman' also came to describe Mercedes-Benz cars with an extra-long wheelbase and an extremely large passenger compartment in the rear. Separated from the front compartment by a partition, the rear compartment housed four individual face-to-face seats, allowing four passengers to sit opposite each other in truly grand style.The very first Mercedes-Benz car to be factory-fitted with special protection, in 1928, was a long Pullman version of the W 08/460 Nürburg model. This was followed first by the 770 K, which provided protection befitting the status of the Japanese Emperor Hirohito among others, and then by further Pullman Limousines. Eventually, the legendary Mercedes-Benz 600 assumed the mantle of state carriage, holding it for almost thirty years. As well as being used by the government of the Federal Republic of Germany for official business it was the preferred vehicle of governments from numerous other countries and many prominent dynasties. Further Pullman versions of the Mercedes-Benz S-Guard featuring special protection followed in these illustrious footsteps. Dr Dieter Zetsche, Chairman of the Board of Management of DaimlerChrysler: 'The new Mercedes-Benz S 600 Guard Pullman continues an impressive tradition and, as before, will offer the very highest levels of protection, comfort and prestige.'Governments, heads of state and royalty all over the world have always appreciated Mercedes-Benz' vast experience and pioneering technical achievements in the construction of prestigious limousines featuring special protection. The luxury limousine not only provides all the communications and entertainment equipment they need, it also offers them space for discreet meetings. So they have everything perfectly under control, whatever the situation, with the added bonus of highly comfortable, individually styled surroundings.Newly developed based on the S 600

In terms of technology, the new Pullman Limousine is based on the flagship Mercedes Benz S 600 L Guard model. Power comes courtesy of a smooth twelve-cylinder biturbo engine with a displacement of 5513 cc, an output of 380kW/517 hp and an impressive peak torque of 830 Nm.Both the chassis and the body are new developments, since simply adding on an extension would not have ensured the required overall stability, given the extra-long wheelbase. These new developments also provide the solid design basis for the installation of the heavy special-protection components. In addition, the new State Limousine features a rear entrance with increased headroom. Behind the partition, there is space for four passengers in the rear compartment with luxurious face-to-face seats in the time-honoured Pullman tradition.Integrated special protection for highest possible security

The Mercedes-Benz S 600 Guard Pullman also offers its discerning passengers the highest possible degree of protection against terrorist attacks. The Highest Protection specified for this car is equivalent to resistance level B6/B7, as tested and certified by state-approved organisations. Plus it meets further requirements that are not even stipulated by any standard, as tested by public and independent organisations. Its armour resists military-standard small-arms projectiles and provides protection against fragments from hand grenades and other explosive devices. Additional safety features include run-flat tyres, a self-sealing fuel tank and a fire-extinguishing system.
In order to achieve the highest possible degree of protection, specialists with many years of experience in security technology equip the Pullman Limousine in Sindelfingen, working on the principle of integrated special protection. In effect this means that, rather than retrofitting the protective elements in the doors, rear wall, side panels, roof lining and firewall, etc. of an already finished vehicle, they fully integrate them into the bodyshell. Hence the body structure is further reinforced. The resulting vehicles offer hallmark Mercedes-Benz build quality combined with comprehensive Highest Protection, including in those areas where retrofits would be all but impossible. The basis for this is long-standing, continuous and close cooperation with nationally and internationally recognised security authorities. Over a period of decades, this collaboration has ensured that the production and development expertise of the Mercedes specialists has continued to grow. Their vast experience in the fields of protection technology and ballistics enables them to react to changing requirements in the most effective way possible.Thanks to seamless integration of the special-protection features, the paint quality and corrosion protection match the high standards of conventional Mercedes-Benz passenger cars. Furthermore, the Pullman Limousines can be serviced at any Mercedes-Benz service outlet world-wide – a key aspect of the comprehensive, uncomplicated high-level service concept.It goes without saying that every new Mercedes-Benz S 600 Guard Pullman will display its own unique brand of styling thanks to an extensive range of appointments options including a choice of paint finishes, leathers and woods. Even the most unusual of customer requests can be met.The first editions of the new Mercedes-Benz State Limousine are due to be delivered in late 2008.Source - Mercedes-Benz 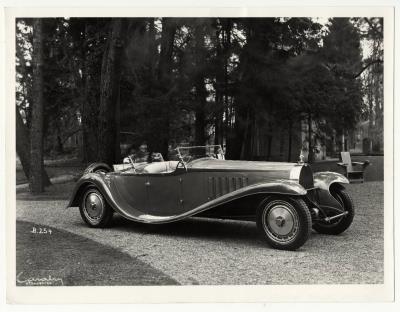 In the 1920s, Bugatti created the most luxurious car in the world Molsheim, 09 04 2020 With the Type 41 Royale, in 1926, Bugatti presented the strongest, largest and most luxurious automobile... 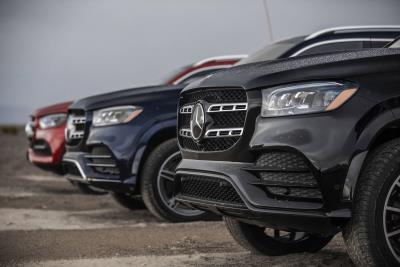 AKRON, Ohio, 2013 - Goodyear (NASDAQ GT) tires have been selected as an original equipment fitment for the all-new, redesigned 2014 BMW X5 model, which is now available in North America. Selected... 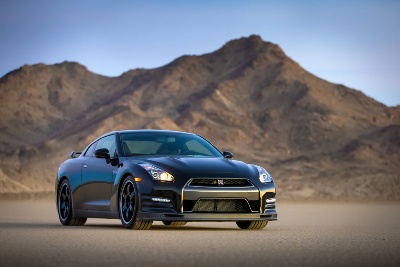