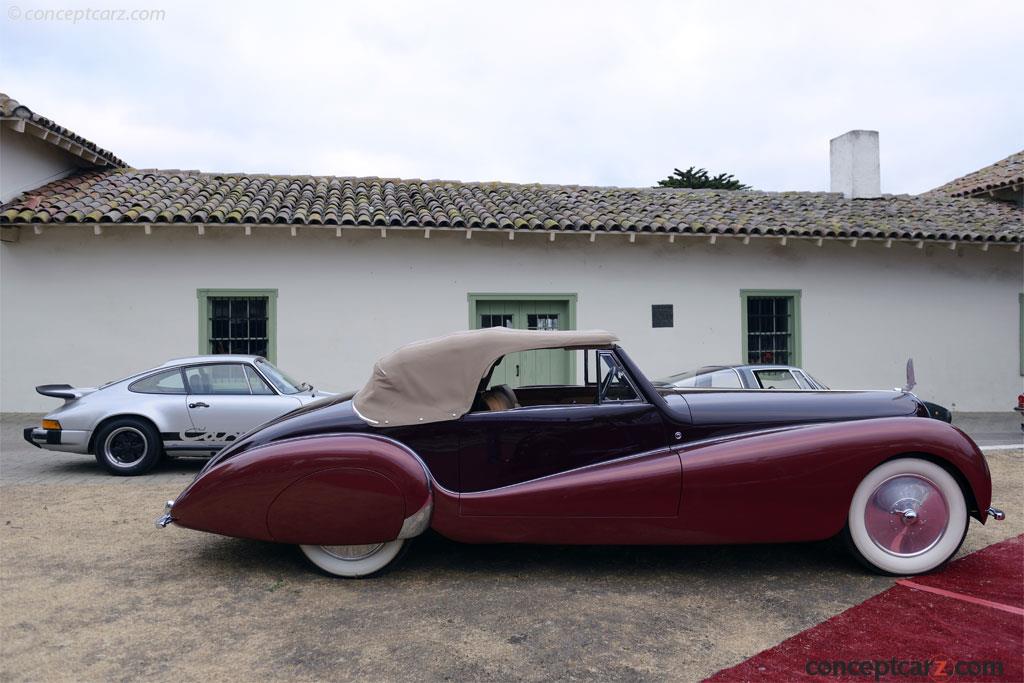 Gabriel Voisin was born on February 5th of 1880 and lived until Christams Day in 1973. He was born at Belleville-sur-Saône, France, and is remembered as a French aviation pioneer and a producer of automobiles. In 1900, he met Clement Ader who aided in the study of aeronautics. In mid-1905 he had a fast boat tow a glider that was lightweight yet structurally rigid. His glider flew for over 500 feet as the boat pull him and the glider along. When the boat slowed, the glider came back down and went into the water, nearly drowning Voisin in the process. This near-death experience did not slow the ambition aviator; in 1906 he had opened the world's first aviation firm, the Les Freres Voisin, meaning Aeroplanes Voisin.

As the years progress, so did Voisin's aviation business. At the close of World War I, he made the decision to turn his interests to other industries. He had become traumatized by knowing that his airplanes had been used as war machines. He would spend the rest of his career building automobiles. His early creations were luxurious and their designs were unique. They appealed to the upper class society, as their price tags could only be afforded by the elite. From 1919 through 1939, only 11,000 examples were constructed, but they are among the most memorable, exclusive, and wonderful creations of the pre-WWII era. After World War II, the direction of his automobile designs changed, and he began creating cars that were aimed at a broader public.

When Voisin began producing automobiles, it was immediately obvious that the airplane industry had effects on his design. They were unique, lightweight and aerodynamic and often employed exotic materials and technologically advanced mechanical components. His brother had been killed in an automobile accident, so the Voisin automobiles were given a high degree of safety in an effort to avoid any future tragedies.

The 1920s were a good era for Voisin. His line of vehicles were offered with four- or six-cylinder engines with most of the coachwork being done in-house. The engines were whisper quiet, thanks in-part to the Knight patented sleeve-valve design. The draw back to this design was that the engine required a large amount of oil to lubricate the sleeves, which often meant white-smoke coming from the exhaust pipes as the oil was being burnt. This did take away from the allure of the car, but it made country driving enjoyable for the occupants.

As the cylinder wars of the 1920s began heating up, Voisin began working on a power-plant that could compete with the other luxury marques. Voisin was not the only marque struggling to keep pace with evolving technology, nearly every brand in the luxury segment was doing the same. Sadly, The Great Depression was just around the corner and would bring an end to many great auto manufacturers.

The Voisin C14 was produced from 1928 through 1932 with a total of 1795 examples being constructed. This model would account for the majority of Voisin automobile sales during this time. Under the bonnet lay a six-cylinder, sleeve-valve engine that was capable of producing an adequate 65 horsepower. The engine was mated to a three-speed gearbox which powered the rear wheels. The bodywork was constructed from lightweight aluminum, which was very uncommon at the time. It also means that many examples of the C14 do not exist today, as this delicate material is highly susceptible to the elements and the passage of time.

Voisin introduced their twelve- and six-cylinder engine just prior to the start of The Depression. The luxury car segment was devastated; those pool of individuals who could afford to buy a high-priced vehicle dwindled, and competition became very fierce. Some manufactures lowered their prices in attempts to move merchandise. Incentives were offered, but little worked. The saving grace for many was to move down market and try to attract new buyers. Voisin chose to weather The Depression and continued to offer only high-priced and exclusive automobiles.

At the 1929 Paris Motorshow, Vosin introduced their C18, code-named Diane. It was powered by a V12 engine with sleeve-valve technology. The engine displaced nearly 4.9-liters and produced 113 horsepower, which made it one of the more powerful production engines of its day. The V12 engine signaled a new direction for the company, but the design and other mechanical components were still lagging. Voisin rectified this in 1930 with the introduction of the C20. The car featured an underslung chassis and a very appropriate and elegant two-door cabriolet body. Various other coach-bodies were shown throughout the following years on the C20. The C20 was the right direction for the company, but it never made it passed the prototype stage. During this time in history, only a few Voisin's were constructed; they were powered by six-cylinder engines.

One example of the C20 has survived the test of time. It was code-named, Mylord, and is believed to be the only C20 created. It is clothed in Demi-Berline style coachwork. It was treated to a recent restoration and shown at the 2006 Pebble Beach Concours d'Elegance and joined a group of other exclusive Voisin's on the elegant and well manicured lawn overlooking the bay. The featured marque at the concours was Voisin.

In 1933, the Voisin C24 Aerodyne was displayed to the public at the Paris Auto Salon. The art-deco design mated with French curves rocked the industry. The vehicle was full of unique and non-traditional features. Under the hood was a six-cylinder, sleeve-valve engine breathing through twin Zenith or Stromberg carburetors. It was good for over 100 horsepower. There was a four-speed manual gearbox with overdrive on two of the gears. The body was constructed of aluminum and built atop a steel chassis. Drum brakes and leaf springs could be found at all four corners. The goal was to produce over twenty examples, but only two would ever be built and one was given a C25 chassis. The C25 included shock absorbers, sliding roof, and other features

Voisin took the opportunity at the 1934 Paris Salon to announce two new variations of the C25, though non had been created. The first announcement was the C26 which was a long wheelbase version of the C25. The C27 was a shorter, sportier version of the C25 built with an underslung chassis. Only one C26 and two C27 were ever created. Sales of the C25 were not stellar either, with only 28 examples finding ownership.

The first C27 was bodied by Figoni and the second was given a coupe configuration by the factory. The factory design C27 was created by Gabriel Vosin and Andre Noël-Noël Telmont. It was given a round body and features found on the C25. There is a sliding roof that can be slid back via a motor and stored in the passenger compartment. The roof motor is a separate engine which can be found behind the passenger's seat. The found design, cycle fenders, and sloping rear end is offset by the vehicles square doors and angled window design.

The C27 was shown at the 1935 Geneva Motorshow. After that, it was in the possession of its first owner, Noël-Noël, for over ten years. It passed through ownership throughout the years and is currently in the hands of a Voisin enthusiast. The car was displayed at the 2006 Pebble Beach Concours d'Elegance where it sat next to the only other C27 ever created.

The other C27, with coachwork by Figoni, is finished in a two-door convertible configuration. The vehicles first owner was Shah of Persia who commissioned the car to be built. It is finished in an eye-catching yellow paint scheme. Time was not kind to this vehicle. It was found in the late 1970s and brought back to France in the 1980s. Claude Figoni helped with the task of performing a complete restoration. When the restoration was completed in 1991, it was shown in the French Auto Passion magazine. It made very few public appearances since then. It was on display at the 2006 Pebble Beach Concours d'Elegance where it was awarded a Second in Class, behind the C28 Aerosport.

The direction of the Voisin Company would change in 1937, as Gabriel Voisin lost control of his company. The C28 was the final car to be designed by Voisin and utilize many of the techniques and design principals that made them unique. At most, only four C28 models were created. Under the hood was the tried-and-true six-cylinder sleeve-valve engine and guided by a four-speed Cotal Preselector gearbox.

It was the end of an era and World War II was on the horizon. The Great Depression had taken its toll on the great Voisin Company and a new plan of survival was in the works. The ingenuity and designs of the Voisin marque have left their mark on the automotive industry and the company will always be remembered as one of the great luxury car producers of the pre-World War II era. It is estimated that around 11,000 examples were constructed during this time frame. With so many exotic and lightweight materials used that were susceptible to the elements, only few have survived.
By Daniel Vaughan | Dec 2008

This 1938 Voisin C28 Cabriolet has coachwork by Saliot. It is finished in a two-tone paint scheme and is one of the final examples constructed before the Second World War. Its styling is very elegant with design cues that are not traditional found on....[continue reading]