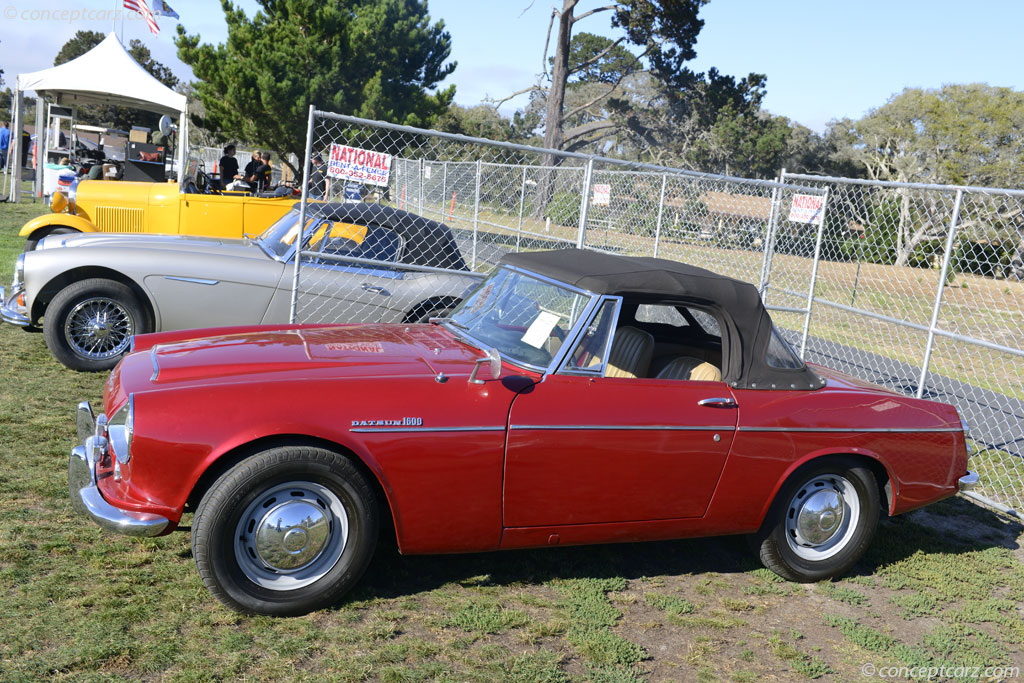 'The quality-minded sport car for the economy-minded people' was the advertising slogan for this automobile first shown at the Tokyo Auto Show in 1961.....[continue reading]

Datsun's type number was SPL311 - S for Sports - and in Japan was known as the Fairlady, in the USA simply the 1600. Datsun goes back to the 19-teens: as DAT-son, son of DAT (initials of the surnames of the three founders) soon changed to Datsun beca....[continue reading]

This 1967 Datsun 1600 Roadster is a rare steel dash model with toggle switches and short windshield. It was given a restoration in the early 2000s and finished in red metallic with tan interior and black convertible top. It has newer tires, new clutc....[continue reading]

In the early 1960s, Nissan's Datsun brand was gaining some popularity, especially their light duty pickups which were praised for being reliable, durable, and economical. Their Patrol 4X4 vehicles promoted by cowboy star Roy Rogers, however, put only....[continue reading]

This Datsun 1600 is a 1967.5 model, and is fitted with US-mandated safety features such as the dual master cylinder and an upgraded dash design with unique instruments. The current owner acquired the car in 2013. It was in largely original condition ....[continue reading]