In 2003 Texaco/Havoline decided to make the move from Robert Yates Racing to Chip Ganassi Racing with Felix Sabates (CGRFS), as primary sponsor for the No. 42 Dodge and rookie Jamie McMurray. McMurray blazed onto the NASCAR Nextel Cup scene in 2002. McMurray raised eyebrows when he subbed for an injured Sterling Marlin and recorded his first win at Lowe's Motor Speedway in only his second start. After that impressive run, McMurray was selected to move from the Busch Series to the Cup series in 2003 and compete for Rookie of the Year honors.Highlights in Texaco/Havoline Car:2003

• Competed in his first full year in the NASCAR Winston Cup Series, captured one pole at Homestead Miami Speedway along with five top-five and 13 top-10 finishes • Became the third driver of the Texaco/Havoline car to earne Rookie of the Year honors • Finished 13th in the final championship standings 2004

• Nextel Communications becomes the new sponsor of the NASCAR Cup Series events and the 'Chase for the NASCAR Nextel Cup' was created as new point system to determine the overall series champion
• Recorded nine top-five and 23 top-10 finishes en route to his 11th-place finish in the Chase for the Nextel Cup. • Earned the million dollar bonus for finishing 11th 2005

Chip Ganassi Racing with Felix Sabates (CGRFS) and its sponsor Chevron Products Company announced today that they have selected Casey Mears to pilot the No. 42 Texaco/Havoline Dodge starting in 2006. In addition, CGRFS has agreed to release Jamie McMurray from his contract to drive for the organization through the ‘06 NEXTEL Cup Series season.

'We've been working hard to find a driver solution for Texaco/Havoline and we are fortunate that we could offer them Casey,' said team owner Chip Ganassi. 'Some recent positive developments have allowed us to make this move and we couldn't be happier with how things are shaping up for the 2006 season. Casey is a driver and a person that we think a lot of and have a lot of faith in.'

Mears has been with CGRFS since being selected by the organization to drive its No. 41 NASCAR NEXTEL Cup Series entry in 2003. He has competed in 106 races and recorded two poles, three top-five finishes and 17 top-10 finishes.

'I couldn't be more excited about the opportunity to drive the Texaco/Havoline Dodge next season,' said Mears. 'Texaco/Havoline has been a sponsor in this sport for a long time and they've had an impressive list of drivers compete and win in their cars. I look forward to joining that group and taking them and Chip Ganassi Racing with Felix Sabates back to Victory Lane.'

In 2006, Texaco/Havoline will embark on its 19th season as a NASCAR sponsor. Its honor roll of drivers includes Davey Allison, Ernie Irvan, Dale Jarrett, Kenny Irwin, Ricky Rudd and Jamie McMurray, who combined have amassed a total of 27 victories in Texaco/Havoline cars. The addition of Mears is certain to carry on Texaco/Havoline's winning tradition and most importantly reinforce the quality and performance that the Texaco 'Star' symbolizes.

'Our relationship with Ganassi Racing is built on communication and mutual trust,' said Mark Nelson, president, Chevron Global Lubricants. 'We were fortunate that an attractive opportunity surfaced that was not possible three months ago. We are very happy to have Casey Mears as the new driver of the No. 42 Texaco/Havoline Dodge. His talent behind the wheel, and his appreciation of our 18 years in racing make him a driver we hope to see shine behind the wheel of the No. 42 Texaco/Havoline Dodge for years to come.'

The first race for Casey Mears in a Texaco uniform was a win. Mears led the Chip Ganassi Racing team to victory at the 24 Hours of Daytona on January 29. Find out more about the son of a racing legend -- who's out to leave some big tire marks of his own.

Tradition and heritage are the two words that best describe Texaco/Havoline and the new pilot of the No. 42 Dodge Charger in 2006, Casey Mears. Mears grew up in racing, his father Roger Mears excelled in off-road racing and his uncle, Rick Mears, won the Indianapolis 500 four times. His last name and family history transcends any one racing series, much like that of the Texaco and Havoline brands.

The 2006 season marks Mears' fourth season on the NASCAR NEXTEL Cup circuit. His steady improvement over his first three years at Chip Ganassi Racing with Felix Sabates has prepared him for the pressure that goes along with racing the famed 'Texaco Star' car.

'It's an honor for me to drive the Texaco/Havoline car,' said Mears. 'Having a sponsor like Texaco/Havoline that's been in racing for so many years is a privilege for someone who grew up in racing. So many talented drivers have driven this car on the NASCAR circuit -- Davey Allison, Kenny Irwin, Ricky Rudd and Dale Jarrett. The list goes on and on.

'I grew up on the IndyCar side of racing, so my early memories of Texaco/Havoline were its relationship with Mario and Michael Andretti. It has a heritage and history of success, and that's something I'm looking to restore. I think the whole organization of Chip Ganassi Racing with Felix Sabates is going to continue to get better, and I want to get Texaco/Havoline back in the winner's circle this season.'

Learning On the Job
The 2005 NEXTEL Cup season was a roller coaster ride for the Bakersfield, Calif., native. He watched two potential victories at Texas and Homestead, where he led 75 laps, slip away after late-race cautions. Mears ended the season on a high note accumulating three top-five and nine top-10 finishes in 2005, including five top-10s in the final nine races.

Mears's season-long strong performance in 2004 earned him his first career top-five finish at Watkins Glen International. Mears followed the path set by his uncle Rick, winning the pole position in track-record time at Indianapolis Motor Speedway on August 6, 2004. He won his first career pole just one week earlier at Pocono, making him the first driver since 1964 to post his first two career NASCAR NEXTEL Cup poles in consecutive races.

While tallying one top-five and nine top-10 finishes in the NEXTEL Cup Series in 2004, Mears also competed in 17 NASCAR Busch Series races including the race at California Speedway. He captured the pole for the race and went on to earn a career-best finish of second in the Busch Series. In his 17 starts in a Busch car, Mears accumulated one top-five and six top-10 finishes.

In his rookie season in 2003, Mears competed in all 36 Cup Series races and ended with five top-20 finishes and placed 35th overall in the driver points standings. He also competed in 13 races in the Busch Series in the No. 19 Dodge as part of a partnership between Chip Ganassi Racing with Felix Sabates and a single Busch Series team. He scored one pole and three top-10 finishes during those 13 races.

Mears also competed in four ARCA races during the 2003 season, winning three of them and giving him his first win in a stock car. The additional driving assignments helped Mears adjust to stock car racing after competing in open wheel racing in 2002.

An Early Start
Mears began his racing career in 1982 at the age of four. He started out racing BMX bicycles and then moved to racing ATVs at his hometown speedway in Bakersfield, Calif.

Mears moved on to racing go-karts in 1991 and jumped to the SuperLites Off-Road Series in 1992, where he notched a couple of top-three finishes. Soon after his successful SuperLites season, Mears stepped up to compete in the Jim Russell ÚSAC Triple Crown Championship and took home a victory at Mesa Marin Raceway. He eventually finished third in the series and continued his successful run the following year.

In 1995, Mears improved on the previous year and captured the Jim Russell ÚSAC Triple Crown Championship. He made his Indy Lights debut in 1996 at the Cleveland Grand Prix and finished eighth. By 1997, Mears was competing full time in the Indy Lights Championship Series and looking to challenge for a championship.

Mears had an impressive year in the Indy Lights Series in 1999. He became only the fourth driver at the time to complete every lap in a single season. He also scored 11 top-10 finishes, eight top-five finishes and four podium finishes, including second-place finishes at Milwaukee and Michigan. He placed second overall, only 14 points shy of the championship.

In 2000, Mears won the Grand Prix of Houston and began testing IndyCars for multiple teams. In October, he was offered a chance to drive a third entry for Team Rahal in the CART Series at California Speedway. He qualified 15th, led 10 laps and finished fourth in his CART debut.

Next, Mears ran three races in the Indy Racing League in 2001. He finished the season as a replacement for the injured Alex Zanardi, a former Chip Ganassi Racing driver, and the Morris Nunn CART team. In those four CART starts, Mears posted one top-10 finish.

A Key Decision
In 2002, Mears faced a difficult decision. After driving for a NASCAR affiliated team in the final ARCA stock car race of 2001, Mears had the opportunity to race in both stock and open wheel cars. He looked for advice about his future from his father and uncle, and decided that NASCAR held the best opportunities.

Mears competed in the NASCAR Busch Series full time in 2002 driving the No. 66 Dodge. He finished in the top five once, while also securing seven top-15 finishes during his first season driving a stock car.

The young driver proved to the NASCAR world that he was a legitimate threat for victories, as he carries the momentum from the 2005 season with him into the black and red Texaco/Havoline car to Daytona.Source - Texaco 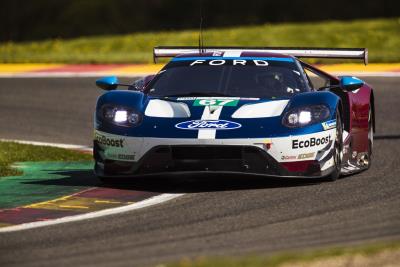 Stefan Mücke and Olivier Pla to resume titanic battle for championship in #66 Ford GT Andy Priaulx and Harry Tincknell have a point to prove in the #67 GT The 6 Hours of Silverstone gets underway o... 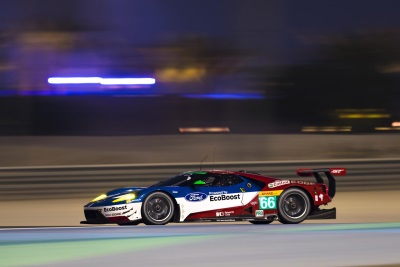 WATKINS GLEN, N.Y. (April 6, 2016) – Roger Penske, one of auto racings most notable team owners, will be honored in June by the International Motor Racing Research Center (IMRRC) with the 2016...