Frankfurt Motor Show will see the international launch of the new Peugeot 308 hatchback and also the first glimpses of another member of the 308 family, in the shape of the 308 SW Prologue concept car. With the SW concept which first appeared in 2002 with the launch of the 307 SW, Peugeot created a new motoring concept which has since become available in other models in the range. Today the 'SW' is synonymous with a true life style car. The abbreviation also symbolises practicality and versatility, allowing the particular car to adapt to its user's many wishes.

One of the SW's key features is the panoramic glass roof, offering extraordinary levels of interior brightness and an unprecedented feeling of space and visibility, particularly for the rear passengers.

Capitalising on the strengths of the 308 hatchback, the 308 SW Prologue concept car, while asserting its own personality, takes the definition of the SW even further.

The 308 SW Prologue combines the familiar 'face' of the 308 with a very original design at the rear allowing the possibility of also installing a third row of seats.

The front of the vehicle, with its aluminium-coloured front grille and xenon directional headlamps, shares the same design as the 308 three and five door hatchback models. From the side, the forward-positioned window line and highly original shape of the rear quarter light windows create a dynamism that is rare in this segment. The windows also provide good visibility for any passengers seated in the third row. The Aluminium coloured roof bars add a dash of elegance to the overall design.

The bold design at the rear is based on the idea of a wrap-around single piece rear tailgate glass. The design of the tailgate glass also takes into account the need for rear access and visibility and can be opened independently of the tailgate, making loading easier. The tailgate provides a wide access area to the inside of the car and also a particularly low load sill for maximum practicality.

The interior fascia panel, with its very simple and fluid design, matches those of the hatchback and is fully trimmed with Aniline brown leather creating a reflective pearlescent finish. Leather can also be found on the seats and door interior trim panels. Combined with the use of other high quality materials, such as linen and Sandstone coloured silk on the seats and door trims, the brightness from the large glazed surface area, including the panoramic glass roof, generates a soft glow that reinforces the overall quality of the interior. The rims of the air vents, instruments, door handles and the surround of the gear lever knob are coated with sprayed nickel adding their own touch of class to the interior.

The quality feel of the vehicles even extends into a bespoke luggage set which has been produced using the same materials found in the passenger compartment. This can easily be accommodated between the two second row seats, where it then serves as an armrest.

Careful attention has been paid to the modularity of the vehicle to allow it to adapt to all possible situations that could be encountered by those who will use it. For example, there are individual rear seats, identical in size, which can be folded, removed and positioned in many different positions in the rear of the vehicle. The second row can, therefore, accommodate up to three seats with different spacing possibilities. Each of these seats can then also be positioned in the third row. For maximum practicality, the third row can also accommodate extra ‘occasional' seats which have a specific design, enabling the vehicle to seat up to seven people. In addition, the front passenger seat, which can be folded flat into a ‘desk' configuration, also allows a maximum load length of more than three metres if required.

The 308 SW Prologue concept car is powered by the 2.0 litre HDi DPFS 136 bhp engine equipped with an additive-enhanced diesel particulate filter system (DPFS). Its excellent performance offers genuine driving pleasure and complete peace of mind. Its HDi DPFS technology, in accordance with the spirit of the car, ensures it is environmentally-friendly, with reduced CO2 emissions and the complete eradication of particulate emissions.Source - Peugeot 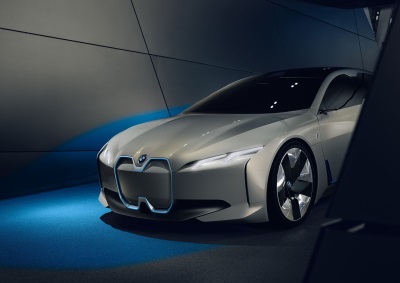 BMW is firing the starting gun on the brands forthcoming product offensive with an extraordinary pageant of new models and concept vehicles at the IAA Cars 2017 show in Frankfurt am Main. The companys stand centres on its expanded luxury class line-up,... 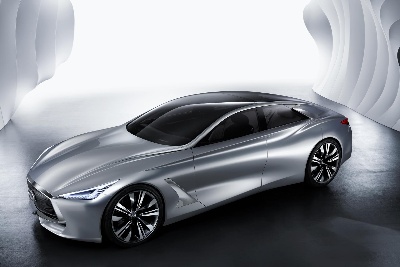 THE Q80 INSPIRATION: A BRAVE STATEMENT OF INTENT