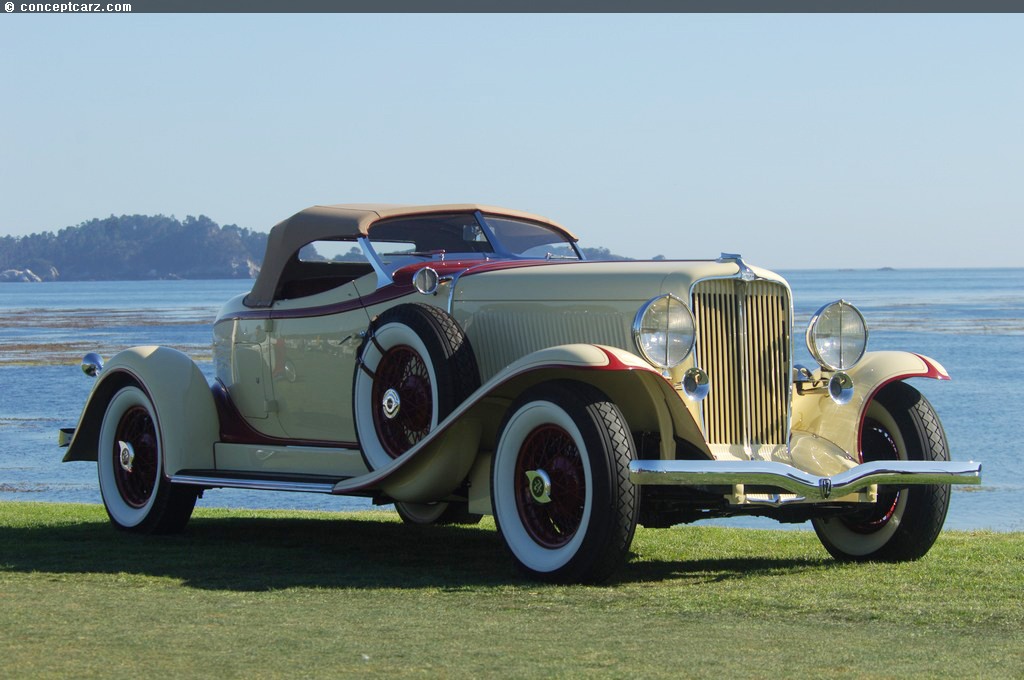 When the Auburn Automobile Company prompted Cord with a top level management position, he accepted but under conditions. He demanded that he be given 20% of the profits and complete control of the company. He also stated that he wanted the option to buy the company once it recovered. The partners, at this point, were on the verge of bankruptcy, so they accepted the offer.

The Auburn 12-160A Speedster body was the most exclusive of the offering. With its low price tag, the vehicles were a bargain. Tough times and consumer fears were its ultimate demise and its potential was never realized.
By Daniel Vaughan | Jun 2009An exceptional value for their day, the Auburn was the least expensive marque in the Cord Empire that also comprised Duesenberg. Priced at $1,250, the Auburn was a spectacular value for a twelve-cylinder automobile. From 1927 to 1938 the Auburn/Cord/Duesenberg Company manufactured hand-built custom vehicles of the highest quality in Auburn Indiana. Rated at 160 horsepower, the 1932 Auburn 12-160A featured a twelve-cylindered Lycoming engine. The car weighed 4,165 lbs and had a wheelbase measured at 132 inches.

From 1900 through 1937 Auburn was a brand name of United States automobiles. The Auburn Company was grown out of the Eckhard Carriage Company which was started by Charles Eckhart. On an experimental basis, Eckhart's sons, Morris and Frank began building vehicles before entering the business in earnest. In 1909 they moved into a larger plant. Modestly successful, the company did well until World War I forced the plant to close due to material shortages.

A touring car model, the 1904 Auburn was equipped with a tonneau that could seat 2 or 4 passengers. The touring was priced at $1000. Producing 10 hp (7.5 kW) the flat-mounted single-cylinder engine was placed in the center of the vehicle. Weighing 1500 lbs, the angle-steel-framed vehicle used half-elliptical spring and was fitted with a 2-speed planetary transmission.

The Eckhart brothers sold their company to a group out of Chicago investors in 1919 headed by Ralph Austin Bard. Though the business was revived, the new owners failed to produce the profits that they had hoped for. The new owners approached Errett Cord in 1924, a successful automobile salesman, with an offer to run the company. In an offer that amounted to a leveraged buyout, the Chicago group accepted the offer.

Before the end of 1925 Cord completed his buyout and aggressively marketed the company's unsold inventory. In 1926, Cord partnered with Duesenberg Corporation and used it as the launching platform for a line of high-priced luxury cars. Cord built vehicles that became famous both their advanced engineering and their striking experience. He also employed imaginative designers such as Gordon Buehrig and Alan Leamy.

Unfortunately Cord's vehicles were priced too expensively for the Depression-era market and Cord's stock manipulation eventually forced him to give up control of his car companies. Cord was forced to refrain from further violations by injunctions from the U.S. Securities and Exchange Commission. He sold his shares from his automobile holding company and in 1937 all production of Auburns, Duesenbergs and Cords ended.

The Auburn-Cord-Duesenberg Museum is now housed in the company's art deco headquarters in Auburn and was made a National Historic Landmark in 2005.

The last few cars that made the Auburn Company famous before it the factory was shut down were the 851 and 852 Speedsters, and the Aubern 12.

The Auburn Twelve was produced in the early 1930's and was designed with innovation, elegance, power, style and speed. The Auburn Model 12 – 165 was introduced in 1933. The 1931 Auburn came with a 127 inch wheelbase, 98HP straight 8, and a long large roomy car that came with a door so wide that rear seat passengers could enter without disturbing those in front. The price was $945. The 1934 Auburn 12 Cabriolet came with a 12-cylinder engine and had wide whitewall tires and wire wheels. The 1934 model also came with an auxillary trunk that was mounted on the back.By Jessica Donaldson

Auburn was produced from 1900 through 1936. In 1924 the company was purchased by Errett Lobban Cord (1894-1974), a highly successful automobile salesman. Cord aggressively marketed the company's inventory and completed his buyout before the end of ....[continue reading] 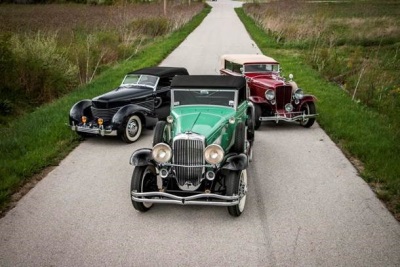 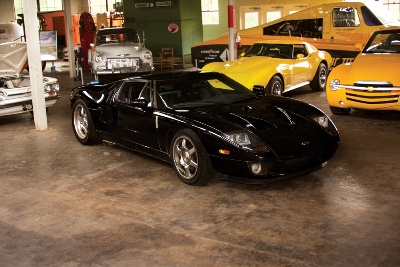