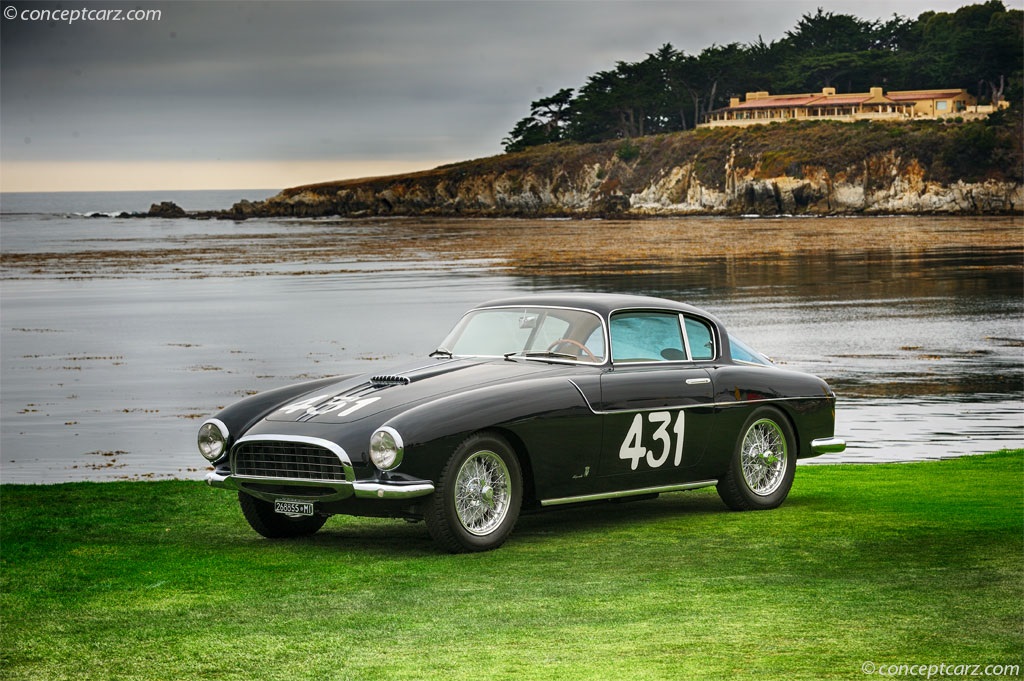 Fiat's first engines had four-cylinders, often of enormous proportions. They produced their first six-cylinder engine in 1907 and a V-12 from 1921 to 1922. Despite this vast portfolio of engines, they did not produce an engine with eight cylinders until 1952.

The Fiat 8V, or Otto Vu in Italian, was built for two years with 114 examples creating, with a top speed in the neighborhood of 124 mph. The two-seater coupe had a fully independent suspension with most of the coachwork handled by the factory. 63 were penned by Fiat's chief designer Fabio Rapi, 34 first series cars, and 29-second series cars. Some of the bodies were given unique (often one-off) coachwork by Ghia, Pinin Farina, Vignale, and Zagato. Zagato bodied 30 examples, labeled 'Elaborata Zagato,' with distinctive features such as a thin aluminum strip on the hood scoop, and the absence of air outlets. No fewer than fifteen 8Vs wore coachwork by Ghia, and at least 14 of them were the 'Supersonic' coupe penned by Giovanni Savonuzzi. Using his aeronautical background, he created streamlined bodies that became the ultimate expression of 'Jet-Age' styling.

The 70-degree V configuration, eight-cylinder alloy engine displaced 1996cc, had two twin-choke Weber 36 DCF 3 carburetors, developed 115 horsepower, and was developed by Dante Giacosa. It had a finned aluminum sump, polished intakes and ports, forged crankshaft, and tubular stainless-steel exhaust manifolds. The early Type 104.000 engine had an 8.5:1 compression ratio, 104 horsepower, and a top speed of nearly 120 mph. The improved 104.003 version used different camshaft timing that resulted in a boost in power to 113 hp at 6,000 RPM. The final version was the 104.006 that used 8.75:1 compression, revised fuel system and camshaft timing, resulting in an increase in power to 125 hp at 6,600 RPM. The tubular chassis used an all-round independent suspension, a four-speed manual gearbox, and four-wheel hydraulic drum brakes. Aside from the differential, the 8V did not share any parts with the other Fiat automobiles, however, many parts were made by Siata and used in their cars.

Fiat introduced the 8V at the 1952 Geneva Motor Show and quickly earned a reputation for its elegant styling and unique power plant. From the beginning, it was envisioned for competition use and proved highly successful with many notable results including winning the 2.0-liter class of the Italian Championship in 1954.
by Daniel Vaughan | Apr 2019

The curvaceous and glorious Fiat 8V was given its name due to its eight-cylinder engine in vee configuration. The engineers had though that the Ford Motor Company had exclusive rights to the name V8, which later turned out not to be the case, but the name 8V was already given. The engine displaced just over 120 cubic-inches and produced around 110 horsepower. Fitting the larger engine in the....
Continue Reading >>

The Fiat 8V, also known as Ottu Vu in Italian, was first shown to the public at the 1952 Geneva Motor Show. Production lasted from 1952 through 1954 with a total of 114 examples being produced. The car was powered by a V8 engine, and since Fiat thought that Ford held the trademark for V8, they dubbed their vehicle the 8V. The design was courtesy of Dante Giacosa and stylist Fabio Lucio Rapi.....
Continue Reading >>

Toward the close of 1951, Fiat designer Dante Giacosa created a new high-performance sports car, the legendary 2-liter 8V, or Otto Vu in Italian. Designed to take on the 2-liter class of the Italian sports car championship, the Fiat 8V made its debut....[continue reading]

This example left the Fiat factory for Torino on June 10th of 1953. It was then given its Zagato coachwork featuring a first series body and given several special features such as the absence of air outlets and a thin aluminum strip on the hood scoop....[continue reading]

Dante Giacosa began work on a new high performance 2-liter V8 powered sports car in the early 1950s. It featured a fully independent suspension, welded sheet metal frame, and bodywork that was welded to the frame. The engine was two four-cylinder blo....[continue reading]

Launched at the 1952 Geneva Auto Show the displayed V-8 Fiat could not be called that because at the time the Ford Motor Company had a copyright on the term 'V8' so the car was called the Fiat 8V (or Otto Vu). The car is named after the peculiar 2-li....[continue reading]

The 8V motor was developed by Dante Giacosa at Fiat for sports car applications. Approximately 125 8V (2-liter, 8-cylinder) motors were produced and supplied to various Carrozzeria including Zagato, Vignale, and Siata. The car is powered by the 114 h....[continue reading]

The Fiat 8V chassis was built between 1952 and 1954 and is one of the marque's most legendary motor cars. Ghia built 14 extravagant 'Supersonics' penned by Giovanni Savonuzzi. Building upon his aeronautical background the streamlined body became a cl....[continue reading]

This Fiat 8V or Otto Vu is one of the great Italian sports cars of the 1950s, and was first shown at the 1952 Geneva Auto Show. Named after their 2 litre, narrow angle V8 engine designed by Dante Giacosa, Fiat outsourced most 8V bodies to Italian Car....[continue reading]

The Fiat Tipo 106 Otto Vu was introduced at the Geneva Auto Salon in March 1952, and just 114 of the 2-liter, 8V-engined cars were delivered before production stopped in 1954. About 63 Otto Vus were built with factory bodies and the rest were bodied ....[continue reading]

After two successful racing seasons, the 8V project began to wind down. They had produced 114 examples and decided to make the last and second series rolling chassis available to their sport customers. They assigned 25 chassis to La Zagato Srl of Mil....[continue reading] 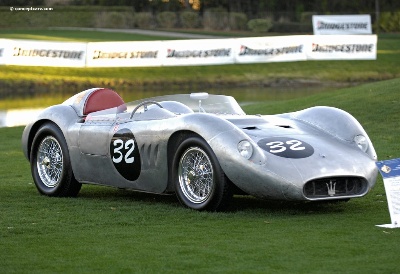 Historical and exotic automobiles from Fiat and Lotus will also cross the block this March Santa Monica, CA (February 5, 2015) - Gooding %26 Company, the auction house acclaimed for selling the worlds most significant and valuable collector...