Sold for $51,700 at 2007 The Hilton Head Sports & Classic Car Auction.
This 1917 Peerless Model 56 Two-Power Range Cloverleaf Roadster was offered for sale at the 2007 Sports and Classic Car Auction presented by The Worldwide Group, in Hilton Head Island, SC where it was estimated to sell for $50,000 - $70,000. It is powered by an eight-cylinder engine that measures 330 cubic-inches and capable of producing 80 horsepower. There is a three-speed manual gearbox and rear wheel mechanical drum brakes. It is finished in its original green paint scheme with black accents. The interior is black and contains all of its original instrumentation. There are many features and options including an electric horn, factory tool kit and jack, parabolic head lights with diffusing lamp, tail lamp, dash lamp with night light and extension cord and socket, ignition switch, and tool box lock. The Peerless Motor Car Company was established in Cleveland, Ohio in 1889, at the time they were known as the Peerless Wringer & Mfg. Company. In 1892 it became known as the Peerless Mfg Company, originally a washing-machine wringers producer. In 1895 the company moved to new facilities and began soon began making bicycles. By the turn of the century they were making automotive parts, at which time they were renamed to the Peerless Motor Car Company. Their craft was in the luxury car segment, hand building elegant and stately machines that rivaled all others that traversed the roadway. They were one of the 'Three P's', sharing that title with Packard and Pierce, of which were the dominant players that catered to the wealthy in society.
Peerless ran advertising that touted their product as having 'Silence and Comfort, all that the name implies.'
In the post war recession of the 1920s, Peerless, like many other prominent nameplates of the time, was forced to cater to a wider audience to stimulate sales. They lowered their prices and attempted to promote medium-sized cars. As the 1920s came to a close and followed by the Great Depression of the 1930s, the Peerless company was forced to close their doors forever. The company went out of business in 1931. This example offered for sale is one of the few remaining examples of its kind. The two-speed rear end for city and country driving was introduced in the eight line-up for 1916. The concept was continued through 1917. At auction, the rarity of this model, the exclusive heritage of the marque, and the wonderful restoration, were enough to entice a high bid of $51,700 including buyer's premium.
By Daniel Vaughan | Nov 2007

Sold for $49,500 at 2010 RM Auctions - Vintage Motor Cars of Hershey.
In 1907, Peerless began building sixes and in 1916 they followed Cadillac by introduced a new V-8 model. The Peerless V-8 displaced 331.8 cubic-inches, had side valves, and was built by Herschell-Spillman. An updated version of the engine followed in 1917, which was a vast improvement, and included dual exhaust and offered dual operating ranges with a Ball and Ball four-barrel carburetor that included an accelerator pump for additional performance. The Peerless V-8 would be the company's only powerplant until the introduction of the lower-priced Model 6-70 first introduced in 1925.This Two-Power-Range Cloverleaf Roadster has had a body-off rotisserie restoration in 2003. It is painted in factory-correct green paint with a black leather interior. It has a three-speed transmission, Boyce Motometer, driving lamps, electric horn, instruments, night light and tool kit. There are dual spares 34x4-inch Goodrich Silvertown Cord tires to mount on the cars 12-spoke wooden wheels.
In 2010, the car was offered for sale at the Vintage Motor Cars of Hershey auction presented by RM Auctions. It was estimated to sell for $55,000-$75,000 and offered without reserve. As bidding came to a close, the car had been sold for the sum of $49,500 including buyer's premium.
By Daniel Vaughan | Oct 2010

The Peerless Motor Company was founded in 1889 in Cleveland, Ohio to build washing machine wringers. In 1900, they began to assemble De Dion-Bouton vehicles under license. The company evolved into a manufacturer of high quality cars that lasted for more than ten years. This durability proved to be the company's downfall as potential buyers were drawn to other makes. The company made a drastic change of direction in 1931 when it ceased automobile production and began producing Carling Black Label beer.Barney Oldfield raced the original Green Dragon to many victories, earning Peerless a reputation for durability and speed. Several Green Dragons were used in the company's advertising. The 1917 model featured the company's first V-8, a 330 cubic inch model tax rated at 33.8 horsepower. Working horsepower was 80.This car was believed to have been a board track racer in the 1920s. It sat in a barn for several decades and was eventually rescued in the early 1990s. Since then, it has competed in more than 15 cross country road rallies, including The Great race, logging more than 80,000 miles. 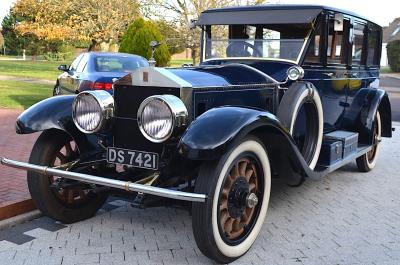 Whether youre a long-time classic car owner looking to add to your collection, are about to take your first steps into the joy of classic car ownership or are planning to delight someone by presenting them with their own piece of four-wheeled history... 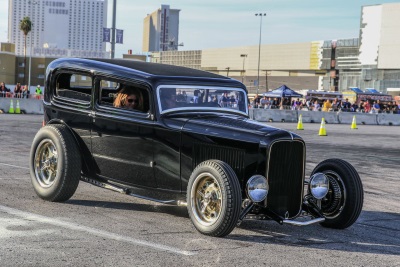 Las Vegas (November, 2017) – All three finalists in the fourth annual SEMA Battle of the Builders competition were equipped with period-correct tires made or distributed by Coker Tire, as the highly anticipated event reached its culmination... 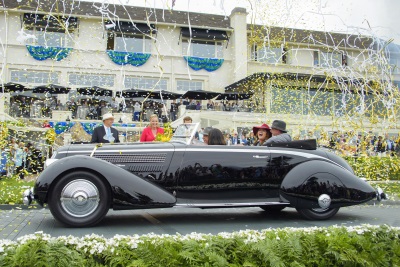 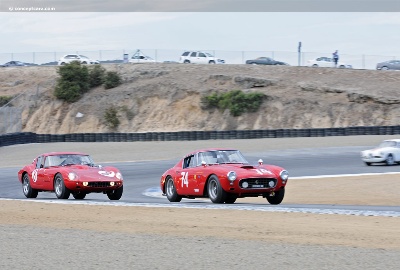 There are times to spectate and there are times to roll up ones sleeves and participate. At the Rolex Monterey Motorsports Reunion this year, both options brought abundant joy, as more than 550 authentic and historic race cars from nearly every decade...
© 1998-2020. All rights reserved. The material may not be published, broadcast, rewritten, or redistributed.