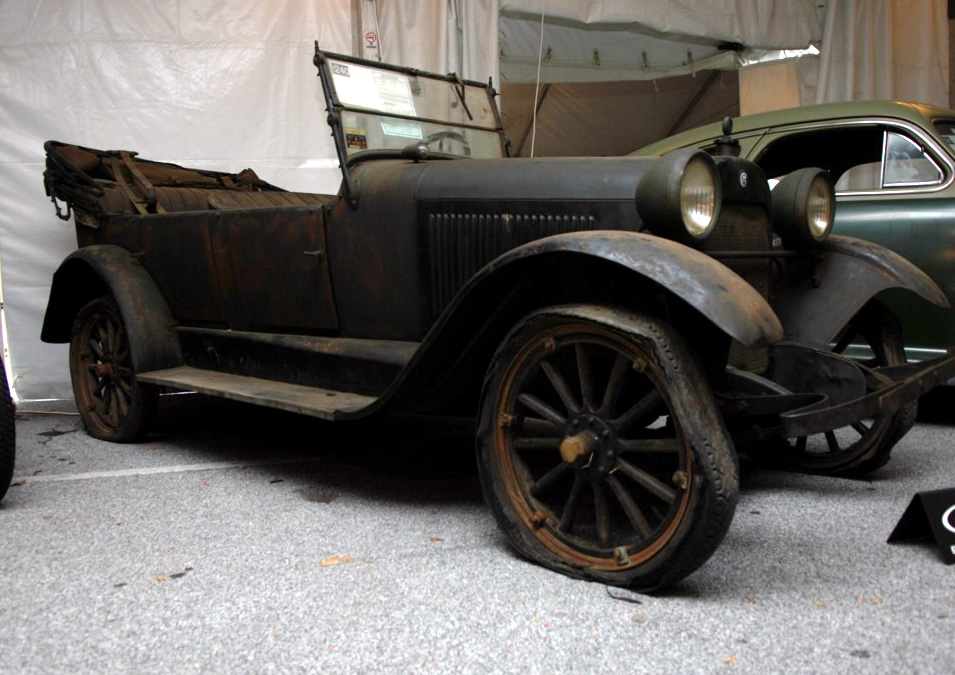 Sold for $7,700 at 2007 Vintage Motor Cars at Hershey.
As the automobile began to grow in interest, companies and those eager to capitalize on this new market scrambled to meet the demand. Prior to World War I, hundreds of individuals and companies sprung-up in every major city and throughout the United States trying to create their version of the horseless carriage. Many would be out of business within a few years. In 1903 Jonathan Maxwell, with assistance from Benjamin Briscoe, designed and built their first motor car, and soon the Maxwell-Briscoe Company was formed. Production began in 1904 in facilities located in Tarrytown, New York. Within the first year, they were able to create 532 cars, an astonishing accomplishment considering the evolutionary stage of the motor car in that era. As time progressed, their vehicles improved as did the mechanical capabilities and durability. A shaft drive replaced the chain drive in 1905.
In 1908 William C. Durant and his Buick marque tried to convince the Briscoe brothers, Frank and Benjamin, to become apart of a single corporation called 'General Motors Corporation.' Talks fail though each would go on to form their own 'large entity' corporation. Durrant formed 'General Motors' and the Briscoe brothers formed the United States Motor Company, consisting of their Maxwell-Briscoe Company and Brush Motor Car Company. Brush Motor Car Company was formed in 1907 by Alanson P. Brush and located in Detroit, Michigan. It was known for its simplistic vehicles consisting of a single-cylinder engine using chain drive to propel the wood frame vehicle. Many other small, independent companies soon joined the United States Motor Car Company, including Columbia, Brush, Maxwell, Stoddard-Dayton, Courier, Sampson Trucks, Chalmers, and more.
In 1910 Maxwell ranked third in U.S. sales behind Ford and Buick. Chalmers cars were named after Hugh Chalmers of the National Cash Register Company, who bought into the Thomas-Detroit car company in 1907 and changed the name to Chalmers-Detroit. Within a few years, the 'Detroit' part was dropped and it was simply known as 'Chalmers'. Just prior to World War I, the United States Motor Company dissolved due to conflicts between two of its primary financial supporters. These individuals also had financial interests in the General Motors Corporation. Walter Flanders purchased the ailing Maxwell Company and continued to produce cars using its nameplate. The company survived until 1924 when Walter P. Chrysler merged it with his new Chrysler Corporation.In 1917 Maxwell's business was successful while the Chalmers Company's sales were stagnating. Maxwell had secured many government orders for the war efforts and was finding it difficult to keep pace with demand. Maxwell formed an agreement with Chalmers for the lease of their production plant on Jefferson Avenue to aid in the production of their Highland Park facility. The agreement stated that Chalmers cars would be sold through Maxwell's dealerships. When wartime ceased, both Maxwell and Chalmers were met with the harsh reality of a post-war recession, slow sales, material shortages, tough competition, rapidly evolving technology, and increased prices. In 1920 the Maxwell Company produced 34,169 cars but was only able to find buyers for about 8,200 of them. Walter P. Chrysler headed a reorganization committee which formed the Maxwell Motor Corporation with Chalmers in May of 1921. Walter Chrysler was named Chairman of the Board. Production of the Maxwell and Chalmers cars continued in the early 1920s. The companies tried much to survive in the Post War era, but were met with slow sales and build problems. Production of the Maxwell Cars limped along until 1924 and on June 6 of 1925, the Chrysler Corporation was formed replacing the Maxwell Motor Corporation.
1920 Chalmers Model 35-C 5-Passenger Phaeton
This 1920 Chalmers Model 35-C 5-Passenger Phaeton was brought to the Vintage Motor Cars sale at Hershey, PA presented by RM Auctions. It was estimated to sell for $10,000 - $15,000 and was offered without reserve. The lot was sold for a high bid of $7,700.
This car is powered by a six-cylinder L-head engine that displaces 224 cubic-inches and produces 45 horsepower. There is a three-speed manual transmission and two-wheel mechanical drum brakes. The wheelbase measures 117-inches and is held in place by a solid front axle and a live rear axle with front and rear semi-elliptic leaf springs.It is covered in surface rust but is straight and fairly solid. There are dents and dings throughout and the paint has become very weathered. The leather seats have become hardened and cracked and there is a full top but the canvas does not work properly. The odometer reads 28,854 miles and was last inspected in 1942 in Pennsylvania.
By Daniel Vaughan | Dec 2007

Plug and Play Detroit powered by AmplifyD will provide streamlined access to an ecosystem of hundreds of technology startups, with an emphasis on women and minorities January 2, 2020 , Auburn Hills, Mich. - FCA today announced that it will... 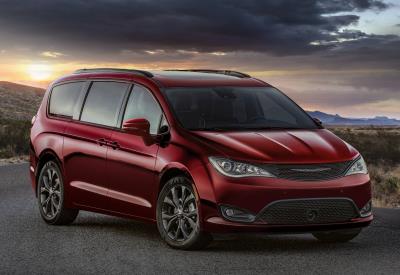 Arriving in dealerships this summer, the 35th Anniversary Edition is designed to celebrate more than three decades of minivan leadership with new badging, an all-black interior with Cranberry Wine accent stitching and upgraded content packaged at va... 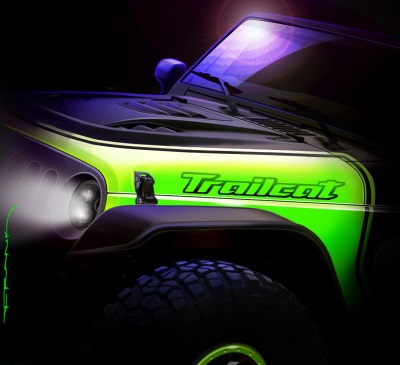 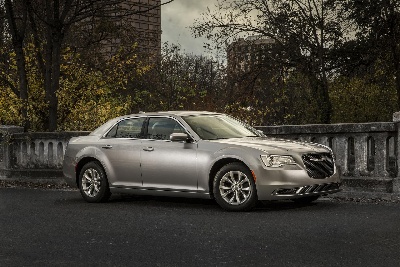 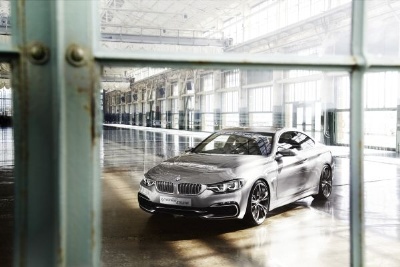 Captivating looks laced with premium quality and groundbreaking innovations are the standout features of the models charged with continuing the success of the BMW brand into the future. The NAIAS 2013 in Detroit will see BMW presenting visitors with...
© 1998-2021. All rights reserved. The material may not be published, broadcast, rewritten, or redistributed.