• Powered by an extensively modified version of the 2.0-litre Turbo FSI petrol engine delivering 272PS and peak torque of 350Nm between 2,500 and 5,000rpm

The 'S' emblem that spells extraordinary performance in the Audi range graces the TT for the first time this month in a new, even more focused version of the iconic sports car debuting at the North American International Auto Show (January 19-27). Destined for the ÚK in mid-2008 in both Coupé and Roadster body styles, the TTS earns its esteemed badge through the adoption of a specially developed, 272PS Turbo FSI petrol engine complemented by state-of-the-art chassis technology.

Vital Stats
Engine : 2.0 L., 4-cylinder
Power: 268 hp
Torque: 258 ft-lbs
6-speed ManualAutomatic
Extensive revisions to the acclaimed 2.0-litre turbo charged and directly fuel injected petrol engine that already powers the TT have enabled its power to be boosted from 200PS to 272PS and its torque from 280Nm to 350Nm, available between 2,500 and 5,000rpm. Linked to six-speed, close ratio manual transmission the enhanced unit slingshots the TTS Coupé from rest to 62mph in just 5.2 seconds, and on the Autobahn is only curtailed by its electronic limiter at 155mph. With the optional S tronic dual-clutch automatic transmission acceleration times are reduced by a further two-tenths of a second in both the Coupé and Roadster.

In addition to the evocative 'S' insignia, the most extreme production TT to date highlights its capabilities from the front through newly designed bi-xenon headlamps incorporating trademark Audi LED strip daytime running lights, a redesigned front apron incorporating larger air intakes and aluminium-look door mirror housings. The profile view is enhanced by deeper side skirts and exclusive 18-inch alloy wheels, which can be swapped for 19-inch alternatives at extra cost, while at the rear a revised rear bumper with - for the first time in a TT – four tailpipes protruding from its extended diffuser subtly conveys the newcomer's extra performance potential.

Audi Space Frame (ASF)
Streamlined by its revolutionary lightweight Audi Space Frame aluminium and steel hybrid body shell, and pinned to the road by a comprehensively modified, quattro four-wheel-drive-equipped chassis, the new TTS has been designed to maximise the TT's inherent fun factor while retaining its safe, surefooted feel. Reworked power steering and enlarged brakes help the driver to profit fully from the exceptional performance, and to guarantee the highest degree of agility in all situations the space-age Audi magnetic ride adaptive damping system is fitted as standard.

The magnetic ride system's sophisticated dampers are filled with a magnetorheological fluid containing minute magnetic particles that can be influenced by an electromagnetic field. By applying a voltage to the system's electromagnets, the viscosity of the fluid is altered by the affected magnetic particles, increasing resistance to damper movement to iron out pitch and roll when necessary, and reducing resistance when ride comfort takes precedence.

The new sports model is not only notable as the first TT to become a member of the esteemed Audi 'S quattro series', which numbers extra special models such as the 450PS S8 quattro among its ranks. Significantly, it also debuts on the tenth anniversary of the TT, the Coupé version of which became an overnight sensation following its launch in 1998.Source - Audi 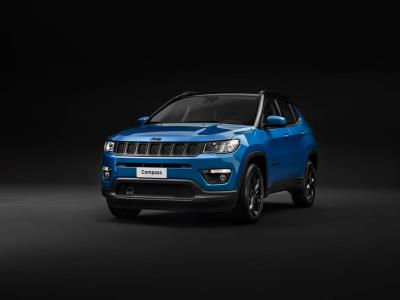