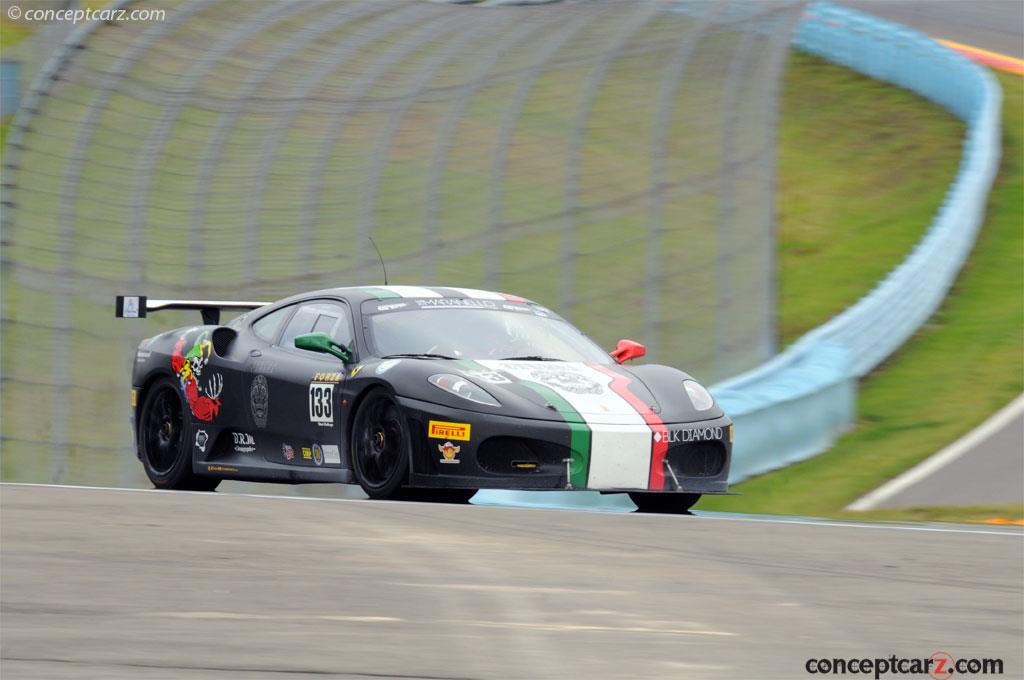 Ferrari has also reaffirmed the strong link between its GT and sporting divisions with the new F430 Challenge which is specifically designed to meet the expectations of its sportier clients. The F430 Challenge retains the same general look and 490 hp engine as the road-going version. However, it also incorporates a large number of significant track-oriented modifications and a host of new features not seen in the car currently used in the series, the 360 Challenge, which it joins on the track next season and completely replaces in 2007.

An intensive series of development tests held at Fiorano and other prestigious circuits have honed the F430 Challenge's talents too. In fact, it offers a stunning series of features sure to meet with the approval of its drivers. As ever, the transfer from Formula 1 is significant, particularly with regard to the braking system which uses carbon-ceramic material (CCM) – a first for a Ferrari sports competition car.

The electronic gearbox is also F1-derived and works in exactly the same way as the one used aboard the Grand Prix car. Thanks to a sinterised two-plate clutch and specific software, it also offers the same gear-changing times as the road-going F430 (150 ms) in the much more extreme track conditions. Fifth and sixth gear ratios have also been modified with respect to the road-going version as has the final drive ration order to make the very most of the engine on all the circuits where the F430 Challenge will race. 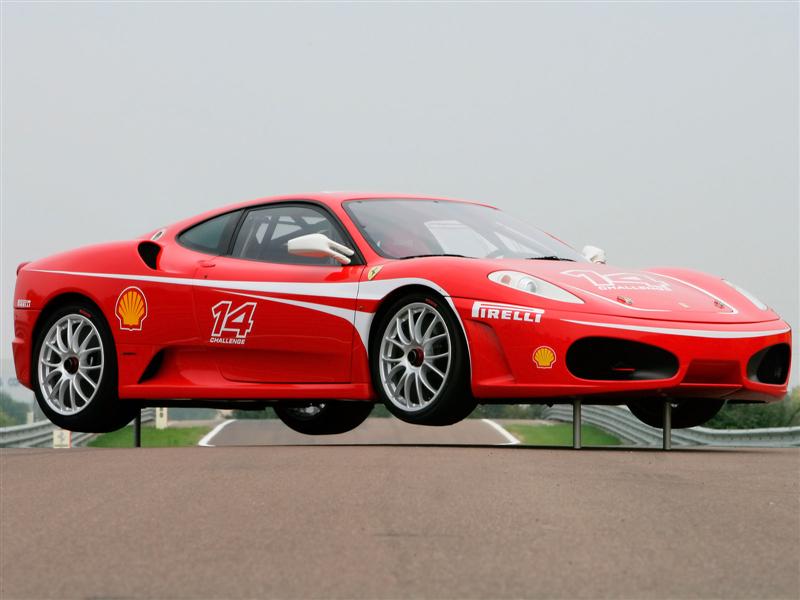 New 19'' slick tyres were also developed specifically by Pirelli and are designed to comply with the very strict racing regulations that demand endurance whilst still delivering blistering performance.

The F430 Challenge boasts a kerb weight of just 1,225 kg (excluding petrol). Weight has been reduced in every area of the car, from the engineering to the bodywork. Of particular note are the Lexan® windscreen, the all-carbon fibre intake plenum cover, and the specific exhaust system. To ensure that drivers get the full benefit of the car's sporty prowess on the track, the E-Diff has been replaced by a mechanical differential and the EBD has been replaced with a mechanical system.

Similarly, the stability and traction control is permanently disengaged and 'race' settings have been maintained on the gearbox and engine management system, along with the ABS and ASR, thus doing away with the manettino switch. The ASR can be deactivated by the driver at will.

The most notable of the other solutions introduced in the new F430 Challenge is the new steering wheel with a quick release mechanism to make it easier to get into and out of the car. The wheel is also equipped with buttons for radio contact with the pits, to set the pit lane speed and interface with the new colour digital instrument panel. The rear of the car is characterised by a new exhaust system which has high central tail pipes, and by the modified grille which increases the extraction of hot air from the rear of the engine bay. The anti-roll bars, springs and single-rate shocks have all been modified for racing use too. The centre locking wheels make wheel changes faster too as does the fact that the car incorporates pneumatic jacks.Source - Ferrari