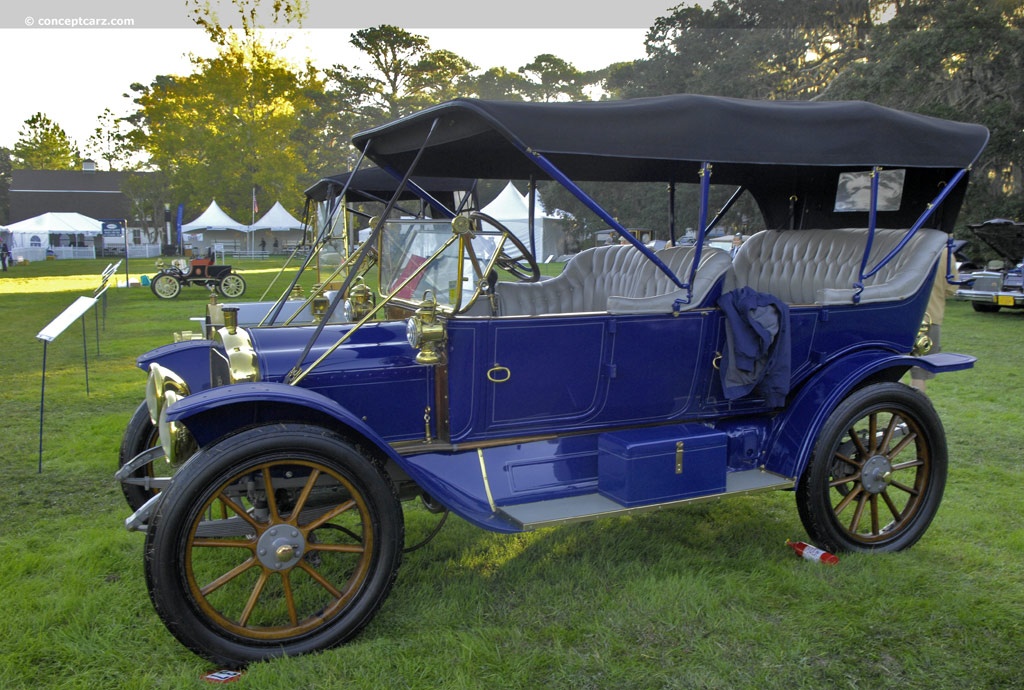 The Cleveland-based White factory developed into a premier manufacturer of luxury steam automobiles. It used an existing network of White Sewing Machine distributors to sell its vehicles both domestically and internationally.

White turned out 719 steam powered model Ds and one, outlined with electric lights, was suspended from the ceiling at the Cleveland Automobile Show in 1904. White gave out white carnations and hat pins shaped like the little 1904 White Model D to all female visitors to the show.

Eventually, White shifted over to gasoline-powered automobiles, as gas won the 'war' of popularity against both steam-powered and electric-powered cars. White then shifted to produce only trucks after World War I. After becoming one of America's biggest truckmakers, White went bankrupt in 1980.
by Daniel Vaughan | Nov 2008

Thomas White, known for the White Sewing Machines that were built under his name, purchased a Locomobile Steamer for use, and determined the steam boiler was very unreliable. His son, Rollin, set out to improve the boiler. After some success in imp....[continue reading]

Before the turn of the 20th Century, Thomas White of Cleveland acquired a Locomobile steamer. Unhappy with the quality and reliability, he turned to his son, Rollin - a Cornell engineer - to perfect the water tube steam generator which resolved most ....[continue reading]