Volkswagen's new technologically innovative and environmentally responsible Touareg V6 TDI is one of the most fuel efficient and cleanest SÚVs in the world, and it will be available for Ú.S. consumers in Spring 2009. The Touareg V6 TDI defines a completely new generation of extremely economical and low emission SÚVs and reinforces Volkswagen's leadership in Clean Diesel technology with the most sensible alternative fuel powerplants available today.

The Touareg V6 TDI Clean Diesel is powered by a 3.0L, turbocharged six cylinder engine that produces 225 horsepower and an impressive 407 lbs-ft. of torque. Útilizing third generation common rail injection and the most advanced catalytic converter system in the world, it meets Tier 2, Bin 5/ÚLEV II standards and will be available in all 50 states.

Helping the Touareg V6 TDI meet the most stringent emission requirements of the world is its advanced DeNOx system, just one of the vehicle's many technical trademarks. The Touareg V6 TDI is one of the first SÚVs in the world to have this advanced type of catalytic converter on board. Its job is to convert nitrogen oxide (NOx)
components of the exhaust gas into nitrogen and water without forming any undesirable side products. The nitrogen oxides are converted in the DeNOX catalyst using a synthetically produced aqueous solution of urea known as AdBlue, which is transported on the Touareg V6 TDI in a four and a half gallon auxiliary tank located under the spare tire. The urea-based solution is continuously sprayed into the exhaust gas stream upstream of the DeNOx catalyst. It is metered according to the mass flow rate of the exhaust gas, and the engine management system provides for precise control based on information from a NOx sensor downstream of the DeNOx catalyst. Finely atomized by a screen, the urea is transformed in the hot exhaust gases upstream of the DeNOx catalyst. In the DeNOx catalyst, it reacts with the nitrogen oxides and splits them into nitrogen and water, reducing the NOx emissions by up to 90 percent. The AdBlue additive is nontoxic, odorless and biodegradable.

The third-generation common rail fuel injection system makes the Touareg V6 TDI one of the most fuel efficient SÚVs in the world. With a new high pressure pump design, the system builds up a pressure of 2,000 bar or approximately 29,000 psi. The piezo fuel injectors also have been modified for the Touareg V6 TDI. Their smaller
eight-hole nozzles inject fuel into the combustion chambers in miniscule volumes. This new design and high-pressure pump make fuel injection even more precise and dynamic, a major factor in the engine's fuel efficiency.

The Touareg V6 TDI delivers excellent fuel economy figures. On the highway it attains an impressive 25 mpg according to EPA ratings. With a fuel tank capacity of 26.4 gallons, that equates to a driving range of more than 600 miles to the tank, all while emitting fewer emissions.

The 2009 Touareg V6 TDI can be equipped with two new technologically advanced safety systems. An optional Adaptive Cruise Control (ACC) system automatically brakes (to a complete stop if necessary) and accelerates the Touareg V6 TDI within a speed range preset by the driver. The forward collision warning ACC system lightens the
driver's work by active braking and acceleration, which enhances driving comfort — especially during long expressway trips. Once set, the ACC setting can be temporarily deactivated as soon as the driver depresses the brake pedal.

The Insurance Institute for Highway Safety found in a study released last Spring that forward collision warnings, like ACC available on the Touareg, showed potential to avoid or mitigate crashes. The Institute said such systems could be relevant to more than 2 million frontal crashes that occur each year and account for more occupant fatalities than any other kind of crash.

Another driver assistance safety system being offered is the optional Side Scan lane change assistant. This system monitors areas behind and next to the Touareg TDI via radar sensors in the rear bumper, one sensor on each the right and left side of the rear bumper, and signals a potential collision via a warning light located in the outside mirror housing. If the Side Scan system detects a critical situation to the left or right of the Touareg TDI without the driver having activated the turn signal to indicate a lane change, a warning lamp in the mirror housing is lit. If the driver does activate the turn signal to indicate a lane change and the system detects that the lane is occupied, the lamp flashes four times to draw attention to the potential hazard.

Vital Stats
Engine : 3.0 L., 6-cylinder
Power: 221 hp
Torque: 407 ft-lbs
6-speed Automatic
Like the rest of the Touareg line-up, the Touareg V6 TDI interior creates an environment that is visually pleasing, modern, and as meticulously detailed as anything found in the luxury utility category.

High quality materials; tactile, low-gloss surfaces; and rich luxurious colors are combined with superb fit and finish. While pleasing and modern to the eye, the interior also follows the traditional Volkswagen design philosophy that form must always follow function. An instrument cluster with an optional color enhanced display screen provides a
wealth of information and customization for the true driver.

Luxury seating with a standard 12-way power driver's seat makes it easy to find just the right seating position for optimum driving comfort. Individual controls are intuitively grouped and incorporate manageable buttons and controls, a fact clearly conveyed in the compact center console arrangement that includes a standard dual-zone
system that can be set at constant temperature.

Like all Volkswagens, the Touareg V6 TDI includes the Prevent and Preserve Safety System, consisting of more than 45 safety features. As standard equipment, the Touareg V6 TDI includes six airbags (dual-stage front; dual front side thorax; and side curtains); seatbelt pretensioners at all outboard seating positions; and three-point safety
belts with emergency locking retractors at all seating positions as well as load limiters in the front. An advanced tire pressure monitoring system also is standard equipment as is an intelligent crash response system.

The Touareg V6 TDI comes standard equipped with the Electronic Stabilization Program (ESP). This is important because the National Highway and Traffic Safety Administration (NHTSA) has reported that ESP results in 35 percent fewer single-vehicle crashes and 30 percent fewer single-vehicle fatalities in passenger cars. Volkswagen is
one of the only original equipment manufacturers to provide an electronic stability control system on its entire product line as standard equipment — ahead of NHTSA's deadline requiring vehicles in the 2012 model year to include stability control systems. 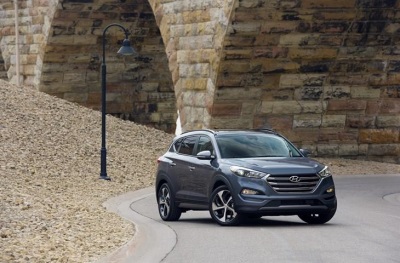 FOUNTAIN VALLEY, Calif., Sept. 24, 2015 – In one of the industrys most rigorous tests of vehicle safety, the 2016 Hyundai Tucson and 2016 Sonata both earned the Insurance Institute for Highway... 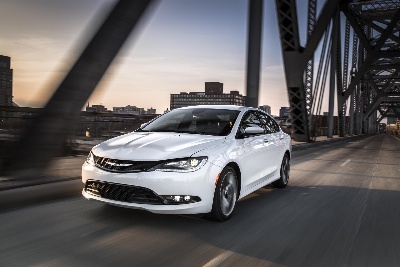 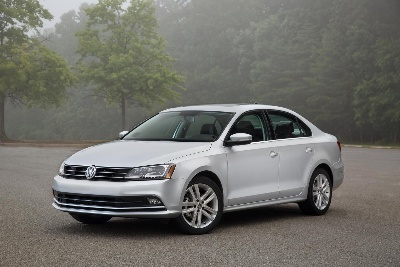 Herndon, VA – (September 18,2014) The redesigned 2015 Jetta, when equipped with the optional Forward Collision Warning system, has been named a 2014 TOP SAFETY PICK by the Insurance Institute...

August sales total 35,181 units The all-new Golf delivered 1,773 units for the month, marking a 17.3 percent increase in sales for the model over the previous August The Golf GTI delivered 2,026 u... 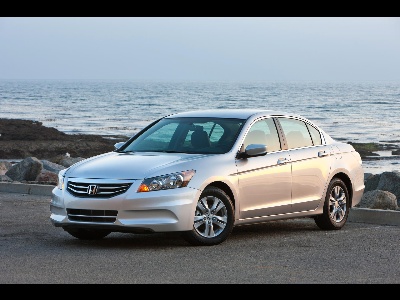 Certain model year Honda Accord, CR-V, Element, Odyssey and Pilot vehicles rated as some of the best pre-owned vehicles for teen driver safety Honda is the most durable, longest lasting brand in its...
© 1998-2020. All rights reserved. The material may not be published, broadcast, rewritten, or redistributed.