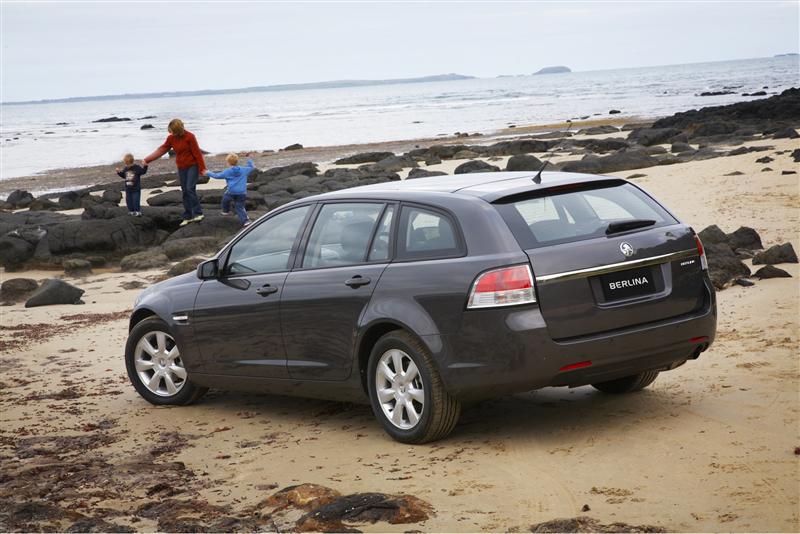 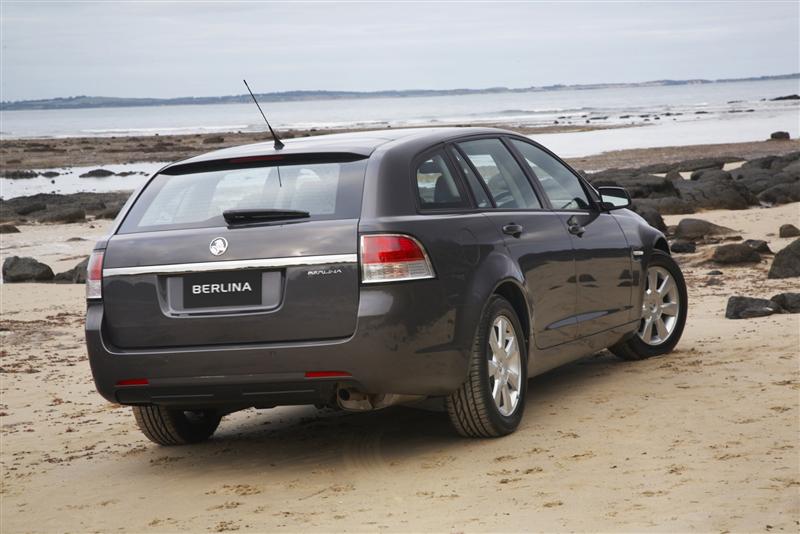 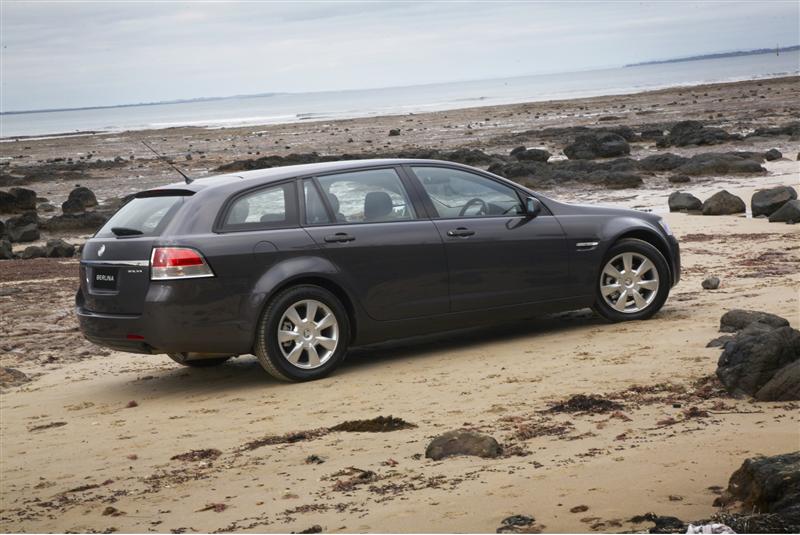 The all-new Holden Sportwagon has been widely praised for its stylish good looks since being unveiled as a production-based concept at the Australian International Motor Show in Sydney last year. 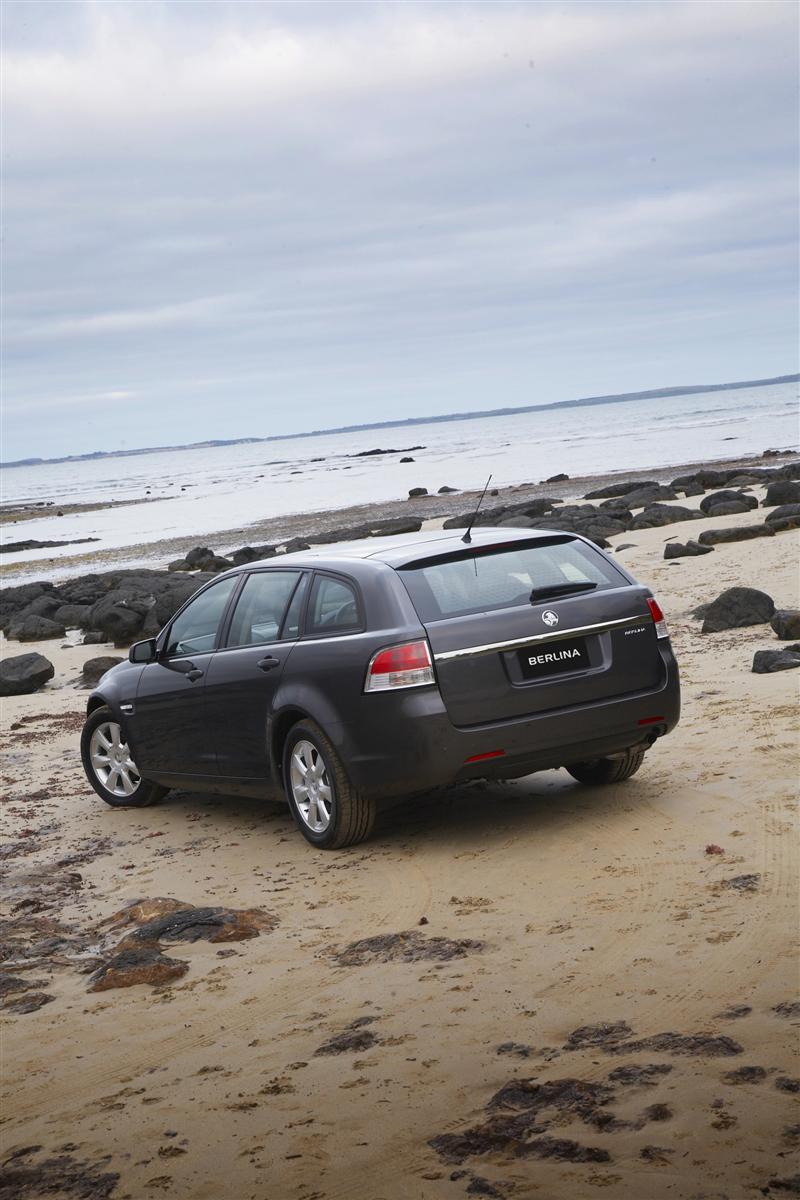 Sportwagon offers all the ride and handling benefits of a sedan in a desirable and practical body style set to appeal to private and business buyers alike.

The range has more than doubled from three to seven variants over the previous generation, increasing choice for customers. Enhanced safety features include Electronic Stability Program (ESP®), six airbags (including curtain airbags) and Rear Park Assist standard across the range.

Price is another drawcard, with the 2008 Holden Sportwagon range starting from $37,790# for Omega and each model only $1,000 more than its Commodore sedan equivalent.

GM Holden Chairman and Managing Director Mark Reuss said: 'The Holden Sportwagon hits the sweet spot between form and function. We are excited about its potential.

'Where 90 per cent of Holden's wagon sales have traditionally gone to fleets, Sportwagon can redefine the wagon stereotype by bringing greater style and performance to this segment and putting excitement back into practicality.

'The generous interior space, combined with sporty styling and sedan-like handling, will give this vehicle a competitive edge and it challenges traditional SÚV buyers to take another look at a wagon.

'Sportwagon demonstrates the flexibility of our local operations and stretches the body architecture in yet another way to maximise the value of our investment in the all-new VE range. 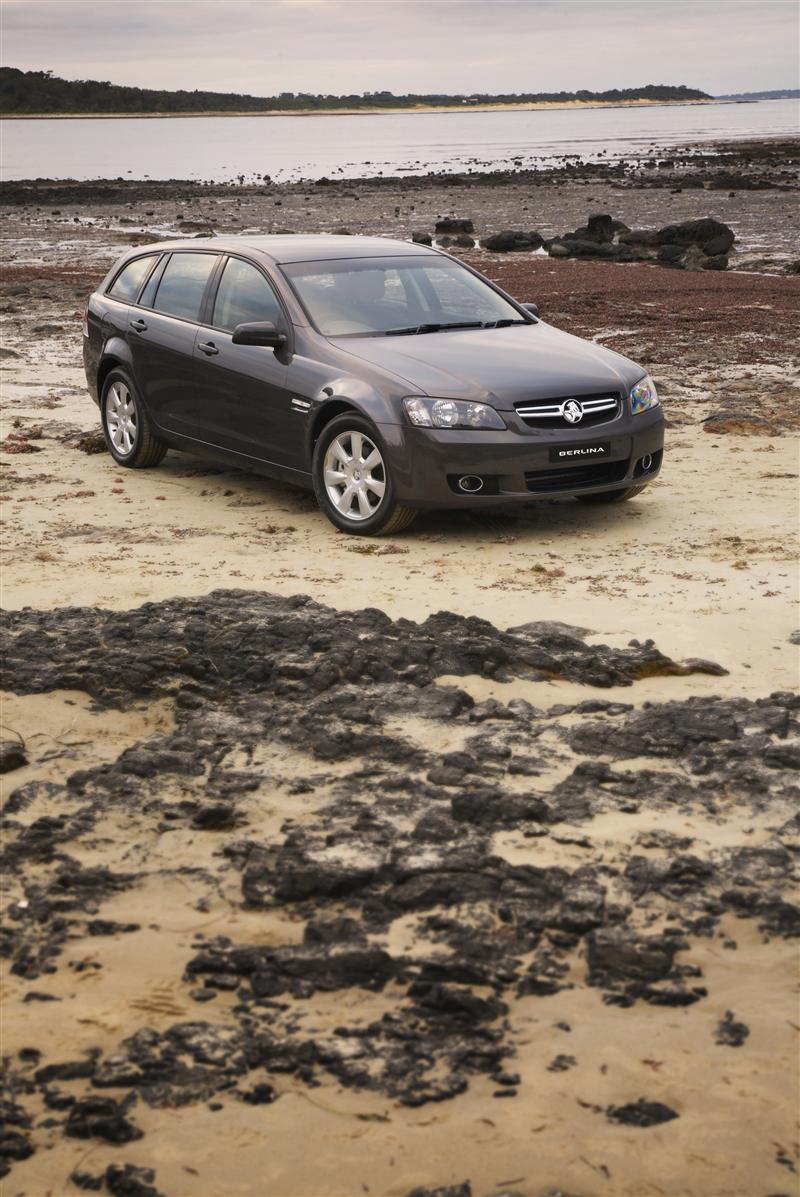 'This is another great example of a world class product designed, engineered and built in Australia that all Australians can be proud of.'

Clever design sees the new Sportwagon using the same short wheelbase underbody as the Commodore sedan to give the sleek proportions and driving dynamics of a sedan, yet deliver a spacious cargo area. Cargo space of 895 litres with rear seats up increases to 2000 litres with the seats folded down.
The length of the cargo area extends to almost two metres with rear seats folded flat. Sportwagon boasts the largest amount of rear headroom of all the VE variants and increased rear knee and leg room over its VZ predecessor.

It has improved accessibility by allowing better reach into the vehicle and the more vertical tailgate opening action requires less clearance behind the car, making access easier in car parks and other confined spaces.

Functionality is also further improved with the introduction of a two-position cargo blind that slides up the D pillar. When raised, it allows items to be loaded to window height and it can be easily lowered again to conceal and protect valuable objects without the inconvenience of having to reach into the back seat.

Other design improvements likely to appeal to family and business users alike include a higher cargo floor load level than the previous model and handy features including:

GM Holden has introduced a rear-view camera option for all Sportwagon models, continuing to reinforce the popular Sportwagon as the smart new choice for families.

A first for a locally built Holden, the significant safety feature helps eliminate blind spots when reversing and works in conjunction with rear park assist which is standard across the Sportwagon range.

The option is available as a full colour screen on Calais, Calais V-Series and SS V-Series Sportwagon and a rear-view mirror screen on all other Sportwagon models.

The factory-fitted option is available for the recommended retail price of $500.

'This is a significant, competitively priced feature that will enhance safety for passengers and pedestrians,' Mr Brook §äid.

'Sportwagon has strong appeal to customers with young children where safety is a key priority in their decision to purchase a new car.

'It is an important addition that complements Sportwagon's many standard safety features including Electronic Stability Control and six airbags.

'It's an essential tool for people who need to park in tight spaces or hitch their vehicle to a trailer, caravan or boat.'

The all-new Sportwagon has been a hit since its launch earlier this year. Sportwagon outsold all SÚVs across the compact, medium and large segments in September and has maintained Commodore's position as the country's best selling vehicle so far in 2008.Source - Holden
Concepts by Holden