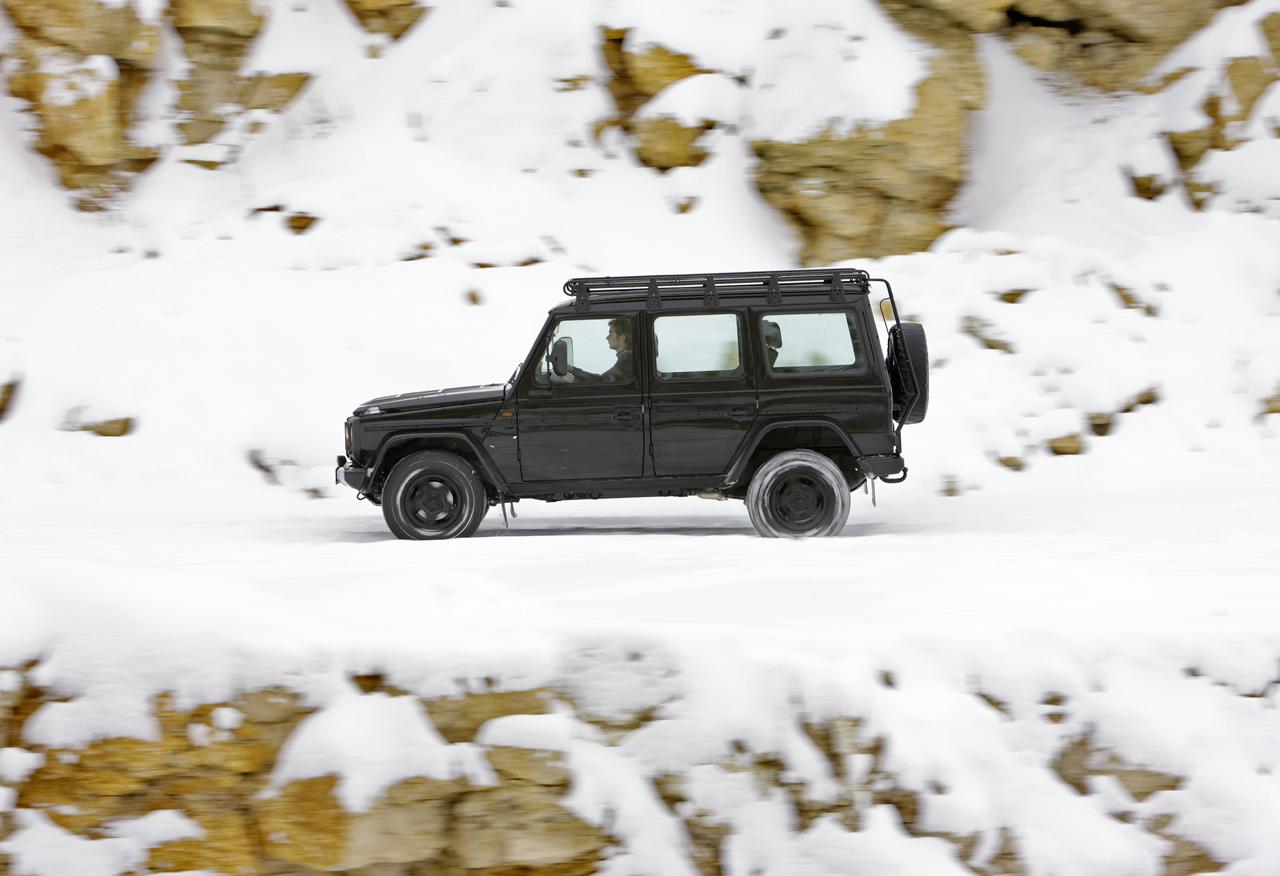 It is now 30 years since production of the Mercedes-Benz G-Class began. The Stuttgart-based car maker first unveiled this robust off-roader to the public in 1979, since when it has delivered a total of some 200,000 units of the G-Class to customers around the world. Its still striking appearance, which has remained substantially unchanged throughout its 30-year career, plus outstanding engineering, has secured this Mercedes-Benz off-roader cult status in the automotive world, and made it one of the most coveted vehicles of its type on the market.This model family, which is acknowledged to be the best in the off-road sector, bears the succinct 'G' prefix in addition to the Mercedes star, has won the Paris-Dakar Rally, is a means of transport considered fitting for the Holy Father, has become an automotive styling icon, continues to emerge victorious in reader votes and represents the gene pool for the Mercedes-Benz SÚV family, which has meanwhile grown to five model series. And that is not all: with a production life of 30 years, the 'G' is easily the longest-serving passenger car series in the more than 120-year history of Mercedes-Benz. Continuous model updates keep the G-Class up to the latest technological development status and guarantee a superior drive system, but without diluting its essential character. Thanks to a combination of permanent all-wheel drive, the electronically controlled traction system 4ETS, ESP®, a 'low-range' gearbox and three selectable differential locks, the G-Class is equal to any off-road challenge while ensuring the handling safety expected of a Mercedes on the road.Last year too, both the comfort-oriented 463 series and the utility-oriented 461 series of the G-Class held their own outstandingly throughout the world. There are currently no plans to bring this success story spanning three decades to an end.Dr. Dieter Zetsche, Chairman of Daimler AG: 'We have sold 200,000 examples of the 'G' to date. The vehicle is now more successful than ever, and the customers are more enthusiastic than ever. Perhaps we will be celebrating yet another major anniversary in ten years time.'The unending story begins in 1972

The development of an off-road vehicle began in 1972, with a cooperation agreement between Daimler-Benz and Steyr-Daimler-Puch in Graz, Austria. In 1975 the decision was taken to commence series production and construct new production facilities in Graz, where the G-Class is still mainly hand-assembled to this day. When the series was premiered in spring 1979, four engine variants were available with outputs from 53 kW/72 hp to 110 kW/150 hp, either as a Convertible with a short wheelbase or a Station Wagon with a short or long wheelbase. After continuous model facelifts and further development during the first ten years, a major development step was taken in 1989, when the G-family had offspring. As an addition to the revised original model with the in-house series designation 460, which was in future to be destined mainly for utility-oriented users, the range was extended with the 463-series models. With new, permanent all-wheel drive, differential locks at the front and rear axles, which now became standard equipment, and a fully lockable inter-axle differential, these marked a new technical departure. ABS also became available as an optional extra. The completely redesigned interior impressed with new comfort features such as new seats, interior body panels, a centre console, a new dashboard and exotic wood trim.Since September 2001 the G-Class has also featured the trailblazing handling stability, traction and braking control systems ESP®, 4ETS and Brake Assist.A full range: the current G-Class

The current model family is available in three body variants (short-wheelbase Station Wagon, long-wheelbase Station Wagon, Convertible), which can be combined with either the economical V6 CDI engine developing 165 kW/224 hp and 540 newton metres, or a powerful 5.5-litre V8 petrol engine with 285 kW/ 388 hp and 530 newton metres. The top-of-the-range G 55 AMG, which is available only as a four-door, long-wheelbase Station Wagon, has a supercharged V8-engine generating an output of 373 kW/507 hp and an impressive maximum torque of 700 newton metres. The result is shattering performance that goes together with an incomparable sound to characterise this particularly sporty version.
Another important model in the range is the G-Guard, which is based on the long-wheelbase G 500 Station Wagon. This fully-armoured special protection G-Class is certificated to protection class B6 or B7 against attacks with handguns, longarms and explosive charges of defined size.G-Class EDITION30 and G-Class EDITION30.PÚR: Spectacular special models to mark the anniversary

The fact that the G-Class was designed for operations in the most difficult terrain right from the start is made particularly clear by the special EDITION30.PÚR model based on the G 280 CDIfrom the G 461 series. This long-wheelbase Station Wagon pays homage to the first-generation G-Model, has been optimised specifically for the toughest assignments off the beaten track and is therefore the future dream car for world travellers, expedition leaders, confirmed fans of the 'G' and customers who are in search of an automotive rarity with uncompromising reliability and the ability to go anywhere. With the optional 'Off-road package 1' or 'Off-road package 2', the G EDITION30.PÚR can e.g. be equipped for any eventuality with all-terrain tyres in size 265/75 R 16 on aluminium wheels, flexible wheel arch flaring, protective grilles for the headlamps and lights, a walk-on bonnet for easier access to the optional roofrack, a towing lug at the front and a two-section rear door. In the interior there are four individual seats upholstered in hard-wearing fabric or man-made leather, rubber floor coverings in the passenger compartment, spray-protected controls and drainage apertures in the footwells. A load compartment with a wooden floor, load lashing lugs and rails is standard, as are an auxiliary heater and manually operated air conditioning to cope with any climatic zone encountered.With the special EDITION30 model based on the G 463 series, Mercedes-Benz is once again demonstrating the possibilities of the G-Class with respect to comfort and prestige. Externally, this long-wheelbase G 500 Station Wagon is distinguished by a designo platinum black paint finish, specially designed light-alloy wheels and EDITION30 lettering on the wings. The interior of this G 500 impresses with designo leather in the colour 'chablis' and designo trim in anthracite poplar wood.The two special models can be ordered from mid-February 2009. The 'EDITION30.PÚR' from the 461 series costs from 59,381 Euro incl. VAT, while the 'EDITION30' based on the long-wheelbase G 500 Station Wagon is priced from 97,461 Euro incl. VAT.Source - Mercedes-Benz 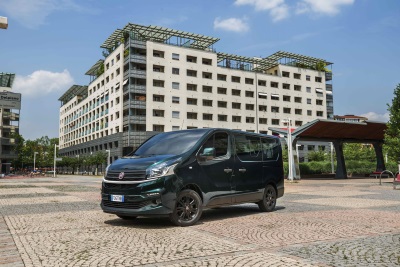