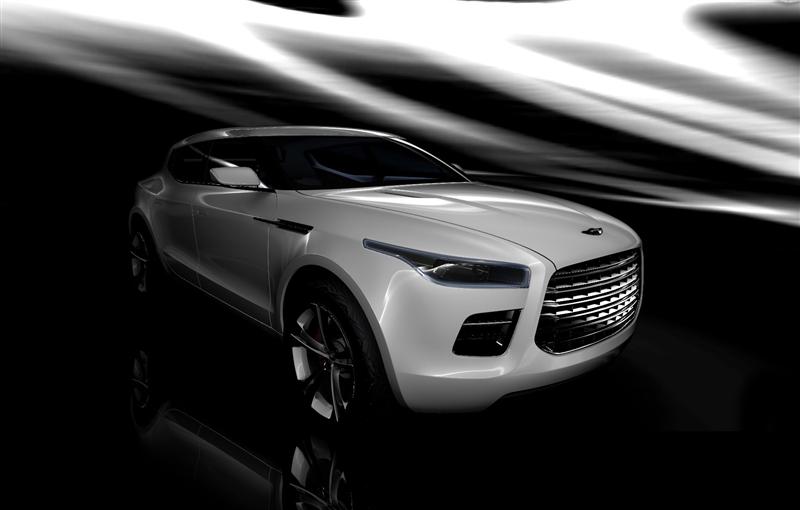 Aston Martin is proud to announce the return of Lagonda, one of the most iconic names in luxury car manufacturing. The intention is for Lagonda to enter the market place with a unique performance luxury product, a vehicle that combines exceptional ability with unsurpassed elegance, inside and out. 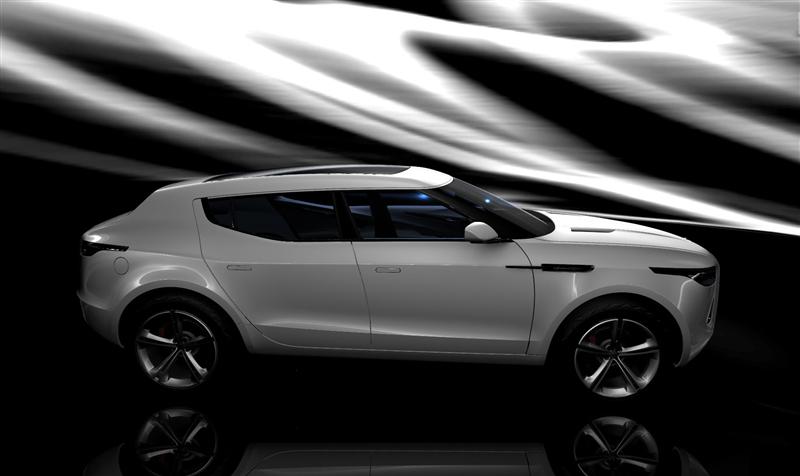 Lagonda's return signals a major expansion of Aston Martin's product line, taking the company into new and emerging markets around the world. To demonstrate the Lagonda vision, the LAGONDA CONCEPT has been created, a car that epitomises the intersection of craft, design and technology with Aston Martin's established high performance expertise. 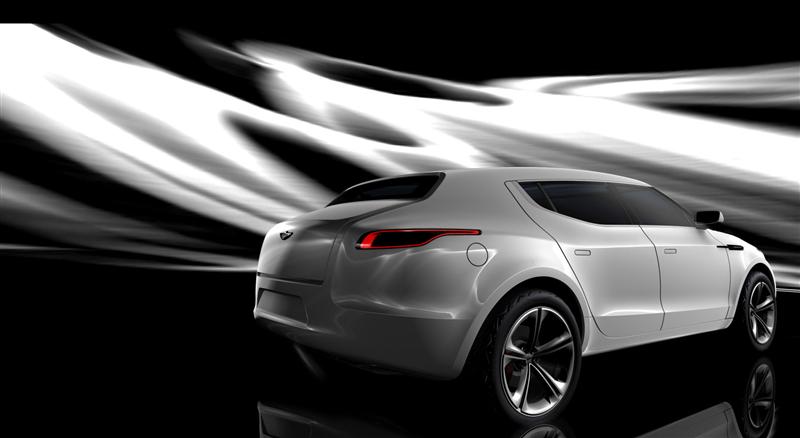 The LAGONDA CONCEPT is an avant-garde luxury vehicle; with powerful four-wheel drive, a four-seater car that will satisfy the most discerning and demanding owner. The concept demonstrates a commitment to innovative new propulsion technologies, new materials and elegant forms. 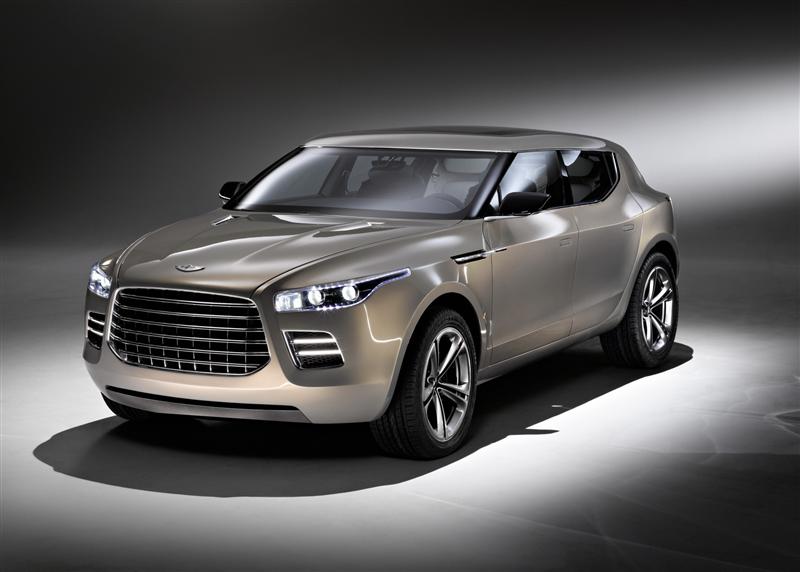 'The Lagonda is the luxury car of the future,' says Aston Martin Chief Executive, Dr Úlrich Bez, 'a combination of total usability, a new form and innovative new technology and materials.' 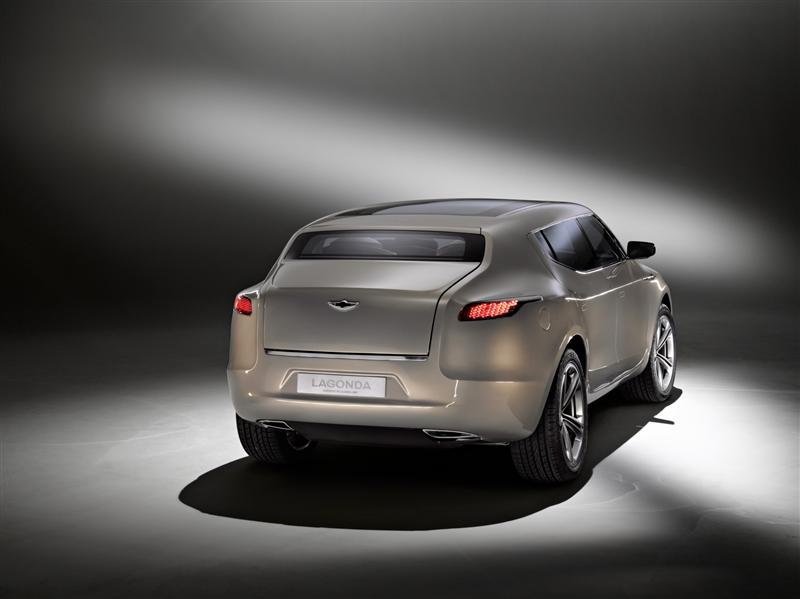 The return of Lagonda fulfils a long-term vision. Aston Martin's modern era began in 2001 with the launch of the V12 Vanquish and the construction of the award-winning headquarters at Gaydon, Warwickshire in 2003. In the years that followed, Aston Martin has launched four class-leading new products, revitalising the performance GT category and redefining automotive beauty.

Aston Martin's award-winning range, the DBS, DB9, Vantage and forthcoming Rapide and One-77, represent some of the most beautiful high performance cars ever built, refined, highly crafted and extremely well-engineered. An Aston Martin will always be a sports car; modern, exclusive and beautiful, it demands to be driven, with an exceptional character that rewards the enthusiast, both on the road and on the track. Above all, an Aston Martin creates an emotional response. It is a machine with soul.

Únder the leadership of Dr Úlrich Bez, Lagonda will bring performance luxury into new markets and territories around the world. Reflecting its remarkable history, Lagonda will return to Russia, enter emerging markets in the Middle East, South America, India and China, as well as responding to demand from the dynamic, innovation-focused consumers of Europe, North America and the Far East.

Not only will Lagonda join Aston Martin in existing core markets, but the unique character of the new brand will help take the company into as many as 100 territories around the world and extend the brand to new customers. 'An Aston Martin is an authentic, pure sports car,' says Dr Úlrich Bez, 'but Lagonda is something else, a new brand that will reach into new markets and have different values to Aston Martin.'

Vital Stats
Heritage
Lagonda is one of the great names in automotive history, a brand associated with luxury, performance, grace and exclusivity. Since the first Lagonda production car, was built 100 years ago by the American-born Wilbur Gunn, the Lagonda name has undergone several incarnations, before it soon began to excel at creating racing cars and sporting saloons.

Gunn's first car was built in his home workshop in Middlesex, England in 1909. In 1910, Gunn drove his 16/18hp Lagonda Tourer to victory in the Russian Reliability Trial, a spectacular event run by the Imperial Automobile Club of Russia as a public relations exercise for the country's nascent road system. The win brought in many orders, and Gunn focused his attention on the Russian market, establishing dealerships in St Petersburg and Moscow in 1910.

In truth, Russian roads presented entrants with daunting driving conditions and the route, which included St Petersburg, Riga, Kiev and Moscow, was a rigorous test for any car. Gunn's success was a vindication of the Lagonda's sturdy build and swift performance. It was not until the following year that Lagonda began marketing cars in its home country, beginning a limited production of light cars that was eventually halted by the First World War.

Throughout the 20s and 30s, the company expanded its premises in Staines, England with the light cars giving way to more substantial touring models. Lagonda came to epitomise the Edwardian passion for setting new records and exploring new territories, with robust and reliable vehicles that could effortlessly forge trans-continental links.

In 1933, the manufacturer launched the M45 at the Olympia Motor Show in London, a sporting tourer powered by the Henry Meadows-designed six-cylinder 4.5-litre engine. The prototype was driven by the aristocrat and enthusiast Edward Russell, Lord de Clifford, from Dieppe to Brindisi in Greece, beating the express train along the same route by some 14 hours. The result was a media sensation.

The M45 quickly became known as a car for the discerning sportsman, fast and capable yet also sufficiently comfortable for long journeys. In its day it had the largest engine in its class, a distinction that attracted owners like the land speed record holder Sir Malcolm Campbell, who had his M45 painted in his signature blue.

The emerging sport of long-distance endurance racing also became an integral part of Lagonda's development. In June 1935, a lightweight version of the M45 won the Le Mans 24 hours, with John Hindmarsh and Luis Fontes behind the wheel. This was a landmark achievement for the brand, as well as a highpoint of British sports car racing in the interwar era following Bentley's heyday in the 1920s.

The same month, Lagonda was bought by Alan Good, a charismatic British lawyer whose first task was to enlist the skills of engineer W.O. Bentley. The results were the LG45 styled by Frank Feeley that represented the apex of the engineering skills of the time. In 1936, W.O. Bentley designed Lagonda's first V12, an engine that was perfectly at home in the majestic long-wheelbase version of the new chassis.

The Lagondas of the 1930s demonstrated total harmony between engineering and appearance, including the stately LG6 model introduced in 1937. W.O. Bentley's diligent innovation and refinement continued throughout the war, and the company developed the LG6 into a V12 model, an even more 'imposing and dignified' saloon that sadly ceased production before the start of the war. Simultaneously, the engineer developed a new six-cylinder engine, during the war, the benefits of which were soon to be reaped by Aston Martin.

Feeley was responsible for the elegant drophead variant of the new 2.6 litre, the first Lagonda of the David Brown era, produced from 1948 to 1953. At the end of 1952 the 2.6 litre was developed into the 3.0 litre, which used a revised version of the W.O. Bentley engine. The two-door saloon was soon joined by a four-door and a drophead coupe. The next Lagonda was the Touring-designed Rapide of 1963, a sleek four-door saloon that shared many components with the Aston Martin DB4. Fifty-five were built, of which 48 survive. In the late 1960s, Aston Martin's head designer, William Towns, developed a new four-door saloon from the Aston Martin DBS. Just seven examples were built in the mid 1970s.

In 1976, Aston Martin announced a Lagonda for a new era, a unique, innovative car designed by William Towns in the contemporary 'wedge' fashion he made his own. Standing aesthetically and technologically distinct from the Aston Martin range, the Lagonda was bold and experimental, a high performance luxury saloon for the truly discerning.

The Lagonda name was briefly revived for the Vignale Concept, an imposing luxury saloon created by Ghia Design in 1993. One example survives. The name was also used for the strictly limited production of the Lagonda Virage Saloon and Shooting Brake in 1994.

Lagonda's history is long and eventful, encompassing two of the most significant figures in twentieth century British engineering, W.O.Bentley and David Brown, racing glory and some of the most dramatic designs in automotive history.

In the 21st century, Lagonda will return, bringing a sense of adventure and the avant-garde to the luxury car market, honouring a remarkable history while also making a bold statement for the future.

Lagonda: Did you know?
• Lagonda was founded in 1899
• Car production started in 1909
• In 1910 Lagonda began exporting to Russia
• Lagonda won Le Mans in 1935 with a lightweight version of the M45
• Aston Martin's David Brown purchased Lagonda in 1947
• In 2009 Lagonda will celebrate the centenary of car production

Lagonda 2009
The LAGONDA CONCEPT celebrates 100 years of car production under the Lagonda brand, a stunning contemporary evolution of this evocative name.

The modern Lagonda marries functionalism with luxury, through organic forms, rich materials and complex surfaces. The car is based on an advanced platform that is tailored to accommodate a broad range of future powertrains, including flexfuel, low emission diesel and hybrid systems.

The LAGONDA CONCEPT is a four-seat international tourer, an avant-garde luxury car that draws inspiration from the brand's illustrious past as well as the visual language of speedboat design, the spacious individualist environment of the upper class cabin and the bespoke feel of contemporary modern furniture. Inside, the four generous seats are divided into a two zones, front and rear. The result is a relaxed, rich environment that envelops you in warm, tactile materials.

The clear delineation between cabin, shoulder and flank is strongly reminiscent of the powerful and evocative lines of the 1930s era Lagondas, in particular the V12-engined version of the LG6. Viewed from the front of the concept, the deep, strong grille also evokes the presence and frontage of the cars from the inter-war era. The bold character lines that run along the sculpted flanks to the rear ensure the concept is planted firmly on the road. The large 22' wheels and cut-away bodywork offer exceptional ground clearance, while the concept's V12 engine delivers power through all four wheels.

A modern automotive brand must have strong core values and a broad range of abilities. The modern Lagonda will be the pre-eminent long-distance automobile, a vehicle that combines cosseting luxury with extreme functionality and technological innovation.

The Lagonda name has been an integral part of the Aston Martin story since 1947. The LAGONDA CONCEPT illustrates how the brand will once again stand together with Aston Martin as the perfect complement to modern performance. A Lagonda stands for functional elegance, performance, simplicity and comfort.

'Lagonda will create a new kind of customer relationship, instilling the spirit of travel, adventure and style into a single, formidable package,' says Dr Úlrich Bez. 'An Aston Martin demands to be driven. A Lagonda demands a destination.'Source - Aston Martin 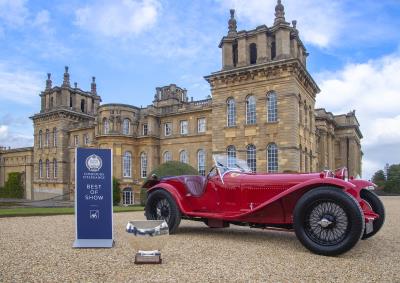 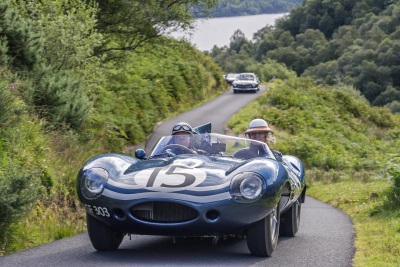 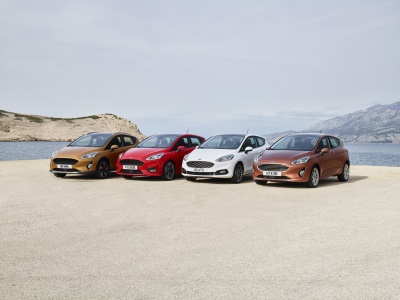