The SL 63 AMG, as the Official F1™ Safety Car, and the C 63 AMG Estate, as the Official F1™ Medical Car, are to continue to help ensure maximum safety, this time for the 2009 Formula 1 season. AMG, the performance brand of Mercedes-Benz, will be on duty with the two specially prepared high-performance vehicles at all 17 of the new season's Formula 1 races, starting with a first appearance at the Australian Grand Prix in Melbourne (27 to 29 March 2009). The specialists from the AMG PERFORMANCE STÚDIO are responsible for the development, production and servicing of the vehicles.

The Official F1™ Safety Car is always deployed whenever the safety of a race is threatened by accidents, adverse weather conditions or other hazardous situations. Sitting behind the wheel of the exceptional SL 63 AMG will be Bernd Mayländer (Germany, 37 years of age). After receiving instructions from the race management, the former DTM driver must go to the head of the Formula 1 field and safely guide the world's fastest racing drivers around the circuit. Fast lap times are a must for the Safety Car, because otherwise the Formula 1 engines would overheat - and their tyres and brakes would also cool down excessively.

As in 2008, the role of the Official F1™ Safety Car is also being fulfilled during this year's new season by the Mercedes-Benz SL 63 AMG. Its distinctive driving dynamics are a basic requirement for its challenging Formula 1 assignment:

the AMG6.3-litre V8 engine has a power output of 386 kW/525 hp, providing acceleration from zero to 100 km/h in 4.4 seconds. A newly developed AMG sport exhaust system with larger pipe diameter and special rear silencers allows the high-revving AMG naturally aspirated engine to breathe even more freely - and gives it an even sportier sound. Outstanding driving dynamics are guaranteed by the newly developed AMGSPEEDSHIFT MCT 7-speed sports transmission with column shift, which makes it possible to change gear in just 100 milliseconds.

Special coil-over suspension and cooling measures
Optimum racetrack performance is guaranteed thanks to the specially developed coil-over suspension, which can be customised to a specific racetrack by means of individual suspension setup configurations. The combination of 3-stage ESP® and rear-axle differential lock with 30 percent locking effect provides optimum traction in all weather conditions. In the interests of reliability even at tropical ambient temperatures, the vehicle incorporates large-size, additional coolers for engine oil, transmission oil, coolant and power steering.

Special cooling measures and heavy-duty composite braking system
The front and rear axles feature 19-inch extra-light AMGforged light-alloy wheels. The 8.5-inch (front) and 9.5-inch (rear) rims are fitted with tyres of size 255/35 and 285/30, respectively. The design of the rims, with their intricately styled double spokes, optimizes both the cooling of the highly stressed braking system and the specially engineered cooling-air flow. Optimum fatigue resistance and best-possible deceleration values are among the self-evident characteristics of the AMGhigh-performance braking system, which is equipped all round with internally ventilated composite brake discs. The front axle is fitted with six-piston fixed callipers and discs of size 390 x 36 millimetres, while the rear axle features four-piston fixed callipers with brake discs of size 360 x 26 millimetres.
220 kilograms lighter than the series-production vehicle thanks to targeted lightweight design measures
Thanks to targeted lightweight design measures, the SL 63 AMGSafety Car weighs in lighter than its series-production counterpart - and this is despite additional cooling measures, lighting system and communications equipment. The engine bonnet, front and rear aprons, front wings and luggage compartment lid are produced from carbon-fibre-reinforced plastic, a material that has been tried and tested in motorsports. Since the Safety Car is always driven with its top up, the vario roof has also been dispensed with. The result is a weight reduction of 220 kilograms, with the Safety Car weighing in at just 1750 kilograms (with a full tank and without occupants).
Apart from its special roof attachments and F1 logos, the SL 63 AMG Official F1™ Safety Car is distinguished from the standard-production AMG high-performance roadster by a front apron with larger cooling-air openings. A prominent feature at the rear of the vehicle is the modified diffuser insert in the rear apron, which incorporates the active rear-axle cooling, this compensating for temperature peaks in the highly stressed differential housing. The white LED flashlights in the headlamps and tail lamps are always in operation whenever the vehicle is in use and have a neutral signalling function. The number plate with Safety Car lettering on the rear is illuminated by means of almost 700 LEDs and guarantees even greater safety, particularly in rain or darkness.

Interior with undiluted motorsport flair
The inside of the Safety Car is dominated by an atmosphere of undiluted motorsport flair. The workplaces of Bernd Mayländer and his co-driver feature two AMGsports bucket seats with 4-point seatbelts, trim parts in real carbon fibre, black leather appointments and the AMG performance steering wheel with its 365-millimetre steering wheel rim, flat underside and AMGaluminium shift paddles. The centre console is equipped with two monitors to enable the crew of the Safety Car to supervise the action on the racetrack, while the two-way radio system allows them to remain in contact with the race management.Source - Mercedes-Benz

Maserati: The 100,000Th Ghibli Is Produced At The AVV. Giovanni Agnelli Plant At Grugliasco

Modena, 24 September 2019 – This morning, at the Avv. Giovanni Agnelli Plant (AGAP) where the Ghibli sports sedan and the Quattroporte flagship are built, celebrations were held to mark the production... 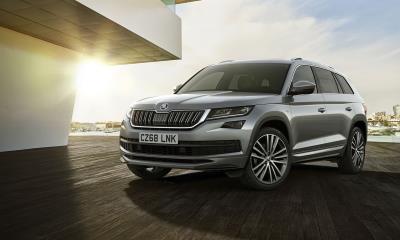 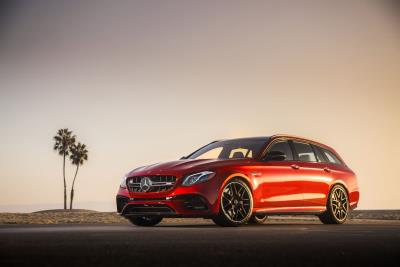 Created with the Mechanics of Emotion, the All-new 2017 Alfa Romeo Giulia Quadrifoglio Delivers Italian Style with Benchmark-level Performance and Precision to the Premium Mid-size Sedan Segment...
© 1998-2020. All rights reserved. The material may not be published, broadcast, rewritten, or redistributed.