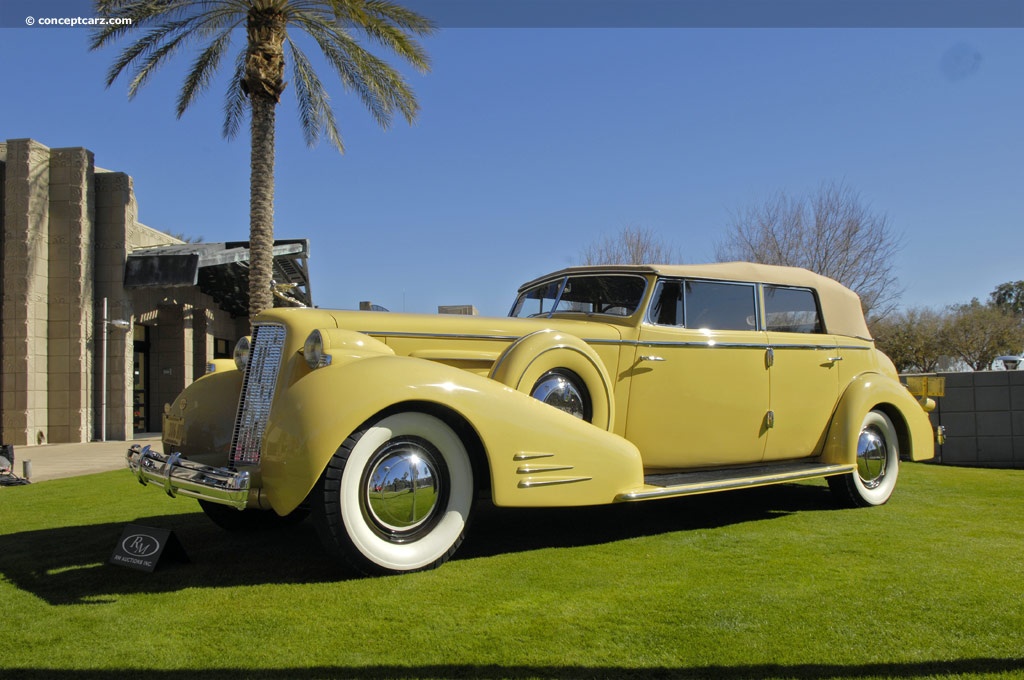 Cadillac did not rely on four- or six-cylinder power. Every one of the company's cars was fitted with a V engine of 8, 12, or 16 cylinders. They were smooth and powerful.

During the late 1920s, the cylinder race was in full force. Cadillac's engineer Owen Knacker was tasked with developing a V16 engine that would keep Cadillac at the forefront of the race. Their hopes were to displace Packard at the top of the luxury car market.

From 1930 through 1940 Cadillac produced a monstrous sixteen-cylinder engine. It was first displayed to the automotive community at the Detroit Opera House prior to the Detroit Auto Show. This was the largest number of cylinders to power an automobile of all time. The hood that housed the engine was intimidating, larger, and longer than any other vehicle. Up to this point, there were only a few manufacturers that produced a twelve-cylinder engine, mechanical achievements in their own right. The introduction of the sixteen-cylinder engine was historical and seen as revolutionary at the time.

Up to the 1990's there have only been three manufacturers of a sixteen cylinder engine. The Bugatti Type 47 never made series production while the Marmon Corporation offering was short-lived. In comparison, the Marmon built V-16 was more powerful. By using aluminum, the 491 cubic-inch engine with its overhead values weighed just over 900 pounds. The engine was formed by merging twin-eight cylinder engines at a 45-degree angle, giving the engine an impressive look and an astonishing 200 horsepower. The use of steel cylinder sleeves added to the longevity and durability of the engine. The V-16 engine earned Howard Marmon the Society of Automotive Engineers' annual design award.

A new sixteen-cylinder engine was introduced by Cadillac in 1938. This was not their first V16 engine; their first had been designed by engineer Owen Nacker of Marmon fame. It had an overhead valve design and mounted at a 45-degree to one another. Each back of the sixteen cylinders had their own exhaust and fuel system. The engine featured hydraulic valve adjusters that helped with the silent valve train operation. The exterior of the engine was equally as impressive, with all the wiring and hoses concealed undercover and finished in chrome, polished aluminum, porcelain, and baked enamel. The result was a 452 cubic-inch engine that was nearly unmatched in the industry at the time.

A V12 version followed shortly after the introduction of the V16; it displaced 368 cubic-inches and was basically three-quarters of a V16. Both of these engines remained in production through 1937. The V12 did not resume production for 1938. A new engine was introduced in 1938 and that very different than its predecessors. It was an L-head design, cast in a 135-degree vee, and featured a monobloc design. The was easier and more economical to manufacture and it weighed 250 pounds less, had 21 fewer cubic-inches, but developed the same power.

The V12 engine was used to power the Series 85 for 1937. The Series 75 and Series 85 were the same vehicles, with the exception of the powerplant. The Series 75 used a V8 engine. In 1938 the V12 was discontinued, and the V16 took its place. The sixteen-cylinder cars were shortened to a length similar to the Series 75, and the chassis and bodies were interchangeable.

There were twelve body styles available, including coupes, convertibles coupes, and sedans, as well as the larger seven-passenger sedans and limousines. These larger vehicles were called Formal Sedans or Imperial sedans depending on whether they had a division partition.

In 1939, the front of the V8 Cadillacs was mildly updated. The grille was raked back and the headlights were now mounted to the nose and flush with the top of the grille. Chrome moldings were added to the running boards and the fender ornamentation was now fully chromed. The rear license plate was moved from the left fender to the trunk lid.

There were a total of 138 V16 cars produced in 1939. A few changes or modifications to the car followed for 1940. A total of 61 V16 cars were built this would be the final year for their production. A total of 4,400 examples were built over an eleven-year period.
By Daniel Vaughan | May 2008

This 1935 Cadillac Series 452-D Imperial Convertible Sedan was purchased by Dr. Atwood from long time Classic Car Club member Dick Gold of Minneapolis in October 1984. Gold had found the car courtesy of a mailman that he paid to peek in garages for ....[continue reading] 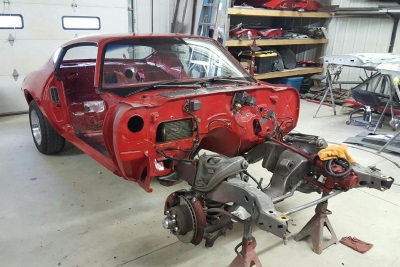 VILLAGE OF PINEHURST, N.C. (March 26, 2015) – Two of the nations rarest collector automobiles will be returning to the 2015 Pinehurst Concours dElegance on Saturday, May 2 as display vehicles in the events newly established Circle of Champions. Patrons... 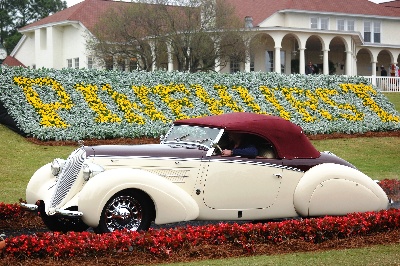 VILLAGE OF PINEHURST, N.C. (April 7, 2014) – A rare 1938 Steyr Roadster, which captured Best in Show at least years inaugural Pinehurst Concours dElegance, returns to Pinehurst Resort to be displayed for patrons at the 2014 classic auto showcase...