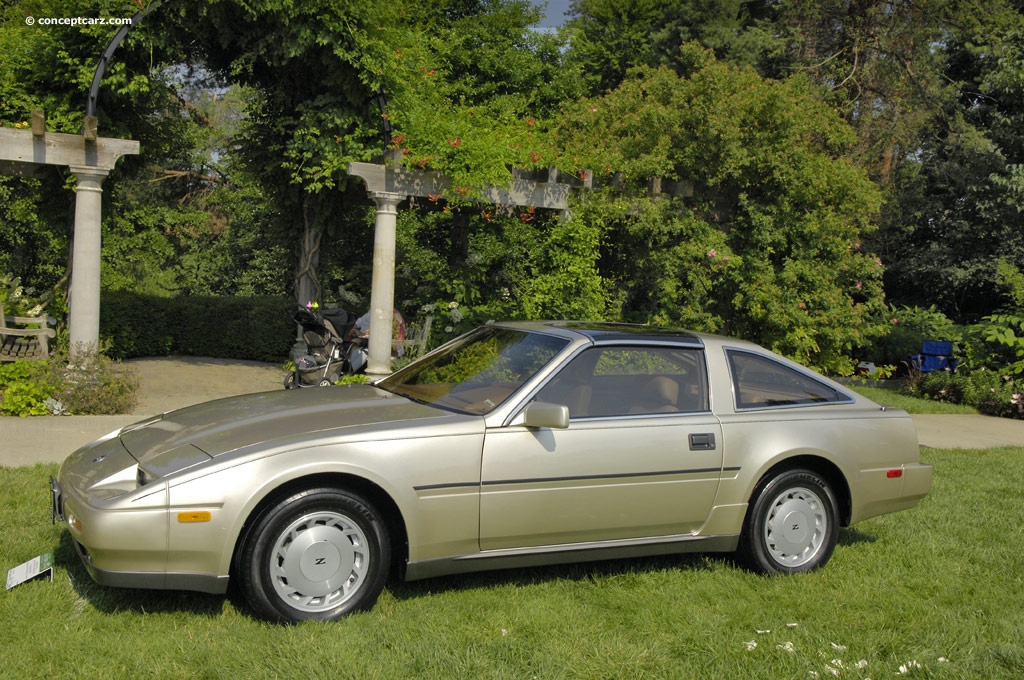 In 1984, Nissan became the new official name for Datsun. The name change was a result of Datsun produced Japanese fighter planes in WWII that were thought to be detrimental to their image in the ever expanding American Market.The Datsun Z-cars began in 1970 with the 240z, and the 300ZX was the continuation of this line. Produced in 1984, the 300ZX only had minor body changes in the next 5 years before it was replaced by the last Z, also called the 300ZX.The ‘Z-car' was a reference to a series of sports cars that were manufactured by Nissan under the Datsun brand name. The Z-cars have been popular in the U.S. and the U.K. and Japan. Considered to be reliable and affordable, the Z-cars have been known for their strong performance and good looks.
Known as the Nissan Fairlady Z, the Nissan 300ZX was part of the third and fourth generation of Nissan's Z-car with chassis designations Z31 and Z32.
The 300ZX both accelerated and handled better than the 280ZX, though their chassis remained similar with the same 91.3 in wheelbase. Both ZX vehicles also shared the same Macpherson strut/trailing arm independent suspension. Besides the SS special edition model, all of the turbo charged models featured 3-way electronically adjustable shock absorbers.The Z31 was designed by Kazumasa Takagi and a team of developers. Featuring a new, more aerodynamic body than the previous 280ZX. The third-generation Datsun/Nissan Z-car, it had a more powerful line-up of V6 engines.
Officially designated as a Datsun/Nissan 300ZX during its 1984 premiere, a year later, the Datsun badge was dropped as Nissan standarised their brand name worldwide. Attempting to ‘recreate the spirit' of the original Fairlady Z, the new V6 (2960 cc) SOHC engine was available as naturally aspirated VG30E or as a turbocharged VG30ET. Available models were the 3-litre 300ZX, the ZR, ZR II spec., and the 2-litre Z. The 300 ZX was able to produce 230 horsepower in Japan, where it was not subject to as strict tough emissions regulations as in the US.
Attempting to ‘make the most of local taxation laws', the 2-litre models used either a RB20ET engine or VG20ET engine that developed between 170-180 horsepower. Released in 1984 to commemorate the company's 50th anniversary, the 300ZX 50th Anniversary edition was introduced to the public.
The 'Shiro Special' SS was the second special model produced by Nissan. Introduced in 1988, the vehicle was a pearl white 300ZX that came without available options, stiffer springs and matched shocks.
In 1986, the Z31 body was updated to rev up the look of the vehicle. Adding side skirts, , replacing the fiberglass spoiler with a durable plastic one, the 300ZX was given a much sleeker look when the hood scoop was removed. A third brake-light was also added to the interior of the unit for safety.A year later the Nissan 300ZX was given its final makeover. Replacing the sealed beam style headlights with modern 9004 bulb based lights, and the addition of increased aerodynamic bumpers, and fog lamps within the front air dam the car was dramatically updated. A narror set of tail lights that ran the entire width of the vehicle replaced the ‘300ZX' reflector in the rear and a 3rd brake-light found on the top of the rear hatch.Several small engine updates were also added in 1987 that included the installation of a smaller T25 turbocharger, an R200 limited slip differential that allowed for quick response and a compression ratio of 8.3:1. Continuing to sell for the next two years, the Nissan 300ZX sold over 70,000 units in 1985 alone, making it the best selling Z car to date. In 1990, the 300ZX was replaced by the Z32. Retaining the 3-litre engine and 2960 cc displacement the Z32 was also called the 300ZX though it was a complete redesign of the Z31. The Z32 had a naturally aspirated engine that was rated at 222 hp and carried a top of the line Twin-Turbo. For every year that the Z32 300ZX Turbo was available, it was featured on the annual Ten Best list in Car and Driver magazine. In 1990 the Turbo was also Motor Trend's Import Car of the Year.By Jessica Donaldson