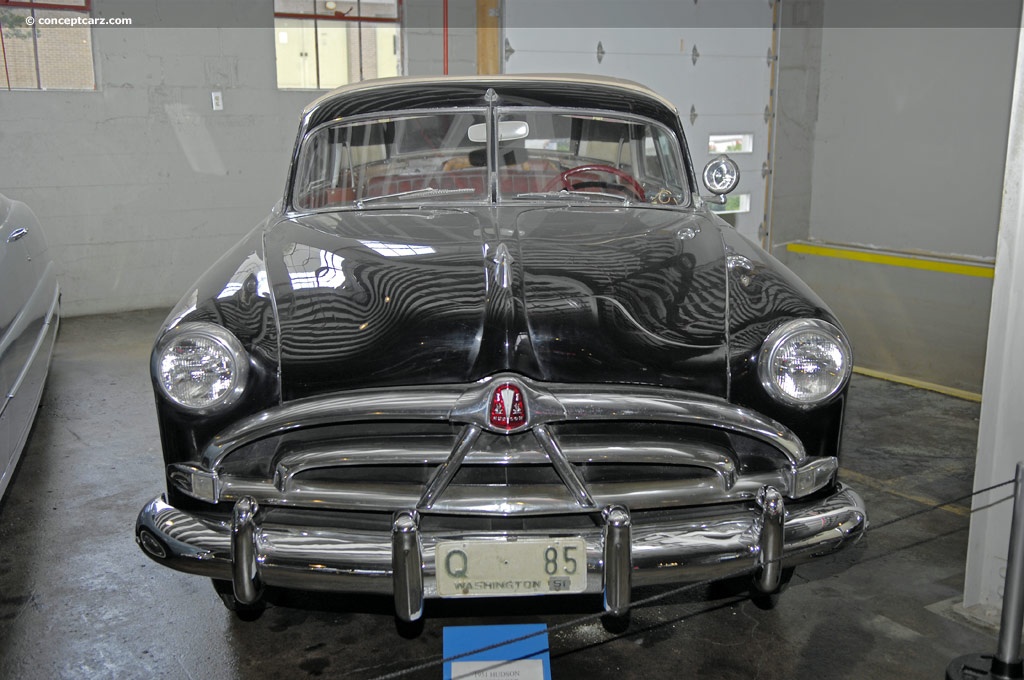 Hudson was one of America's independent automakers, yet they built one of the most advanced post-war automobiles. The Hudson 'Step-Down' model, introduced in 1948, pioneered unit-body construction on American cars. It allowed the cars to sit low and gave them an excellent center of gravity. It offered an exceptionally roomy and comfortable interior, but it stood only 60 inches high. Its handling and performance was superb, resulting in Hudson winning m any NASCAR races in the early 1950s.

In 1950, Hudson introduced the Pacemaker. It had a 'short' 119-inch wheelbase and measures 201.5-inchs in length. Power was from a flat-head inline six-cylinder engine displacing 232 cubic-inches and offering 112 horsepower. It was the company's 'Junior' model and was available as a sedan, Brougham, Convertible Brougham, coupe, and club coupe. Trim levels included the Pacemaker 500 and the Pacemaker Deluxe.

In the front of the Pacemaker was a grille with four horizontal blades with a company medallion at the top. Standard equipment included Durafab plastic interior trims, 18-inch steering wheel, adjustable visors, and full opening rear quarter windows. The Deluxe Pacemakers were fitted with additional trim and nicer appointments. Depending on the bodystyle, the additional cost of Deluxe ranged from $15 - $30.

For 1951, Hudson modified the Pacemaker with changes to its grille - it now had three horizontal blades. Rectangular parking lights were located on either side of the main grille bars. The '500' and 'Deluxe' trim levels were no longer used, replaced by Pacemaker Custom and Pacemaker Super Custom. Bodystyles continued except the coupe was exclusive to the Custom and a Hollywood Hardtop was reserved for the Super Custom line. Super Custom body's had similar trim used on the 1950 Commodores. They had smaller hubcaps and a larger 262 CID six offering 123 horsepower.

The final year of the Pacemaker was 1952. Hudson simplified its appearance while it introduced a new trim level called the Wasp. Fender skirts were optional and once again Hudson made changes to the front grille. In the back were small oval taillamp lenses and outer bumper guards. Although they had a Spartan appearance, they were very sleek and elegant.

The Hudson 'step-down' involved mounting the floor of the car to the underneath of the chassis, allowing for a very low center of gravity and plenty of interior space. The eight-cylinder engine was still present in the lineup, but the company offered....[continue reading]