One of the oldest car marques still founded in Britain, AC Cars Group Ltd. was formerly known as Auto Carries Ltd. AC was a British specialist automobile manufacturer with the most recent manufacturing location of AC being in Hal Far, Malta, but this plant is now closed. The company name was changed to 'AC (Acedes) Cars Limited' in 1927. By 1929 AC was in deep financial straits, and the factory was closed and went into receivership, though the service department continued to operate. One year later AC sprang back to life. William Hurlock and his brother Charles took over the company.

Originally the company ran for servicing only, but they then decided to resume production of the Magna. By 1933 rolled around, so did an improved range that featured a chassis under-slung at the rear which gave a low gravity center along with very attractive lines with every version of the model. AC was building their cars in very small numbers; each of them specifically tailored to the particular customers requirements.

AC carried a slogan as 'The Saville Row of Motordom'. Their styled included drop-head coupes, pillar-less saloons, fixed-head and short chassis sports. It would be nearly impossibly to find two AC's of the 1930s that were virtually identical. Along with high build quality, AC vehicles show proof of much attention to detail. The pedals had pivoted heads and the AC logo. To prevent slush rebounding onto the outside of the bodywork wire mesh lined the insides of the wings. Additional silencers were mounted on the exhaust manifold by 1936. Almost every year the body styling was updated, and more practical improvements included more room in the passenger compartment space. Originally optional, triple SU carburetors were now made standard by the mid 1930s. Power output in the AC was between 60 and 80 bhp, or a few of the short wheelbase sports models there was a 90bhp option with an Arnott super-charger.

By 1937 AC began to export cars to the USA. Keeping up with AC's reputation for competition success, the short chassis 16/80 sports model was nicknamed 'The Flea'. It featured a wheelbase of 8ft 10ines, and it was short compared to the longer chassis in production, one of 9ft 7 inches. AC 16/80, or, The Flea weighed around 1010g and was capable of achieving 90mph.

Auto Carriers, later A.C. Cars, Ltd., began as a builder of diminutive three-wheeled commercial vehicles prior to World War I. Located in Thames Ditton outside London, the company introduced its first car in 1919. In 1933, the first four-seat touring....[continue reading] 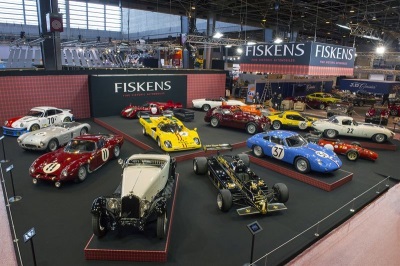 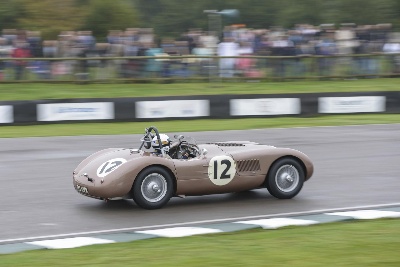 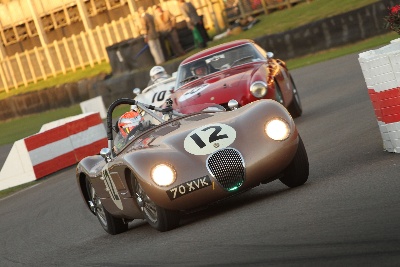 JD CLASSICS AT THE 2013 GOODWOOD REVIVAL