Weighing in at just 2,811 lbs., the new 2011 Porsche Boxster Spyder will be the lightest Porsche available – from a company known for lightweight, proficient sports cars. This new mid-engined roadster represents the true, purist form of the sports car – agile, powerful, open and efficient. This third Boxster model will join the Boxster and Boxster S and will make its world debut at the Los Angeles Auto Show, December 2, 2009.

The newest member of the Boxster family stands out from the other versions of Porsche's mid-engined roadster. Its low-slung, lightweight soft top – when closed – extends far to the rear to protect the driver and passenger from bright sunshine, wind and weather. This top, when combined with extra-low side windows and two striking bulges on the single-piece rear lid, provides the Boxster Spyder with a sleek silhouette reminiscent of the Carrera GT.

The Boxster Spyder features a 3.4-liter six-cylinder engine with Direct Fuel Injection upfront of the rear axle. Maximum output is 320 horsepower (hp), 10 hp more than the Boxster S. The combination of 10 more hp and 176 pounds less weight than the award-winning Boxster S, plus an all-new sport suspension that lowers the Boxster Spyder 20 mm, a lower center of gravity, a standard limited slip differential, and exclusive wheels provides the kind of driving dynamics that back up the unique look. Aluminum door skins and lightweight interior door panels from the 911 GT3 RS contribute to the weight reduction.

When equipped with Porsche-Doppelkupplung (PDK) transmission and the Sports Chrono Package, the new Spyder, using Launch Control, accelerates from a standstill to 60 mph in 4.6 seconds. Top track speed is 166 mph – with the roof open.

Fundamentally, the entire Boxster family is the successor to the legendary 550 Spyder and RS 60 of the Fifties and Sixties, all sharing the same mid-engine roadster concept. Low weight and supreme agility combine to provide outstanding driving pleasure.

In 2004 and 2008 Porsche produced limited editions of the Boxster bearing the additional name Spyder, honoring the 550 and RS 60. In contrast, the new Boxster Spyder is a regular, but specially developed and upgraded production model as compared with the Boxster and Boxster S.
Source - Porsche 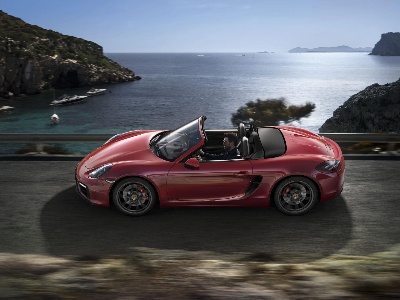 Atlanta. Porsche is celebrating the world premiere of the Boxster GTS and Cayman GTS at Auto China in Beijing. A unique level of performance is required to wear the GTS badge, thus the duo feature... 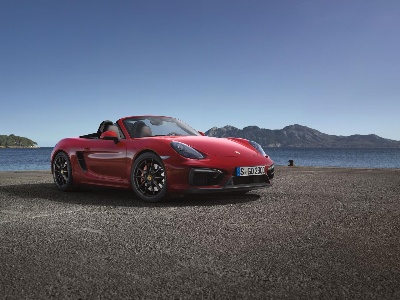 In 1955, perhaps the most unlikely of drivers would survive the attrition and the beckoning Monaco harbor to claim his only victory in Formula One. Some three years later, and more unlikely than ever...
© 1998-2020. All rights reserved. The material may not be published, broadcast, rewritten, or redistributed.