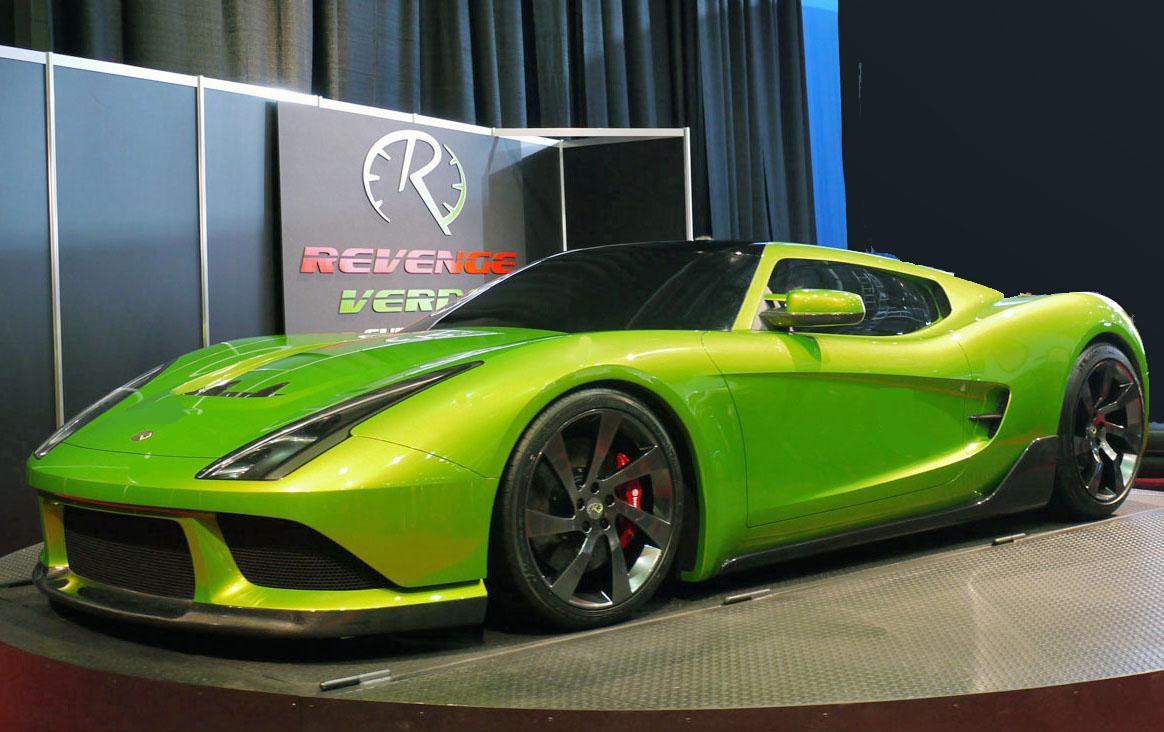 Cautious skepticism is the most sensible reaction to the Revenge Verde Supercar, which made its first public appearance at the 2010 Detroit Auto Show. Can this car be for real? Probably not. That's too bad given the potential evident in the Detroit show car, but there is simply no substantial evidence indicating that the Verde has a legitimate future. Admittedly, it's no small task for a small, independent company to display a vehicle at the Detroit Auto Show. The ambitious act of brining the Verde to Detroit, though, is not enough to prove that Revenge's future is secure. After all, there have been countless other supposed supercar builders that have failed to deliver on their promises of providing world-class performance.Revenge claims that its Verde Supercar, with its painfully obvious name, will be 'the worlds sic first guilt free mid engine Supercar.' It's perfectly reasonable for a company busy building a high-performance road rocket to forget an apostrophe in its official literature, but how reasonable is it for that same company to forget about the Tesla Roadster? The Tesla, whose existence can't be denied by even the most stubborn conspiracy theorists, is a real supercar powered by a real electric motor mounted amidships. Its combined gas mileage rating of infinity is tough to beat. The 'guilt free' line in Revenge's sales pitch is also tough to swallow when looking at the car's available engine options. To live up to the vehicle's shocking green paint and Verde title (which translates to 'green'), Revenge claims its Supercar will be available with a hybrid gas/electric engine capable of 400hp on E85 fuel. With estimated fuel mileage surpassing 100mpg, this power plant sounds too good to be true—and it probably is. The hybrid powertrain would be produced by HP2g, a company just as mysterious, unproven, and suspicious as Revenge. The other two engine options are as far from green as red. They are GM's LS9 with 638hp and a reworked-by-Roush Ford V8 good for 605hp.
The company behind the Revenge Verde Supercar is Revenge Designs Inc. Founded by Peter Collorafi, Revenge Designs is based in Indiana and produces styling modifications for the Pontiac Solstice, Pontiac GTO, and Honda Ridgeline. The firm's products are well-designed, but the ability to create upgraded side mirrors and deck spoilers does not suggest the ability to create a full-fledged supercar with a 200mph top speed. The company does not provide any detailed information on how it plans to produce the Verde. This makes their claim that the Verde will be available to paying customers later this year a particularly mysterious and questionable statement.
Even if Revenge could successfully produce its Verde Supercar, who would buy it? The average consumer of a $190,000 automobile doesn't have to worry too much about rising fuel costs. A customer hoping to project the image of a concerned tree-hugger could do better with a Toyota Prius. And for anyone who honestly and sincerely feels guilty polluting the Earth with that barbaric and filthy internal combustion engine, there is the electric Tesla (never mind that the plurality of U.S. electricity is produced by burning coal). Still, it would be great to see an innovative American sports car from a small and independent maker succeed. With its promises of unique styling and great performance, the Verde could surely find its way into the hands of at least a few happy buyers. But will the Verde even be able to find its way into production? Sources:HP2g Web. 26 Jan 2010. http://www.hp2g.com/.Korzeniewsky, Jeremy. 'Detroit 2010: Revenge Verde Supercar adds mean to its green.' AutoBlog.com (2010): n. pag. Web. 26 Jan 2010. http://www.autoblog.com/2010/01/12/detroit-2010-revenge-verde-supercar-adds-mean-to-its-green/.'Revenge: New Technology, New Design.' Revenge Designs Inc. Web. 26 Jan 2010. http://www.revengedesignsinc.com/weekly_news.html.By Evan Acuña

President/CEO Peter Collorafi of Revenge Designs Inc. (PINKSHEETS: RVGD), a specialty car designer and production assembler, is pleased to announce that an agreement has been signed with Mr. Douglas Pelmear, President/CEO of HP2G LLC, an Ohio based engine company with a 110 MPGe engine. HP2G LLC has designed, developed and built a proprietary V-8 engine called the HP2g. It can achieve 110 MPGe (miles per gallon equivalent) in fuel economy while posting carbon emissions of less than 200g/mi and generating 400 horse power and 500 lb-ft of torque. Únder the terms of their agreement, HP2G LLC and Revenge will execute a Master Installation Agreement making Revenge the sole and exclusive Certified Installation Centers in the Únited States for the installation of HP2g engines for aftermarket purchasers. Revenge will be the sole and exclusive Certified Installation Center for HP2G's HP2g engine for those clients. Further, satellite centers will be established. Douglas Pelmear, President and CEO of HP2G LLC, has been spotlighted by the Progressive Automotive X PRIZE competition and has been interviewed by national, regional, local and international press regarding the HP2g. He has exhibited the HP2g, by invitation, at the North American International Auto Show in Detroit, the Washington, D.C. auto show sponsored by the Department of Energy and last year's Specialty Equipment Market Association (SEMA) show in Las Vegas where he won the Green Zone Award. When discussing the engine, Mr. Pelmear states, 'This V-8 engine operates on E-85 fuel instead of gasoline. Coupling that with the use of more precise tolerances and manufacturing techniques, we decrease heat as well as energy loss and increase the efficiency of the internal combustion engine. 'There are nearly 250 million cars and light trucks operating today in North America. The global market holds well over twice this amount. North American new car sales vary between 15 million and 17 million per year. The vast majority of these vehicles use gasoline at a rate of between 15 and 40 miles per gallon (MPG). Fuel costs and fuel economy in vehicles have been affected by a number of factors. Úp until now, the automotive companies, energy suppliers and national governments have moved at glacial speed to create fuel efficient vehicles, or improved energy and fuel sources.' Revenge Designs and HP2G are very excited to be making real-time advances in fuel-efficiency and offering the world a practical fuel option without compromising the consumers' needs. Both Mr. Pelmear and Mr. Collorafi are pleased to also announce the first production vehicles to utilize the HP2g 110 MPGe V-8 engine will be from Revenge Designs and are currently in the build stages. The all-new Revenge Verde Super Car will be totally designed in-house. The Revenge Verde Super Car makes extensive use of carbon fiber and has a chromoly tubular chassis design as well as a wheel base similar to the Ferrari GTB in order to allow for considerable leg and head room. The mid-engine compartment is specifically designed for the HP2g engine technology. The production of the GTM-R Super Car will not continue. It is simply not feasible to produce a vehicle that is not entirely designed in-house and requires such a considerable amount of reconstruction and design. With several months into the development of the Verde Super Car, Revenge Designs hopes to release the new Verde Super Car at the LA International Auto Show in December 2009. Revenge intends to display two versions of the Verde; one left-hand and one right-hand drive with the purpose of releasing the vehicles to the world market and not simply the American stage. Following the Revenge Verde Super Car, the company will be producing a Super Saloon vehicle in late 2010 that will accommodate the four-door passenger car market. Over the past eight weeks Mr. Collorafi has met with several Government and State officials to discuss a number of different funding options from a variety of entities. One of the options includes the availability of financing from the Federal Stimulus Package. Mr. Collorafi is also working with various Department of Development officials in a number of states to include employee based incentives, tax incentives, and research and development funding into the finance package. The site for the new assembly plant, the Revenge Certified Installation Center and Testing Facility, will create employment opportunities and economic assistance to whatever community is chosen to be the home of the new location. The current Northern Indiana location will be maintained for management and R&D purposes; however, the entire Revenge Team is very excited to be branching out to a new location and start building. Mr. Pelmear has informed Revenge Designs that he has over three dozen patents near completion and production should commence mid-year 2009. Both Pelmear and Collorafi agree that, no matter where the plant locations are or how quickly production begins, the 'the true win is seeing fuel-efficient production vehicles driving down the roads that have helped put Americans back to work.' In summary, Mr. Collorafi states, 'I must commend Mr. Pelmear for his relentless fight to strive for a clean air environment now. His ability to release his proven technology now, in 2009, is making improvements for not only our generation but for our children and generations to come.' Revenge Designs Inc., a specialty car designer and production assembler, is headquartered in a facility in North Eastern Indiana. Mr. Peter Collorafi is a car designer from Queensland, Australia. Mr. Collorafi has been designing and installing custom modifications for factory produced vehicles since 1980. Their products include the Revenge Solstice, Revenge Ridgeline, and the award winning Revenge GTO. For more information on the company please visit www.revengedesignsinc.com. Revenge Designs Inc. --- Investing in Our Future 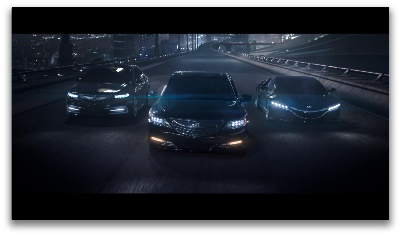 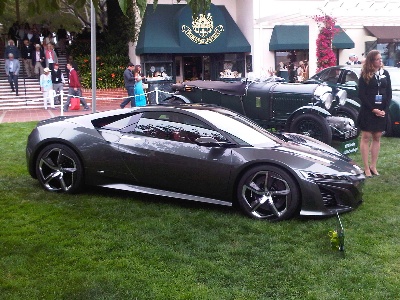 08182013 - TORRANCE, Calif. The Acura NSX Concept will make a special appearance on the Concept Lawn at the 2013 Pebble Beach Concours dElegance®, August 18, 2013, heralding the announcement... 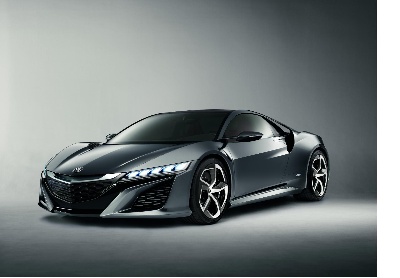 The Acura NSX Concept will make a special appearance on the Concept Lawn at the 2013 Pebble Beach Concours dElegance®, August 18, 2013, heralding the announcement of the Acura brand as an Official Sponsor... 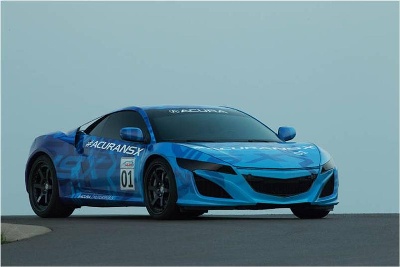 A prototype Acura NSX has lapped the Mid-Ohio Sports Car Course in Lexington, Ohio, just prior to the running of the Honda Indy 200, exciting fans in the state where the NSX is being developed and will...
© 1998-2020. All rights reserved. The material may not be published, broadcast, rewritten, or redistributed.