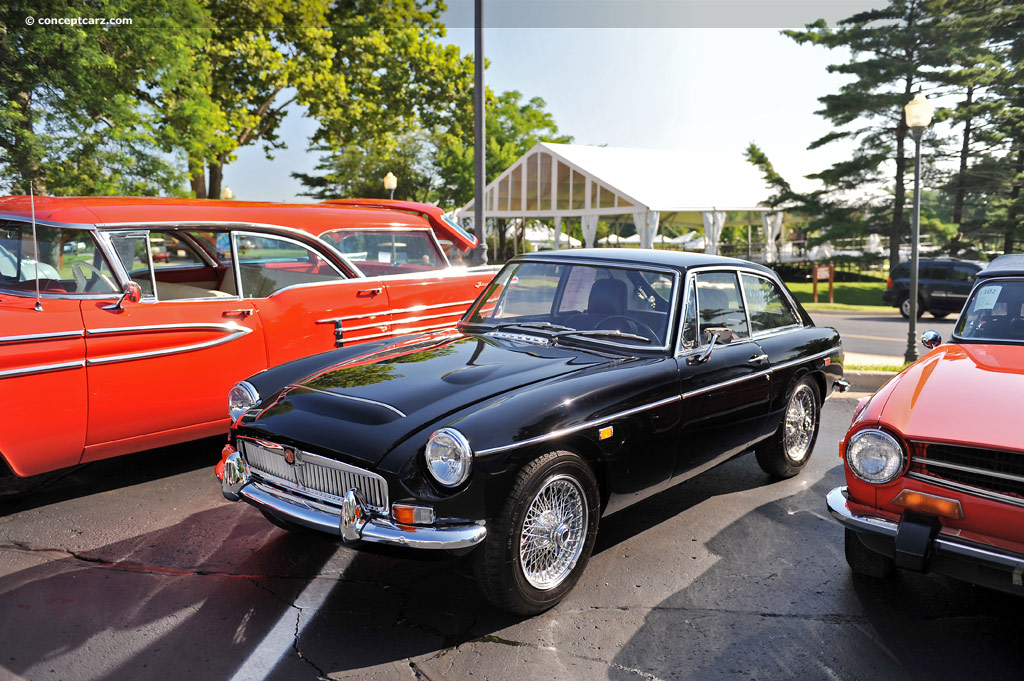 The MG MGC was announced in 1967 and offered in roadster and GT configuration. Power was supplied by a 2912 cc OHV six-cylinder pushrod engine capable of producing 150 horsepower and propelling the vehicle to around 120 mph.

In comparison to the MGB, the MGC brought many mechanical and performance improvements at a low price. Unfortunately, its demise in 1969 was attributed to its similar styling to the MGB and poor press from the automotive media. The engine had been moved back in the engine bay to create a 53/47 weight distribution. Even with these improvements, the press criticized the car as suffering from under-steer.

It is unfortunate that the MGC was not well received. The styling was very similar to its predecessor which led many to believe that the vehicle was the same model. What really transpired were many mechanical updates and few cosmetic changes. The engine was quiet and smooth which gave many drivers a false sense of security and as a result, often overextend the vehicle through the corners creating under-steer. By 1969, the vehicle was discontinued.
By Daniel Vaughan | Jul 2009For many years, MG's chief engineer, Sid Enever, had wondered if a six-cylinder version of the MGB could be built and would fit within the body shell. Though many changes were required the skill of the team assembled was shown as the near-impossible feat was accomplished. The engine was to sit as far back in the engine bay as possible to help with weight distribution and to eliminate potential problems that the additional weight could introduce, such as poor handling, steering, and braking. A major problem arose when the sump of the engine and the front cross-member wanted to occupy the same space. To resolve this issue the original cross-member, shock absorbers and coil springs were removed. A new front suspension was fitted in its place. The hood was given a bulge to help conceal the large engine. The 14-inch wheels were replaced with larger, 15-inch wheels. Disc brakes could be found in the front and rear which helped greatly in slowing the vehicle down. Top speed was in the neighborhood of 120 mph.

At the 1967 London Motor Show, the Abington based company introduced their six-cylinder creation. It is believed that there were six body shells of the MGC GTS created. They were comprised of steel with aluminum body panels. The enlarged fender flares accommodated the larger tires. All were originally painted red but later changed to green. The change in color occurred right before the Targa Florio race when Italians complained that the red color was reserved for their vehicles.

A few of the MGC GTS racing appearances include visits to Sebring, Nurburgring, and the Targa Florio.

The large bulge and flared fenders gave the vehicle a very aggressive stance and was very visually appealing. The lightweight body and powerful engine made this vehicle a formidable contender on the racing circuit.
By Daniel Vaughan | Jul 2009

In 1931-1932 MG produced a most successful 750cc C-Type based on the M-Type Midget. Not this car! The MGC was an MGB with its 4-cylinder motor replaced by the 6-cylinder from the Healey 3000 and once considered a 'Squealy' replacement but after less ....[continue reading]