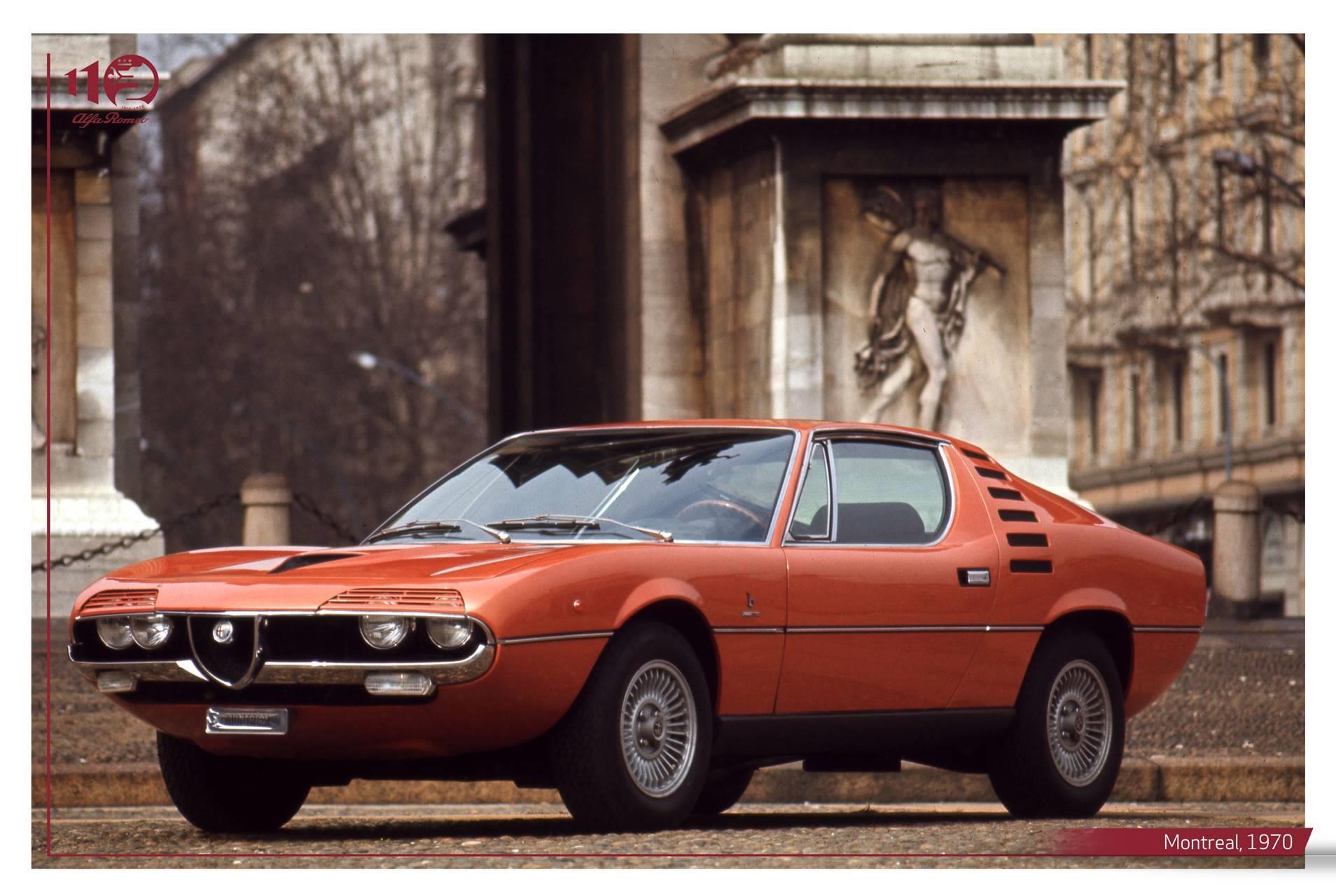 Alfa Romeo's latest rock star, the overwhelmingly charismatic 8C, seemed to come out of the blue. While Alfa has always been known for building passionate vehicles that were first rolling works of art and second devices of transportation, their recent model line-up has consisted primarily of rather tame, front-wheel-drive cars for those looking to try out something other than a BMW. The introduction of this new exotic, though, is no break from tradition. Nearly 40 years ago, Alfa Romeo did the exact same thing with their potent Montreal.Introduced for 1970 after appearing as a prototype in 1967, the Alfa Montreal was a technological flagship. It was innovative, impressive, and expensive. While Alfa's pre-war offerings had often been built to the standards of those three words just mentioned, the company's model line consisted of decidedly tamer cars when the Montreal arrived on the scene. Alfa's other sports cars of 1970 were the Spider and the GTV. Both were stylish, sleek, and athletic, but neither were as race-bred and uncompromising as the Montreal.Predating the Montreal was Alfa's successful racecar, the Tipo 33/2. This model combined fantastic styling with excellent engineering. One of its key features was an easy-revving, small-displacement gem of a V8. A detuned version of the 33/2's brilliant engine was dropped into the front of Alfa's Montreal. This motor, with its tidy alloy construction and SPICA mechanical fuel injection, was far ahead of its time. It made 200hp out of just 2.6 liters, a very respectable specific output for a naturally aspirated car. Its high redline and small displacement made it one of the most lively powerhouses of its day.
Not all of the Montreal's mechanicals could match the standards of the car's 2.6-liter heart. The suspension, with a live rear axle and soft springs, let the car lean into corners too much for many enthusiasts. Its unassisted, recirculating ball steering required a slow ratio to be manageable at low speeds, so the car wasn't as agile as many contemporary sports cars. Harping over these shortcomings would be missing the point, though. The Montreal was a Grand Tourer. It was about style, and about the presence of arriving with a trumpeted V8 roar emanating from a voluptuous Italian form.
No analysis of an Alfa could ever be complete without some comments on its design. After all, Alfa Romeo has been working with prestigious designers, coachbuilders, and Italian carrozzeria almost since the company's inception. Marcello Gandini, the innovative stylist who went on to pen the lines of the influential Lamborghini Countach, designed the Montreal while he was working at Bertone. Nuccio Bertone and the accomplished design house he established had a strong relationship with Alfa, and the choice to go with Bertone was a safe one. But safety aside, the Montreal's design was anything but conservative. The car featured radical details that separated it from its more pedestrian stable mates. Among these were headlight eyebrows that pivoted down only when needed to give the car a clean, menacing look with its headlights off, and a series of horizontal vents in the c-pillar that gave the illusion of a mid-engined car. These vents were, in reality, used for cabin ventilation. The Montreal sparked new life into Alfa's production cars. Though Alfa had a history of producing drool-worthy driveway ornaments with a magnificent pedigree, the company hadn't put out any thoroughly dramatic automotive sculptures for quite some time. What the Montreal did for the company then is just what the 8C is doing now. These cars are spokespeople for Alfa Romeo, announcing to the world in perfect Italian: 'We've still got it.' For more information on Alfa Romeo's striking Montreal, visit Bruce Taylor's comprehensive website at http://www.alfamontreal.info/.By Evan Acuña
The Bertone-styled Alfa Romeo Montreal was unveiled as a 'styling exercise' at the 1967 Expo in Montreal. The response was phenomenal which drove Alfa Romeo to quickly create the production version which was introduced in 1970. The vehicle featured a V8, similar to the one used in the Type 33, and a top speed in the neighborhood of 130 mph. The chassis was from the 1750 touring car. A five-speed manual gearbox and ventilated disc brakes were also used.
The way the vehicle's name was derived should be fairly obvious; after the location where it was initially introduced.This was the fastest production vehicle Alfa had produced to date.
By Daniel Vaughan | Jun 2006
Concepts by Alfa Romeo