Developed by Toyota Motor Corporation (TMC), the FINE-S concept is an example of Toyota's ongoing commitment to expand technology for environmentally friendly cars and trucks. The futuristic high-performance look of the FINE-S reveals the potential styling versatility for fuel-cell vehicles. The adaptability of the Toyota fuel cell system components make it possible to install the technology in a wide variety of vehicle types, shapes and sizes, based on a shared platform.

The FINE-S is representative of the future of fuel-cell vehicles as being high in styling and high in performance. With the ability to modularly install fuel-cell components throughout the vehicle, future fuel-cell vehicles will be capable of having individual electric power applied to all four wheels.

The FINE-S features a long wheelbase with very short front- and rear overhangs and a sleek low-to-the-ground aerodynamic design. The low center-of-gravity coupled with an individual wheel torque control system will provide excellent performance handling. Inside, the FINE-S features a spacious cabin with a creative four-seat design that provides ample roominess and comfort.

The Toyota FCHV is based on the popular Highlander five-passenger sport utility vehicle (SÚV). Its fuel-cell stack is solely developed and built by Toyota.Source - Toyota

Chris Hostetter discusses investment in fuel cells and hydrogen infrastructure in The Road to Profit in Alternative Fuels panel Toyota serves as the first automaker to sponsor the conference L...

Chris Hostetter discusses investment in fuel cells and hydrogen infrastructure in The Road to Profit in Alternative Fuels panel Toyota serves as the first automaker to sponsor the conference L... 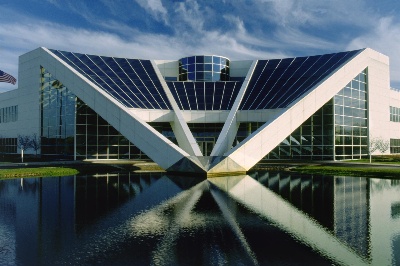 Toyota joins Aspen Ideas Festival as presenting underwriter for first time Advanced technology vehicles on display Experts to discuss the role of automated technologies in reducing global traffic f...
© 1998-2020. All rights reserved. The material may not be published, broadcast, rewritten, or redistributed.