The all-new Cadillac SRX brings a heightened level of performance and flexibility to the medium luxury utility segment. It's a vehicle able to handle whatever path you put in front of it - a utility vehicle with a towing capacity (mid-year availability) of up to 3,500 pounds (1,134 kg) that drives like a sport sedan and looks like nothing else on the road. Its bold, breakthrough styling instantly announces Cadillac's arrival in the segment.

SRX is the latest model to express Cadillac's bold new design form vocabulary, and echoes the crisp, creased look of its concept vehicle predecessor, Vizón (2001). As the first of Cadillac's S-series of models, SRX foreshadows and shares automotive DNA with future vehicles like the all-new 2005 STS sedan. (concept carz)

Available in both rear-wheel-drive (RWD) and all-wheel-drive (AWD) applications and based on GM's acclaimed new Sigma architecture, SRX is designed to deliver superior driving dynamics.

'SRX is a true driver's utility, an innovative entry in a crowded segment,' said Jay Spenchian, marketing director. 'SRX is unlike any of the luxury utilities out there. It offers a great look, precise road manners and unprecedented utility.'

The SRX made its official debut at Detroit's North American International Auto Show in January 2003, with production start-up in mid-2003.

A luxury utility with the heart and soul of a sport sedan
Many attributes set SRX apart, but at the top of that list is performance. CTS proved the Sigma architecture has the right underpinnings for a driver's car. Now this flexible architecture has been modified for SRX, featuring the longest wheelbase in its class and helping to provide superior ride quality and dynamic stability.

A near 50-50 weight distribution, a low center of gravity, outstanding powertrain combinations and a host of the latest vehicle stability technologies contribute to make SRX a rare utility vehicle that is, at its core, fun to drive.

Northstar power and sophisticated chassis management
New engine combinations are available for SRX, including the next-generation 4.6L Northstar V-8 VVT (variable valve timing) or the all-new 3.6L V-6 VVT. The 4.6L, 32-valve V-8 Northstar engine, extensively re-engineered and mounted longitudinally, is a sophisticated, technically advanced powerplant that generates 320 horsepower (239 kw) at 6400 rpm and 315 lb.-ft. of torque (427 Nm) at 4400 rpm. The engine incorporates a host of technical innovations, including electronic throttle control and phasers on all four camshafts to control valve timing throughout the entire operating range.

SRX will mark the first AWD and second RWD application of the Northstar engine family. This new 4.6L Northstar makes its debut in the RWD Cadillac XLR luxury roadster.

Both engines will be mated to five-speed automatic transmissions: the Hydra-Matic 5L50-E with the V-8 VVT and the Hydra-Matic 5L40-E with the V-6 VVT. The 5L50-E, with 25 percent more torque capacity than the 5L40-E, features Performance Algorithm Shifting (PAS), an innovative new dual-plate torque converter and a separate, highly refined transmission control module (TCM) with expanded power and memory. Both transmissions feature Driver Shift Control (which offers the thrill of clutchless manual shifting), electronically controlled engine braking, downgrade detection with brake assist, and Performance Algorithm Liftfoot.

Standout styling and flexible cargo management
At first glance, SRX is instantly recognizable as one of the 'new' Cadillacs and yet is unlike anything else on the road. The family resemblance to CTS and Escalade is immediately evident; the SRX visually bridges the gap between performance sedan and full-size SÚV. Its Cadillac bloodline shows through in its chiseled vertical tail and headlamps and V-shaped grille. At the same time, the dramatically styled SRX clearly stands out from its European and Japanese competitors.

There was an intense focus in SRX development on providing usable and convenient passenger and storage space. SRX seats up to seven passengers with the optional third row seat engaged. The second row seat, with the most legroom in its class at 41 inches (104 cm), folds virtually flat, and the third row seat power-folds into the floor at the push of a button. Third-row seats also feature cupholders. Vehicles not equipped with the optional third-row seat can have a cargo management system integrated into the rear floor. The standard roof rails extend the vehicle's storage capability.

An optional rear cargo management system, available as an alternative to the third row seat, offers three cargo compartments and includes a removable storage bin. It's perfect for stowing anything from a car care or emergency kit to sports equipment to DVDs or CDs for a long drive. For still more cargo packing, large side storage bins along the rear cargo area are standard.

Nearly all of the vehicle's interior space can be illuminated with daylight with the largest sunroof system available in the segment. The optional 'ÚltraView' sunroof provides the thrill of an open-air driving experience. It extends to provide 5.6 feet (1.7 m) of open air over the first and second row seats and integrates a retractable power shade. The 'ÚltraView Plus' includes a vented glass roof over the third row seat and a power sunshade.

Interior materials and appointments reflect the richness of the Cadillac S-series. The blend of wood and leather represents an evolution of refinement for the interior, and includes leather seats and armrest, and wood trim on the steering wheel, shifter knob, door pulls and PRNDL trim plate. Interior colors include ebony, light neutral and light gray.

Built to please
SRX is manufactured at Lansing Grand River Assembly in Lansing, Mich., which builds the CTS. The state-of-the-art, 1.9 million-square-foot (176,516 square-meter) facility is based on GM's Global Manufacturing System (GMS). GMS focuses on maximum performance in the areas of quality, safety, customer responsiveness and cost. GMS stresses the importance of built-in quality principles, and the LGR plant practices those principles in every aspect of its operations to assure its products are world-class in terms of quality. 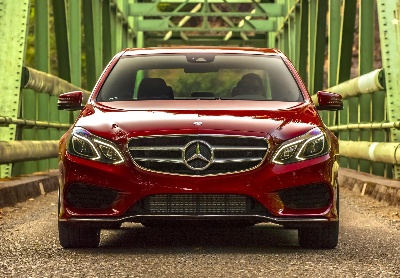