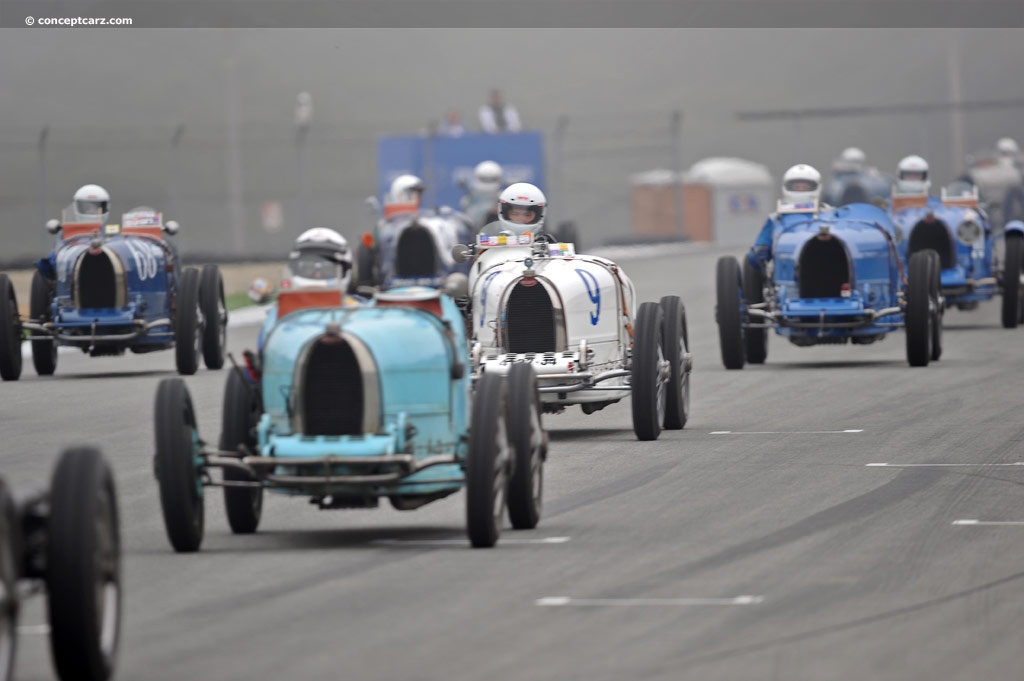 The Automobiles Ettore Bugatti Company was founded in 1909 in the then-German city of Molsheim Alsace by Ettore Bugatti. The Bugatti Type 13, generally known as the Brescia, is considered the first true Bugatti car. The four-cylinder 1,327-1,496cc engine was increasingly refined and developed and would be the basis upon which the Bugatti's company, reputation, and success were based. During the sixteen-year production run, approximately 2,000 examples were built.

The Type 13 had a 4-valve head design, which was one of the earliest to use this configuration. With the help of dual Zenith carburetors, the engine produced 30 horsepower which was more than adequate for the small, 600 lb car. With a lack of power, the Type 13 made up in steering, braking, and handling.

At the 1910 French Grand Prix at LeMans in 1911, the small Bugatti lineup against a much larger, and more powerful field of contenders. After seven hours of racing, the Bugatti had proven its potential by taking second place. By the mid-twenties, the Brescia had lost its competitive edge and was replaced by the eight-cylinder Type 35 and its many variants.

The Type 35 had a tapered hood and body tail, a narrow two-seat body, a distinctive horseshoe radiator, a slightly curved front axle, and eight-spoke aluminum alloy wheels. Under the bonnet was a 2.3-liter, single overhead cam, four-cylinder engine often paired with a supercharger. It was a commercial and racing success, with over 1,000 victories in its time. It was the Grand Prix World Champion in 1926 after winning 351 races and setting 47 records in the two prior years. From 1925 through 1929, Bugatti won the Targa Florio for five consecutive years.

The success of the Type 35 presented Bugatti an opportunity to design a reasonably priced and easily maintainable successor to the Brescia. The forthcoming vehicle was designated the Bugatti Type 37. It had the elegance of the Type 35's engines, carved from a single block of metal, a one-piece crankshaft, a two-piece aluminum crankcase, and plain bearings. It had the proven three-valve per cylinder breathing with two intake valves and a single exhaust valve, actuated by a shaft-driven single overhead camshaft. This 1.5-liter straight-4 cylinder engine was later used in the Type 40.

In naturally aspirated form, the 1.5-liter engine offered 50-60 horsepower. For those seeking more, Bugatti added a shortened version of the Type 35's Roots supercharger, developing over 80 horsepower. Other refinements fitted to the Type 37A were a magneto ignition and the optional aluminum wheels in place of the wire wheels. One example, driven by Louis Chiron, was victorious at the 1928 Italian Grand Prix. Another example driven by Bill Thompson won at the Australian Grand Prix in 1930.
by Daniel Vaughan | Feb 2020

The Type 37 was first introduced in 1926 and available in two forms - normal and supercharged. The Supercharged versions were dubbed the 37A. Production lasted until 1930. During its production lifespan, around 290 examples were produced. The vehicle was powered by a 2-liter four-cylinder engine with either a Zenith or Solex carburetor. With the use of the supercharger, the engine produced 90 horsepower.....
Continue Reading >>

The purpose-built Bugatti Type 37 was introduced in 1926 and it combined the single overhead-cam, three-valve, four-cylinder of the Type 40 with a chassis based on that of the Type 35 competition car. This combination provided race car performance at....[continue reading]

A tremendously successful and popular little car, the Type 37 was introduced as a durable and easy to work on racer to supplement Bugatti`s sophisticated and complex Grand Prix cars. Type 37s were successful in the Voiturette class (under 1500cc), an....[continue reading]

This Bugatti Type 37 was produced in March of 1927 as a Factory Works car and it is believed to have been an un-supercharged example. However, it appears to have raced at the Targa Florio in 1927 as a 37A, which meant it had a supercharger. A common ....[continue reading] 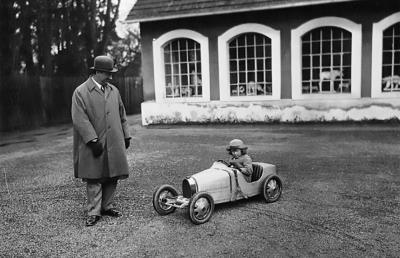 500 limited-edition junior Bugatti cars built to celebrate the brands 110th anniversary The car that brought Automobiles Ettore Bugatti to fame in the 1920s, the Bugatti Type 35, is generally acknowledged as the most successful racing car of... 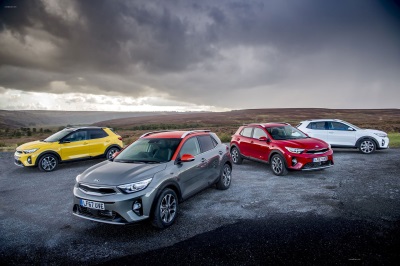 Kias first entry into the B-segment SUV market Sector expected to double to 2.2 million sales a year in Europe by 2020 Five versions based on two trim lines and three powertrains Fuel economy of up to 67.3mpg, with CO2 emissions as low as 109gk... 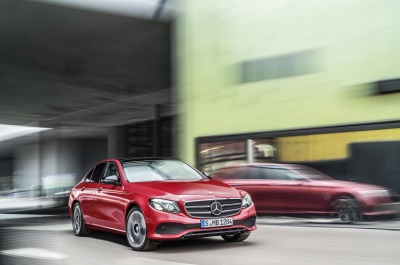 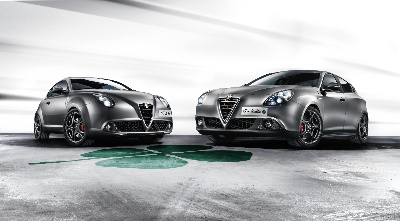 Total 1927 Bugatti Type 37A production: 0
© 1998-2020. All rights reserved. The material may not be published, broadcast, rewritten, or redistributed.