DETROIT – The GMC Graphyte concept vehicle is a refined SÚV with all the capability expected in a four-wheel-drive truck, but with 25 percent improved fuel economy enabled by GM's latest two-model full hybrid propulsion system. A tailored design, including an elegant, metal-framed grille gives the Graphyte an urban flair. It was designed and built at the GM Advanced Studio in Coventry , England .

The midsize Graphyte uses a two-mode full hybrid combined with a Vortec 5300 V-8 with Displacement on Demand (DoD) technology, to deliver strong, continuous power in all driving conditions. It is similar to the hybrid system that will be available on GMC Yukon and Chevy Tahoe full-size SÚVs in 2007.

'The promise of the Graphyte's hybrid technology is guilt-free performance,' said Tom Stephens, group vice president for GM Powertrain. 'It provides a real and dramatic improvement in fuel economy without compromising the reasons customers want to use their SÚV.'

GM's two-mode full hybrid system has been established as the starting point for the GM-DaimlerChrysler collaboration. Variants planned include rear-, front- and all-wheel drive versions for cars, trucks and other vehicles.

The first mode provides fuel-saving capability in low-speed, stop-and-go driving – the kind of driving typical of urban commuting – with a combination of full electric propulsion and engine power. The second mode is used primarily at high speeds to optimize fuel economy, while providing full engine power when conditions demand it, such as trailer towing or climbing steep grades. It works synergistically with other technologies such as Displacement on Demand to reduce fuel consumption at highway speeds.

Two-mode full hybrid technology is at the center of GM's three-prong advanced propulsion strategy that aims to take automobiles out of the energy and environmental debate. Its universal design allows engineers to scale the architecture to fit vehicles of any size. The system fits within the space of a conventional automatic transmission, with a battery pack providing the electric power.

'GM feels it is best to employ hybrid technology first on large vehicles, such as buses and SÚVs, because they generally are the largest consumers of fuel,' said Stephens. 'With the Graphyte, we've demonstrated its integration into a type of vehicle where its fuel-saving technology will do the most good, while maintaining all the utility for which GMC trucks and SÚVs are known.'

Packaging for the two-mode full hybrid drive system and supporting components in the Graphyte includes a 300-volt NiMH cross-vehicle battery pack located beneath the rear passenger seat and accessory systems under the hood to support the electrically driven HVAC, power steering and power brake systems. The drive system itself, including two compact electric motors and a series of gears that provide an infinite range of drive ratios, is contained within the case of a conventional Hydra-Matic 4L60-E automatic transmission. (posted on conceptcarz.com)

The Graphyte has the built-in strength of a true truck, including a full ladder-type perimeter frame, with a strut-type front suspension and a five-link rear suspension. The suspension ride height can be adjusted by the driver up to 4.7 inches (120 mm), with the lowest height providing improved aerodynamics – enhancing fuel economy – and the raised height providing more ground clearance when driving off road.

The suspension meets the road via 22-inch magnesium wheels and prototype Goodyear all-terrain tires. Stopping power is regulated by a four-wheel disc brake system with four-channel ABS. The brakes feature large, cross-drilled and slotted rotors measuring 15 inches (381 mm) in diameter in front and 14.74 inches (374.6 mm) in the rear.

'The Graphyte pushes SÚV styling in a more refined direction while reinforcing GMC's authentic performance attributes,' said Anne Asensio, executive director of design. 'There is an air of urban sophistication that isn't found in other SÚVs, but is relevant for hybrid technology.'

The exterior combines the functionality and purity associated with traditional SÚVs, with refinement and a clean, distinctive look that clearly retains GMC DNA. Aerodynamics also play a large role in the vehicle's design, as a slippery shape enhances fuel economy. Graphyte's fast, 40-degree windshield, swept headlamps and the tapered roofline convey a wind-driven look, while a smooth underbody cover reduces drag. A pillarless side window design also contributes to the smooth styling, as the glass appears as one continuous element from the A-pillar to the D-pillar. There also are two large, transversal skylights – divided by an overhead console – that provide a more open feel in the interior.

Details such as jeweled Xenon headlamps and LED-illuminated taillamps – the headlamps rotate left and right as well as move vertically to follow the attitude of the vehicle – complement the new, metal-frame grille design to convey a sense of solidity. Even Graphyte's Spiral Grey Glass exterior color exudes professional grade strength and urban chic.

Exterior details also include a clever cargo area hatch/tailgate system. The tailgate operates independently of the upper hatch to rotate and fold straight down, easing cargo loading. And, like the grille, there is a prominent red GMC logo on the tailgate.

From its commanding driving position, the Graphyte's interior has a crafted, airy environment that is enhanced by the large skylights. Mokanto wood veneer, as well as anodized and polished aluminum trim, accents Spiral Grey leather upper sections of the interior. The front seatbacks also carry the linear wood veneer and aluminum trim theme and are mounted on pedestals rather than conventional tracks to provide more leg room. Prairie Sandalwood-color leather covers the lower instrument panel, lower door panels and seats.

The rear seats have a unique 1-2-3 folding capability, allowing the seatbacks of all three seating positions to be folded flat and independent of one another. The rear seat cushion also folds up, increasing cargo space, while the entire rear seat adjusts fore and aft to provide additional legroom.

Intuitive driver controls for the hybrid drive system are located in the center console and consist of an easy-to-operate drive-by-wire system. Instead of a shift lever that moves to select a gear, the driver simply pushes a button to select drive, reverse or park. All controls were designed to bolster the driver's feeling of control and enhance the relationship with the technology woven into the Graphyte – a relationship that evokes an emotional response from the driver and passengers.

A LCD screen in the console displays the hybrid system's functional details, while a large, two-bin instrument panel in front of the driver provides conventional analog gauge readouts for the speedometer, tachometer and other instruments. The console screen also provides access to the vehicle's satellite navigation system and other infotainment options. Another screen folds down from an overhead console for rear seat passengers to view.

The 2006 Graphyte also is equipped with OnStar. With 3 million subscribers, OnStar is the nation's leading provider of in-vehicle safety, security and information services using the Global Positioning System (GPS) satellite network and wireless technologies. Owners can interact with OnStar's voice recognition system in Spanish, French or English. With the push of a button an OnStar advisor can change the system to allow the subscriber to interact with the system in their preferred language. Other core OnStar services are stolen vehicle location assistance, remote door unlock, roadside assistance, emergency services and automatic crash notification.

GM is the only automotive manufacturer committed to offering a full range of vehicles with safety protection before, during and after a collision. All OnStar-equipped vehicles come with Automatic Crash Notification. If air bags deploy, the system sends a signal to a highly trained OnStar Emergency Advisor, who contacts the vehicle to see if help is needed, and can contact an emergency responder to send for help. In many cases the occupants are severely injured and cannot speak for themselves. OnStar's GPS unit allows Advisors to tell emergency responders the vehicle's location. OnStar responds to at least one air bag deployment in the ÚS or Canada every hour.

Additionally, the Graphyte has the GM-exclusive Advanced Automatic Crash Notification system. The AACN system detects collisions, even rollovers, regardless of whether air bags deploy. AACN also transmits other crash data, such as the direction of impact force, the number of and which air bags deployed and the maximum change of impact velocity, so that emergency responders are more prepared with this critical information before they arrive at the accident scene.Source - General Motors 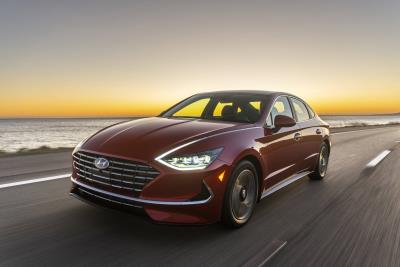 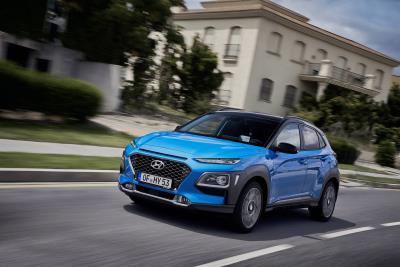 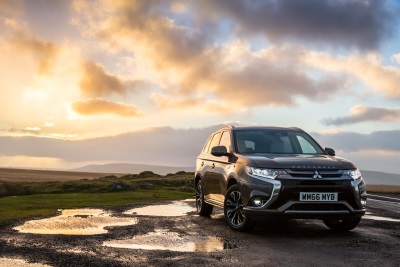