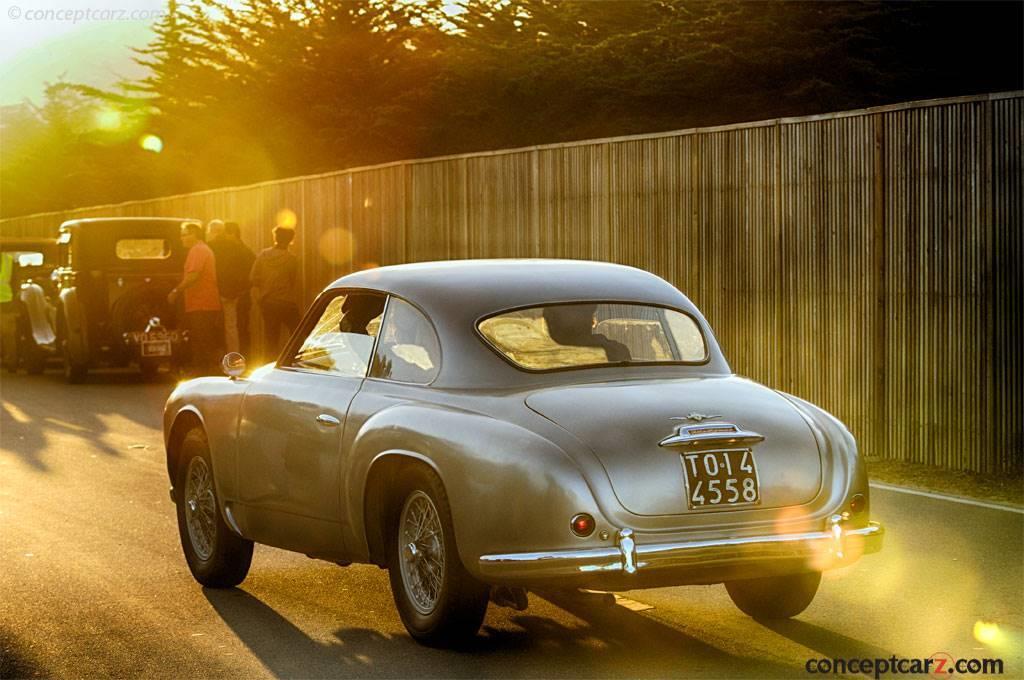 The Alfa Romeo's first all-new vehicle of the post-war period was the 1900, introduced in 1950 and continued through 1959. Additionally, it was the first Alfa Romeo production car built without a separate chassis, with unitary construction, and on a modern production line. Power was from a twin-overhead-camshaft four-cylinder engine that displaced 1884cc and offered 90 horsepower. In keeping with the company's heritage, it was given sporting credentials that included the wishbone and coil springs independent front suspension and a well located live rear axle.

The 1900's true potential was realized with the 1951 launch of the 1900 Sprint which had bodywork by Pinin Farina (cabriolet) and Touring (coupes), but powered by the 100 horsepower engine of the 1900TI sports salon. The Touring Sprint offered family-sized accommodations in a two-door sport coupe package.

The Series 2 arrived in early 1954, and the model was mildly restyled and upgraded as the Super Sprint, with a 1975cc, 115 bhp engine and five-speed gearbox.
Between 1952 and 1953, Pinin Farina built 100 coupes on the shot 1900 Sprint chassis. Whereas the Touring Superleggera designed example used aluminum panels over a tubular steel supporting structure, the Pinin Farina example had steel bodies with steel panels that had a thickness of just 0.7mm. The boot lid, dashboard and bonnet were fashioned from aluminum.

Much of Europe was devastated by bombing and attacks during World War II and factories that had been producing vehicles switched to producing materials and vehicles in support of the war efforts. The war ended in 1947 and by 1950 Alfa Romeo had a new vehicle ready for serious production. It was designed by Dr. Orazio Satta Puliga and was the first Alfa Romeo to use unitary construction. Under the....
Continue Reading >>

The Alfa Romeo 1900 Series was produced from the very early 1900s through 1959. It was designed by Italian designer, Orazio Satta, and became the companys first car built on a production line. This vehicle signaled a radical departure from the type of business Alfa Romeo had constructed in the pre-War era. This shift towards an affordable production automobile was a necessary evolution for the....
Continue Reading >>

La Bellezza Non Basta! (Beauty is Not Enough!)
Alfa Romeo is an Italian automobile manufacturer founded in 1910, and it has been a part of the Fiat Group since 1986. The company was originally known as A.L.F.A. which is an acronym for Anoi....[continue reading]

Alfa Romeo's 1900 would bring some of the company's racing heritage to the masses beginning the love affair many would have with the company throughout the years. In the case of the 1900 Corto Gara, Alfa Romeo took a car for the masses and managed to....[continue reading]

This 1953 Alfa Romeo 1900 SS Ghia Coupe was especially built for the 1953 Milan Auto Show. It was displayed at many other auto shows throughout Europe as one of Ghia's show cars and won awards for its styling.

Designed by Orazio Satta, the Alfa Romeo 1900 was produced from 1950 to 1959. It was Alfa Romeo's first production car built without a separate chassis and on a modern production line. Alfa Romeo built five variations of the 1900 specifically for ind....[continue reading] 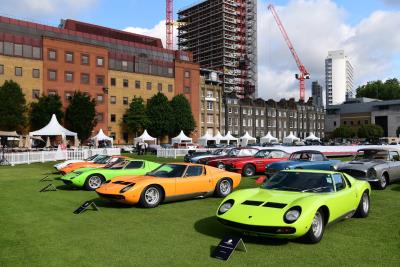 The LondonConcours presented by Montres Breguet, opened its doors at the Citys Honourable Artillery Company yesterday Around 3,000 people walked through the historic gates and on to the lawn...

Concours of Elegance has confirmed the full incredible line-up of cars at its 2015 event, held at the Palace of Holyroodhouse in Edinburgh Gorgeous 1912 Rolls-Royce Silver Ghost London to Edinburgh...
© 1998-2020. All rights reserved. The material may not be published, broadcast, rewritten, or redistributed.