The TVR Speed 12 was first unveiled to the public at the 1996 British Motorshow, though the name, TVR Speed 12, would not be seen until 1998. When first introduced it was dubbed the TVR 7/12 for its 7 liter displacement site (actually a 7.7 liters) and 12-cylinders. This vehicle was to serve a dual purpose; it was to be a contender in the GT1 Le Mans class as well as be high performance road car. The true horsepower output for the vehicles produced was estimated to be over 800 horsepower and possibly over 1000 horsepower. The real figure was never known. TVR made initial claims that it would be faster than the McLaren F1 with weight less than 1000 kilograms. TVR engineers attempted to record the vehicles power on a dyno but the input shaft on the dyno broke and the figure was never known. So the TVR engineers tested the each bank of the engine individually - The engine was comprised of two TVR AJP6 engines on a single crank - which resulted in 480 bhp per bank. Though not an exact figure, the 960 horsepower estimation was probably close. To handle all this power, TVR created a special six-speed manual gearbox and clutch.By 1998 the TVR Speed 12 was nearly ready for competition, with hopes of competing in the GT1 class at Le Mans. To comply with regulations, the horsepower output was limited to 660 and weight would be in the neighborhood of 1000 kilograms. The Speed 12 GTS raced in the FIA GT class for a few races before rules changes and the demise of the GT1 class made the Speed 12 obsolete. After this, the company switched their focus on the road-legal production version of the Speed 12. Development continued for in their racing department with intent on racing in the GT2 class. The cars ran for a few seasons in the British GT Championship with mild success. Though a formidable contender, reliability issues often sidelined the vehicles prematurely.
In 2000 TVR was nearing the completion of the road-going TVR which they dubbed the TVR Cerbera Speed 12. The price was set at £188,000 which was rather steep but well suited for a potential McLaren F1 beater. This price would include a road-going supercar which was constructed alongside the racing versions. Its horsepower would not be restricted by racing regulations meaning the estimated 960 horsepower would be at the driver's control. Peter Wheeler, owner of the TVR Company at the time, drove a prototype on the road. After his drive he remarked that the car was not safe for normal driving conditions. The car was simply too powerful. Soon after, the deposits were returned and production plans were canceled. The prototypes were shown at a few shows and later taken apart and used as spare parts in support of the Speed 12 racing program.
The TVR Speed 12 can now be found in the Gran Turismo 4 video game where it has a 380 km/h top speed and an equally-as-high price tag. A final TVR Cerbera Speed 12 was built and given registration W112BHG. It was sold to a lucky and deserving enthusiast. Each potential buyer was interviewed by Wheeler in an attempt to find the most deserving of this machine. The Speed 12 was constructed from parts of the GT racers since most of the other parts had been used or destroyed.
By Daniel Vaughan | Oct 2006 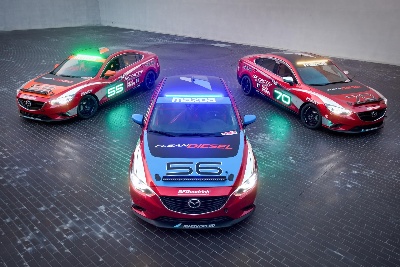 December 3, 2013 (IRVINE, Calif.) — There have always been rivalries Yankees versus Red Sox. Beta versus VHS. Coke versus Pepsi. Tom versus Jerry. In the automotive retail world, that rivalry is Factory Guys versus Dealers. To finally put...