When World War II ended and peacetime resumed, Detroit's car builders quickly resumed civilian production, working feverishly to get new models into the showrooms. While creating all-new models took time, automakers dusted off the prewar designs and applied mild styling updates to put cars on the road again. Oldsmobile resumed production on October 15th of 1945 with only minor changes to the pre-war designs. Part of these updates included large fuselage front fenders and bumpers in a vast array of body styles powered by six- and eight-cylinders.

The 1946 Oldsmobile line consisted of the Special (Sixty Series), Dynamic (Seventy Series), and the Custom Cruiser (Ninety Series). The Special was solely powered by six-cylinder power, while the 90 was only powered by eight-cylinders. The Dynamic could be ordered with either six- or eight-cylinder engines. These models would continue through 1947. In 1948, the entry-level model was now the Dynamic as the Special did not survive past 1947. The Dynamic name was applied to both the entry-level Sixty Series and the intermediate Seventy Series. The Sixty Series had a wheelbase size of 119 inches compared to 125 for the Seventy and Ninety-Eight series. It was available with the largest number of body styles that included a club coupe, club sedan, sedan, convertible, and station wagon. Both six- and eight-cylinder engine options were available. When ordered with the 6-cylinder they became known as the 66. With the eight-cylinder option that was known as the 68. Standard equipment included dual horns, dual sun visors, and a cigarette lighter. A Deluxe equipment package added a clock, chrome wheel trim rings, Deluxe steering wheel, Deluxe instrument cluster, and foam rubber seat cushions.

The L-head, inline-six-cylinder engine displaced 238 cubic-inches and had aluminum alloy pistons, automatic choke, and a one-barrel downdraft carburetor. It produced 100 horsepower at 3,400 RPM and was backed by a column-shifted manual transmission as standard equipment. An optional Hydra-Matic - a $175 option - was also available. Fender skirts, dual flow heater and defroster, condition-air heater and defroster, Super Deluxe radio 6-tube, glovebox and map lights, and heavy-duty air cleaner were a few of the options. The L-head eight-cylinder engine displaced 257 cubic-inches and produced 110 horsepower at 3,600 RPM. It had aluminum pistons, I-beam connecting rods, and a two-barrel downdraft carburetor with automatic choke.

The Dynamic Sixty Series accounted for approximately 33% of Oldsmobiles 1948 production with the club sedan being the most popular in the Sixty series, with 23,732 examples finding owners. 18,142 were sedans and 9,326 were club coupes. 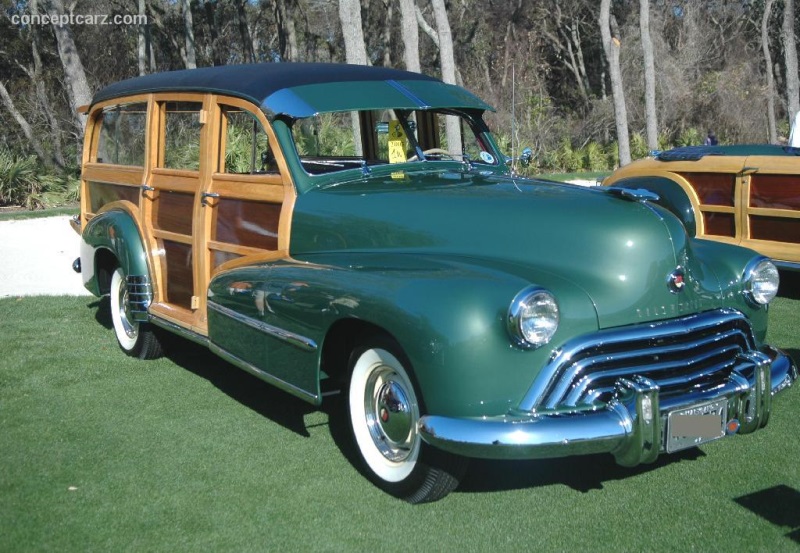