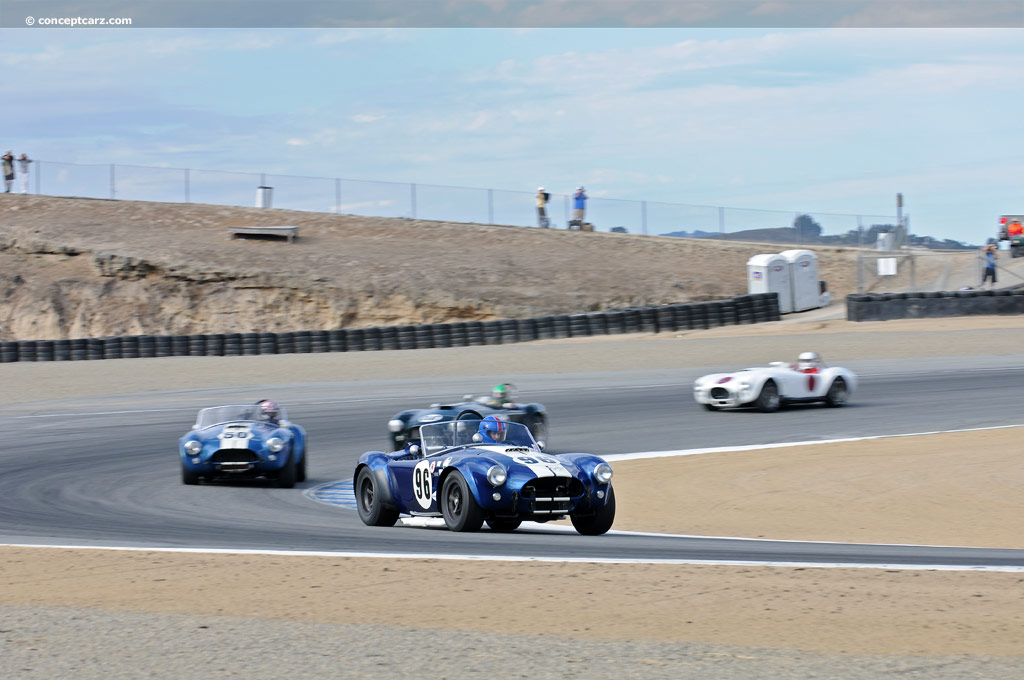 Reality television has caused many people to scour through their garages, attics and barns to find rare gems of history. Unfortunately, the majority of these searches produce nothing more than heirlooms priceless to the families themselves and rarely....[continue reading]

The small-block Cobra was built from 1962 through 1965 and achieved an enviable race record and proved instrumental to Ford Motor Company's dominance of international competition during the mid-1960s. This example was shipped from AC Cars Ltd. on Sep....[continue reading]

Carroll Shelby's Shelby American Company built several Shelby Cobras to race in the U.S. Road Racing Championship series (USRRC) in 1964 and 1965. This was the Sports Car Club of America's (SCCA) first professional series and the timing was just rig....[continue reading]

Carroll Shelby's accomplishments as a race driver include breaking land speed records at Bonneville in 1954 for Austin Healey and winning the 24-Hours of LeMans in 1959. As a team manager, Carroll was a part of the FIA World Grand Touring Championsh....[continue reading]

This is one of the legendary 289 Cobra's. It is characterized by simple design, lightweight and scarily fast. Many Cobra buffs consider the 289 option more desirable than the 427 because it was more lightweight and more nimble in handling.....[continue reading]

By pairing a car chassis from the small British manufacturer AC with a small block 289 cubic-inch Ford engine, Carroll Shelby created one of the most recognizable sports car in the world, the Shelby Cobra.....[continue reading]

The AC Cobra 289 with chassis number CSX2254 sports Weber carburetors, side exhaust pipes and Halibrand knock-off wheels. The odometer currently reads 5,800 miles, which is believed to be correct. The Cobra spent a portion of its life as an MGM movie....[continue reading]

This Cobra CSX 2201 was the 202nd 289 Cobra built. It was shipped in what many enthusiasts consider the most beautiful Cobra color combination - Princess Blue with red leather interior. The original price was $5,483. Early in the car's life, it was s....[continue reading]

The partnership between the British AC Company and Carroll Shelby in Los Angeles began in 1962 when a 221 cubic-inch Ford V8 engine and oversized transmission were squeezed into an AC Ace Roadster. In 1963 the engine was upgraded to a 289 cubic-inche....[continue reading]

The slalom Special or 'Slalom Snake' as it became known, was announced in a press release by Deke Houlgate on December 8th of 1964. As the Slalom Snake, it was promoted as a 'Cobra equipment for slalom, gymkhanas, autocrosses, time trials and other s....[continue reading]

CSX2387, with Bright Blue paint and red interior, was invoiced on July 17th of 1964 to RBM of Atlanta, Georgia for $5,853.25. After an 'interesting' ownership history when it was 'mistaken' for another car, it was sold to Dubuque, IA doctor Jack Fros....[continue reading]

For the 1964 and 1965 USRRC (United States Road Race of Champions) seasons, Carroll Shelby created six 289 race cars, which are reputed to have 440 to 450 bhp. To get that power to the ground, the once-svelte AC body was made much more aggressive - w....[continue reading]

CSX 2356 was shipped to Detroit, Michigan as a factory demonstrator in 1964 and registered by the Ford Motor Company. Eight months later, and showing 3000 miles, it was virtually 'remanufactured' by Shelby American, including mostly new body panels. ....[continue reading]

CSX 2540 was loaned out by Shelby American in 1965 for use in the Honey West TV Detective Series starring Anne Francis.....[continue reading]

COX #2610 is a 1965-model 289 FIA competition roadster, built by A.C. Cars, Ltd., at the company's Surrey, England, plant. Originally built as a 'COX' left-hand drive car for export to Europe, the car was re-bodied by the factory to FIA competition ....[continue reading] 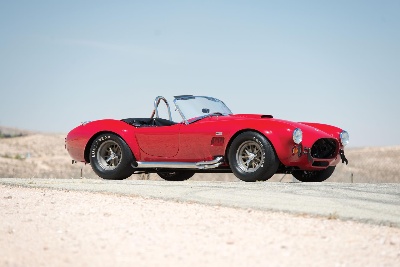 Scottsdale, Arizona – With his AC Ace-derived, Ford-powered Cobra, Carroll Shelby and his racing team spearheaded Fords Total Performance campaign of the 1960s on the world stage and ended Ferraris...
© 1998-2020. All rights reserved. The material may not be published, broadcast, rewritten, or redistributed.