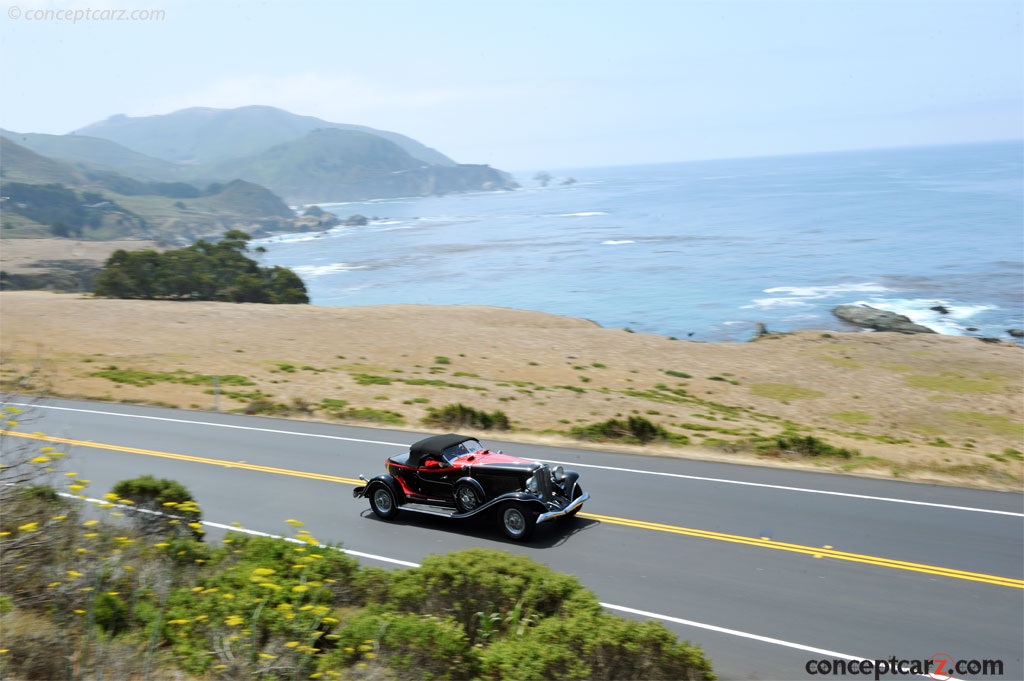 The Auburn 12-160A Speedster body was the most exclusive of the offering. With its low price tag, the vehicles were a bargain. Tough times and consumer fears were its ultimate demise and its potential was never realized.
by Daniel Vaughan | Aug 2011
Vehicle Profiles

In 1932, Auburn joined the ranks of Franklin, Cadillac, Packard, Pierce Arrow, Lincoln and Marmon in offering a large multicylinder prestige automobile. Of all these, Auburn offered the most car for the dollar with prices starting at a low $975. Th....[continue reading]

The twelve-cylinder Auburn of the mid-1930s was an impressive machine, both in aesthetics and performance. It was driven 500 miles at over 113 mph without a stop. This means it was faster the purpose-built Indianapolis 500 race cars that competed i....[continue reading]

In 1925, Errett Lobban Cord, an American who rose from used car dealer to industrial giant and at times possessed automobile, airplane and motor companies, took over the majority of shares of a previously unsuccessful automobile company by the name o....[continue reading]

The Auburn V12 engine was a completely new one by Lycoming, one of the firms in Cord's group. Also new was a two-speed rear axle made by another Cord firm. An Auburn V12 set many speed records in 1932, some of which survived until after World War II.....[continue reading]

In the depths of the Great Depression, Auburn introduced its new 'Salon' models in eight and twelve cylinders. It was introduced in 1932, and it cost under $1,000 - less than an eight-cylinder Chrysler automobile at the time. It was Auburn's top-of-t....[continue reading]

In the 1920's, E.L. Cord was very involved in the automobile industry. So much so, that he really wanted to own or direct a manufacturing company. He got his chance in 1924 when the Auburn Automobile company offered him a top level management positio....[continue reading]

Auburn began building motorcars in 1903, but for a period of 20 years the company was not hugely successful. In 1926, E.L. Cord became Auburn's general manager and the company began to grow. It was one of the few companies to have increased sales dur....[continue reading]

Built in Auburn, Indiana starting at the turn of the century, the Auburn automobile's glory years were those when Errett Loban Cord was in charge from the mid-1920s to the end of production in 1937. Cord had a simple formula: give buyers high style a....[continue reading]

1933 Convertible Sedan
Coachbuilder: Limousine Body Mfg. Co.
© 1998-2020. All rights reserved. The material may not be published, broadcast, rewritten, or redistributed.