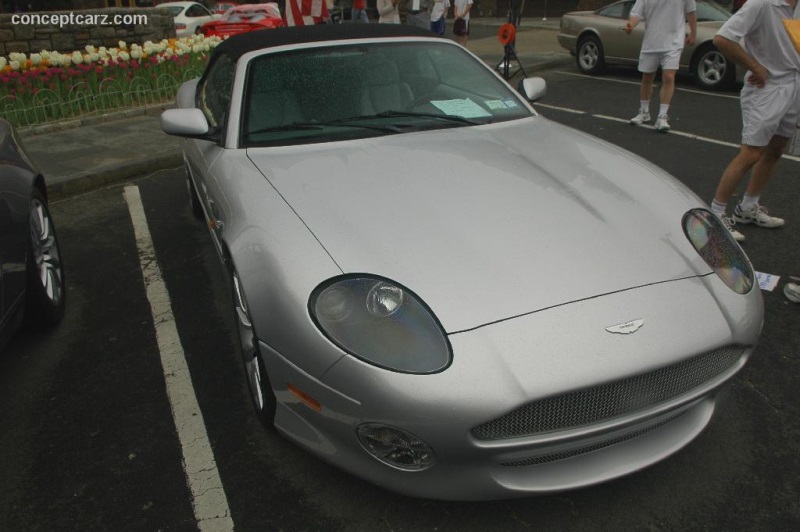 It was Victor Gauntlett who first suggested that a new, smaller Aston Martin should be built alongside the big V8 Astons, a car that would, in terms, be a volume seller. 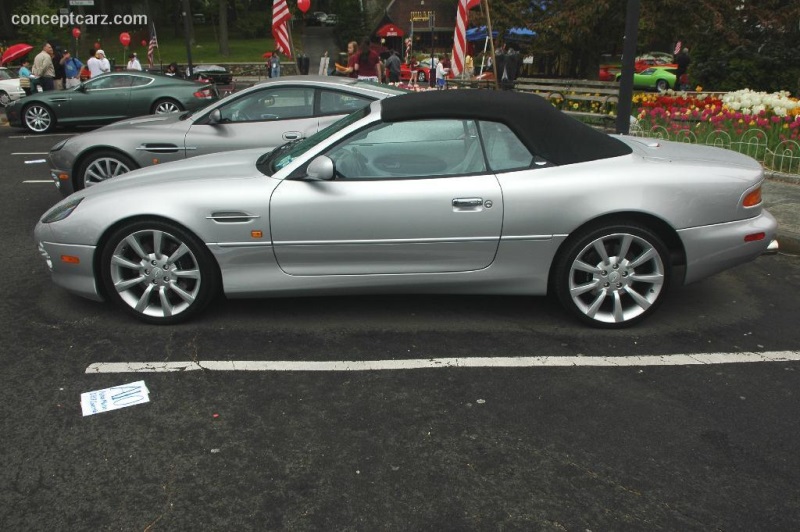 The advent of the Ford Motor Company and the appointment of the late Walter Hayes as Chief Executive of Aston Martin not only provided new funding, but a renewed vigour in the person of Rod Mansfield who, as Engineering Director in 1990, was charged with the development of the 'smaller' Aston Martin, code names DP1999.

The new design, code named NPX, was subjected to far more development and testing than the majority of models to date, with the use of some 30 prototypes which were exposed to extreme conditions and temperatures across the World.

The engine proved to be a light alloy, twin camshaft, supercharged straight six of 3,228cc based on a design that had originated at Jaguar. The cylinder head used 4 valves per cylinder with Zytec electronic multi-point fuel injection while the air needed to combust the fuel was delivered by a water cooled Eaton, 'roots' type, supercharger which was driven by a toothed belt from the camshaft.

Although it didn't appear for almost 3 years after the DB7's unveiling, Aston Martin had every intention of creating a soft-top version. In 1996, the Volante made its debut at the Los Angeles and Detroit motor show.

In 1999, the DB7 received significant engineering enhancements with the introduction of the DB7 Vantage – the first Aston Martin to use a V12 engine.

Aston Martin DB7 Vantage
Launched on the 1999 London Motorshow, the DB7 Vantage replaced the six cylinder DB7. The DB7 Vantage, available in both Coupe and Volante body styles, was the first ever Aston Martin to be powered by a 12 cylinder engine.

Incorporating the latest in Formula I technology, it has been designed and developed in close cooperation with the Ford Research and Vehicle Technology Group and Cosworth Technology as part of a long-term and continuing programme to research and develop new designs, materials and manufacturing techniques for implementation by Aston Martin. Features include an engine oil/water heat exchanger to improve cooling efficiency and an ionised gas misfire detection system.

Aston Martin DB7 GT
The International Birmingham Motor Show witnessed the launch of the most powerful Aston Martin DB7 model ever made – the DB7 GT. Created in less than one year, this addition to the existing Aston Martin line-up has been developed in conjunction with customers who wanted a car that had a little more performance, increased driver involvement and excellent road handling.

Based on the current DB7 Vantage Coupe, the DB7 GT has a number of dynamic elements which have been finely engineered to offer a new dimension to the Aston Martin DB7 driving experience. It is available in both manual (GT) and automatic (GTA) form.

Recognised as one of the world's most beautiful cars, the DB7 GT has received subtle but effective changes to complement the elegant, yet classic body design that since 1993 has epitomised the pedigree, heritage and tradition of Aston Martin. Special attention has been paid to the aerodynamic balance for high speed stability with the adoption of additional sweeps for the undertray, wheel arch liner extensions and a revised bootlid which emphasises the new look. These additions have helped to reduce lift by almost 50%. Únder bonnet air-flow management is assisted by the addition of two distinctive bonnet vents, which also help dissipate heat. There is also a distinctive wire mesh radiator grille and lower air intake - which have become the hallmarks of a modern Aston Martin – subtle indicators to onlookers to differentiate the car as either a DB7 GT or GTA derivative.