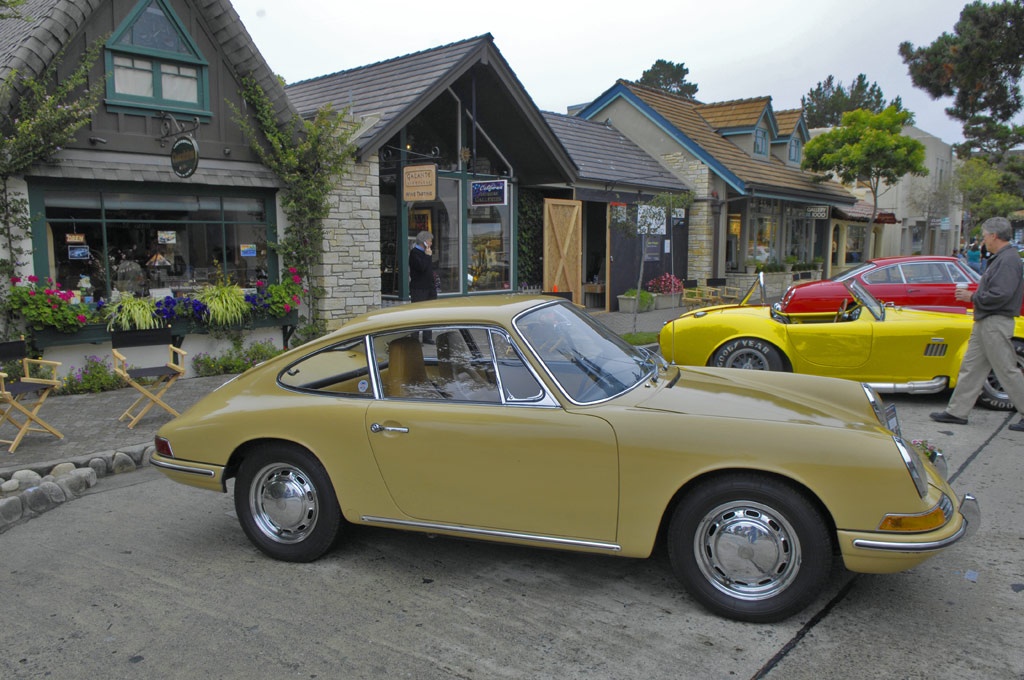 The Porsche 912 was similar in design to the 911 and eased the transition from the 356 to the 911. In comparison with the 911, the 912 had fewer amenities, less power, and weighed about 250 pounds less. It was introduced in 1965 as a replacement for the 356 SC as the entry-level car in Porsche's lineup. A 4-speed manual gearbox (or optional five-speed) was matted to a detuned 356-based 4-cylinder engine that produced 90 horsepower at 5,800 rpm (40 horsepower less than the 911). The 912 appeared identical to the new 911, except was powered by a four-cylinder engine rather than the six found in the 911. The engine was mounted in the rear and powered the rear transaxle. Disc brakes and independent suspension with torsion bars gave the car excellent and impressive handling. The Recaro seats kept the driver planted and the rack-and-pinion steering was very responsive. For an additional cost, the owner could have air-conditioning, rear window wiper, halogen fog lights, electric sunroof, and/or three-point seatbelts.

The 912 was offered to the public in 1965 and stayed in production until 1969 when the mid-engined 914 was introduced. Due to its low cost, it easily outsold the more powerful 911's during the first few years. In
1967, the 912 was awarded Car and Driver's 'Readers Choice' for its class. During that same year a 912, driven by Sobieslaw Zasada of Poland, won the European Rally Championship.

At the end of the 914 productions in late 1975, a version of the 912, dubbed the 912E, was introduced. Internally, the vehicle was labeled the Type 923. The 'E' stood for 'Einspritzung', in German meaning 'fuel injection'. It was powered by a 2-liter, 914-derived fuel-injected engine and had had Bosch L-Jetronic fuel injection and an air pump. It used the 911 body, but has smaller wheels and tires and non-vented brake rotors. The fuel-efficient engine, rising fuel costs, and lower speed limits made the 912E a safe-buy. After 2099 examples were produced, the 924 entered the scene. The 912E was the last air-cooled four-cylinder vehicle produced by Porsche.

During its production run that includes the 912 and 912E, nearly 35,000 examples were produced. It had achieved victory in the racing world, served as European police cars, and was featured in the movie 'Spy Games' starring Robert Redford and Brad Pitt.
by Daniel Vaughan | Aug 2005

In 1963 Porsche executives decided to introduce a new four-cylinder entry-level model with 356 engine power for the European market. Initially the new car was known at Zuffenhausen as a number with a zero in the middle, 902, like its predecessor 911 (original internal factory designation 901). This 902 designation was never used publicly and after 1968 the 912 project number was used to indicate....
Continue Reading >>

This Porsche 912 is finished in Gulf Blue, has a five-speed transmission, dual Durant mirrors, Blaupunkt radio, and a five-gauge dash layout. The second owner acquired it in 1972 and spent the following 38 years in Southern California. In 1990, it wa....[continue reading]

This 1966 Porsche 912 has a black leatherette interior and a light ivory exterior. This is an early, short-wheelbase version that came with chrome-plated steel wheels, a five-speed manual gearbox, a five-gauge dashboard, and seat belts. The original ....[continue reading] 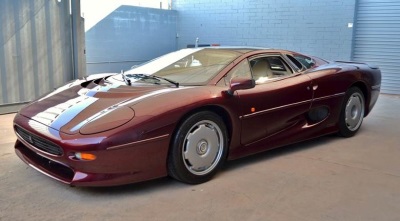 Hexagon is proud to offer for sale one of the lowest mileage Porsche 911 Carrera 3.2 Coupes in the world Incredible 1985 Garnet Red example has been perfectly preserved since birth and has just 4,42...
© 1998-2020. All rights reserved. The material may not be published, broadcast, rewritten, or redistributed.