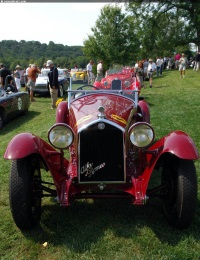 Ferrari 500 TRC
The Mille Miglia was first run in 1927 and quickly became a highlight for entrants, spectators, and enthusiasts. The first race featured around seventy-five starters, all of which were Italian. The race occurred twenty-four times from 1927 to 1957; thirteen were run before the war and eleven from 1947 onward. The cars were separated by one minute intervals with the professional, large displacement cars running first. In 1938 an accident occurred killing 23 spectators. It was not until 1947 before the race was resumed. The number of entrants swelled to nearly 250, with around 160 starting the race.

The race came to an end in 1957 as a car went into the crowd, killing his co-driver and several spectators. Another sad end to a legendary race.