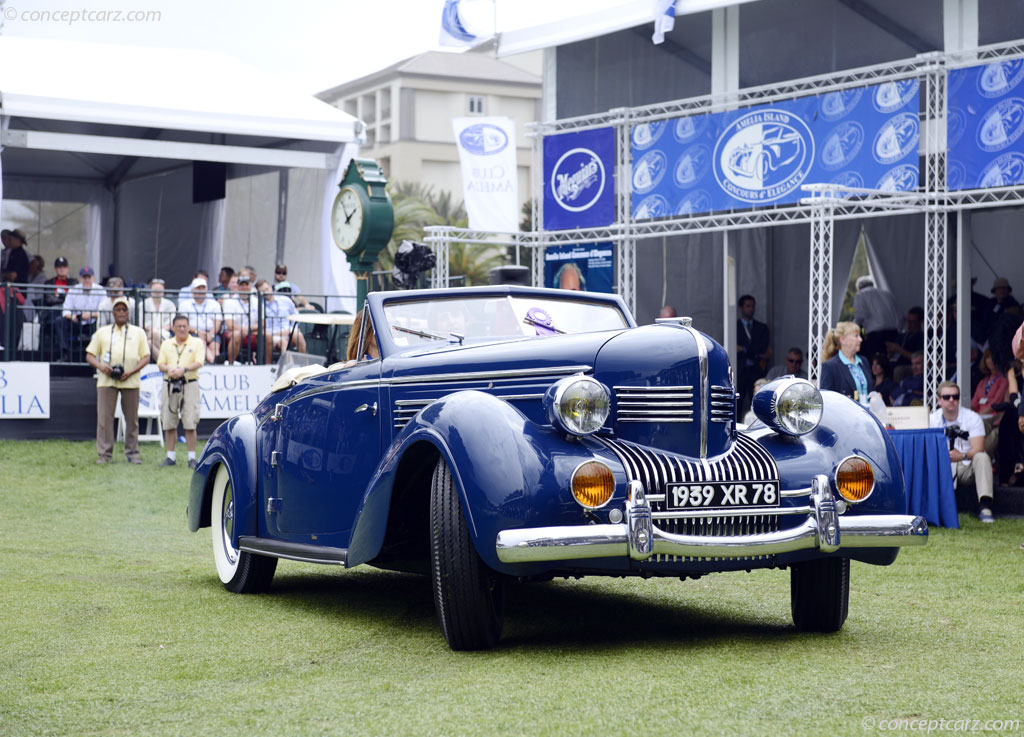 Chrysler introduced the Imperial in 1926 and was the company's top-of-the-line vehicle during much of its existence. Chrysler would use the Imperial name until 1954, and again from 1990 to 1993. The fourth generation was introduced in 1937 and remained in production until 1939. All Chrysler models were restyled for 1939, including concealed luggage compartments, narrower running boards, unique grille treatment, and the headlights were relocated into the fenders. A new Solar Spark ignition was installed on all models, as were larger tires, and hydraulic brakes. Imperials were given column-mounted gearshifts for the first time, and the seats were adjustable.

The C-23 Imperials rested on a 125 inch wheelbase and included the Imperial, New Yorker, and Saratoga trim levels. The design was similar to the rest of the lineup but with slight changes to the grille. The New Yorker and Saratoga had fewer horizontal and vertical grille bars, while the Imperials had a similar grille setup to the Royals with five horizontal bars but with 23 bars in the lower grilles. New Yorkers had two-tone upholstery and finer appointments. Saratoga models combined sport and luxury with Bedford cord and leather upholstery selections.

The C-24 Series Imperials rested on a long 144-inch wheelbase platform. Bodystyles included a 5- and 7-passenger sedan, a limousine sedan, and a selection of Derham bodies. They had larger tires, new 'Cruise and Climb' overdrive transmission, richer interior appointments, and full wheel discs. They had the same engine as the C-23, with the same compression ratio, but more power because of the aluminum 'Silver Dome' cylinder head.

Total production exceeded three-hundred examples on the C-24 Custom Imperial. 117 examples were the Limousine Sedan, 95 were the seven passenger sedan, and 88 were the 5-passenger sedan.
by Daniel Vaughan | Jul 2019

For 1939, the Customer Imperial Series C-24 was given the same basic trim features as the C-23 Imperials. Where the C-23 had a 125-inch wheelbase, the C-24 rested comfortably on a longer 144 inch platform. Power was from a L-head eight-cylinder engin....[continue reading]

Based on a 125-inch wheelbase Imperial chassis fitted with the 130 horsepower, 323.5 cubic-inch, L-head straight eight, the Pourtout-bodied Chrysler maintained its grille and dashboard, and little else. Pourtout removed the headlamps from the front f....[continue reading]