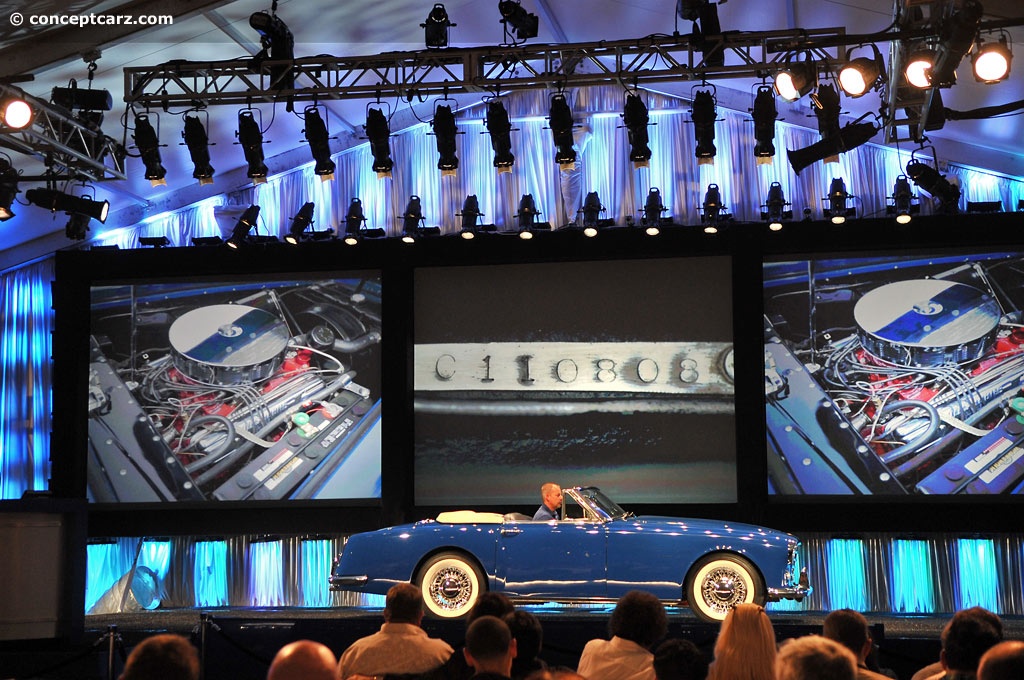 Sold for $110,000 at 2010 Gooding and Company : The Amelia Island Auction.
Sterling Edwards was a race car driver mostly on the West Coast in the early-to-mid 1950s. Like many others, he constructed his own cars; one of the earlier examples was a sports racer utilized a four-wheel independent suspension setup powered by a Ford V8 powerplant. His second car was built atop a Henry J chassis and fitted with a Chrysler 'Hemi' engine. As competition from other marques continued to mount, Edwards decided to focus on road cars. His car was heavily influenced by a Cisitalia sports car which he had seen at the 1948 Winter Olympics in St. Moritz, Switzerland. Edwards hired Norman Timbs to design and engineer his car, along with legendary race car builders Lujie Lesovsky, Phil Remington and Emil Diedt to construct the initial prototype. The car was built upon a strengthened Henry J chassis and fitted with America's most powerful powerplants. The body was constructed from fiberglass with an Italian flare featuring an eggcrate grille, clean lines and upswept fenders. Kelsey-Hayes wire wheels could be found at all four corners and the inside was well trimmed in leather.
The car was completed in late 1953 and officially titled the following year, in 1954.
The prototype car was raced in many California road races, and one received Best of Show at the inaugural Pebble Beach Concours d'Elegance.This early success inspired him to build a limited run of 'production cars.' Edwards estimated that each car could sell for around $6,800, a rather steep figure in that era. By the time the cars became available, the price tag had risen to $8,000, plus the cost of construction. In total, only five Americas were completed and only two were convertibles.In 2010, this Edwards America was offered for sale at the Gooding & Company Auction held in Amelia Island, Florida. The car was expected to sell for $140,000 - $180,000. As bidding came to a close, the car had been sold for the sum of $110,000, inclusive of buyer's premium.
By Daniel Vaughan | Apr 2010
Edwards: 1951-1960
Similar Automakers
Edwards Models

Raw power gets a stamp of its own today as seven-time NASCAR National Champion Richard Petty helps dedicate the America on the Move Muscle Cars Forever stamps. Petty, his son Kyle and Postmaster General Patrick Donahoe will dedicate the limited-edition...
© 1998-2021. All rights reserved. The material may not be published, broadcast, rewritten, or redistributed.