The 2011 Dodge Caliber is built with the customer's personal style in mind with the choice of five models packaged to fit a variety of lifestyles: Express, Mainstreet, Úptown, Heat and Rush.

Customers who like to drive and want a sensible, sporty ride will find that the 2011 Dodge Caliber Express model has everything they want. It offers consumers value, efficiency and safety coupled with many standard, innovative and useful features, proving that practical doesn't have to be boring. It's powered by the fuel-efficient 2.0-liter dual overhead cam (DOHC) I-4 World Gas Engine with dual variable-valve timing (VVT) that produces 158 horsepower (118 kW) and 141 lb.-ft. (191 N•m) of torque and is mated to a five-speed manual transmission. (posted on conceptcarz.com) This engine gets an estimated 32 mpg on the highway.

The 2011 Dodge Caliber Mainstreet is a versatile, all-around performer with something for everyone. It is nicely equipped with features a consumer needs, but nothing they don't. The Mainstreet is a comfortable, safe vehicle that gets the consumer where they need to go, is fun to drive and stands out from the competition. The Mainstreet model's standard features include 17-in. aluminum wheels, touring suspension, front fog lamps and a rear 60/40 reclining seat. The Dodge Caliber Mainstreet also is powered by the 2.0-liter DOHC I-4 World Gas Engine mated to the continuously variable transmission II (CVT2).

Compact-car buyers looking for upscale style and fuel efficiency need look no further. The 2011 Dodge Caliber Úptown provides a posh package of amenities in a fuel-efficient, useful vehicle that offers safety and security without sacrificing practicality. It is well equipped with premium features—nine Boston Acoustics speakers, including subwoofer, touring suspension, leather-wrapped steering wheel and leather-trimmed bucket seats. Consumers have a choice of powertrains: the 2.0-liter DOHC I-4 World Gas Engine or the 2.4-liter DOHC dual VVT World Gas Engine that produces 172 horsepower (128 kW) and 165 lb.-ft. (224 N•m) of torque mated to the CVT2.

Customers who want more performance with sporty style and attitude, both inside and out, can get their performance nicely packaged in the 2011 Dodge Caliber Heat. With a sport-tuned suspension, Auto Stick, 18-in. polished-aluminum wheels, four-wheel anti-lock disc brakes (ABS), performance steering, sport appearance group, a choice of either the 2.0-liter DOHC I-4 World Gas Engine or the 2.4-liter DOHC dual VVT World Gas Engine mated to either the CVT2 or the five-speed manual transmission, it's spirited transportation with maximum versatility. 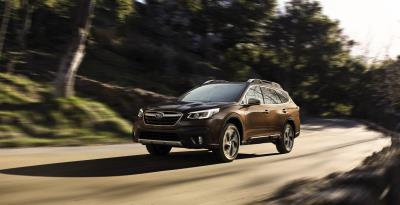 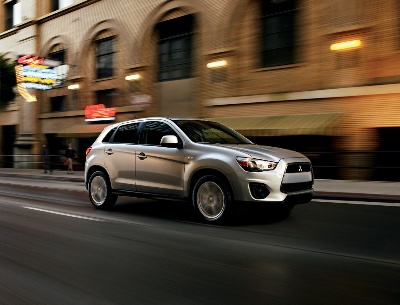 The American-made Mitsubishi Outlander Sport has long been a popular choice among savvy car shoppers – the compact crossover is the best-selling vehicle in the Japanese auto manufacturers varied model...