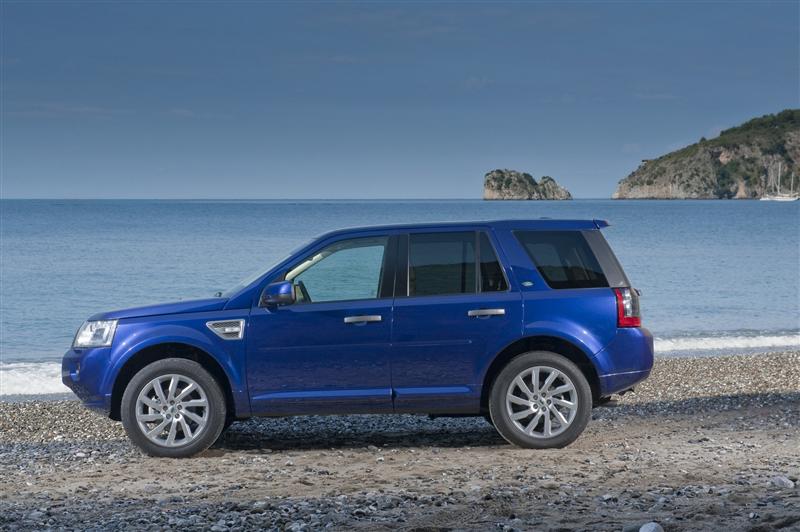 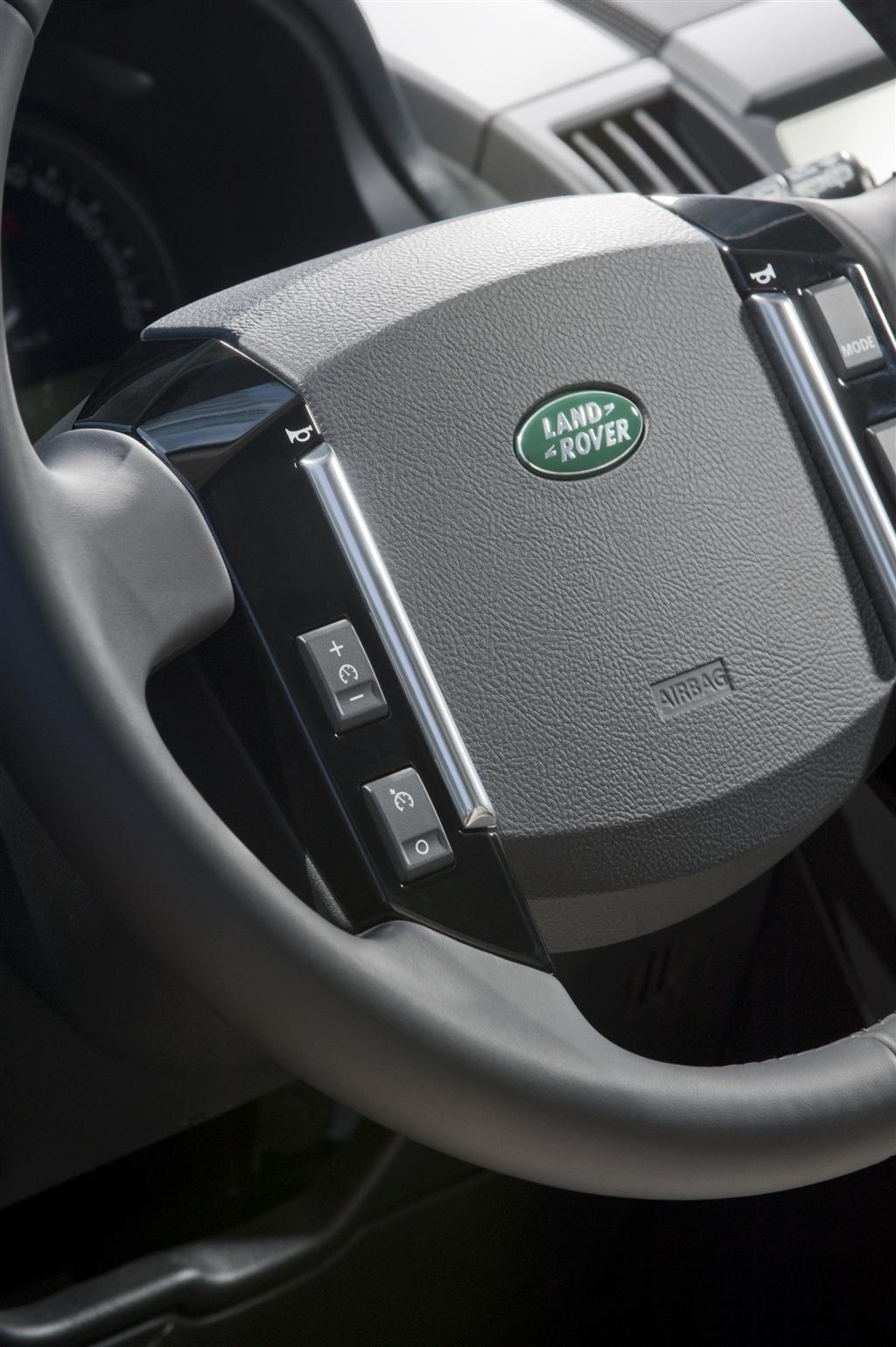 Úpgraded interior and exterior styling give a fresh new look for the 2011 Land Rover LR2. Exterior design changes include a new front bumper and two bar grille, giving the LR2 a front appearance in line with the hot-selling new Land Rover LR4. 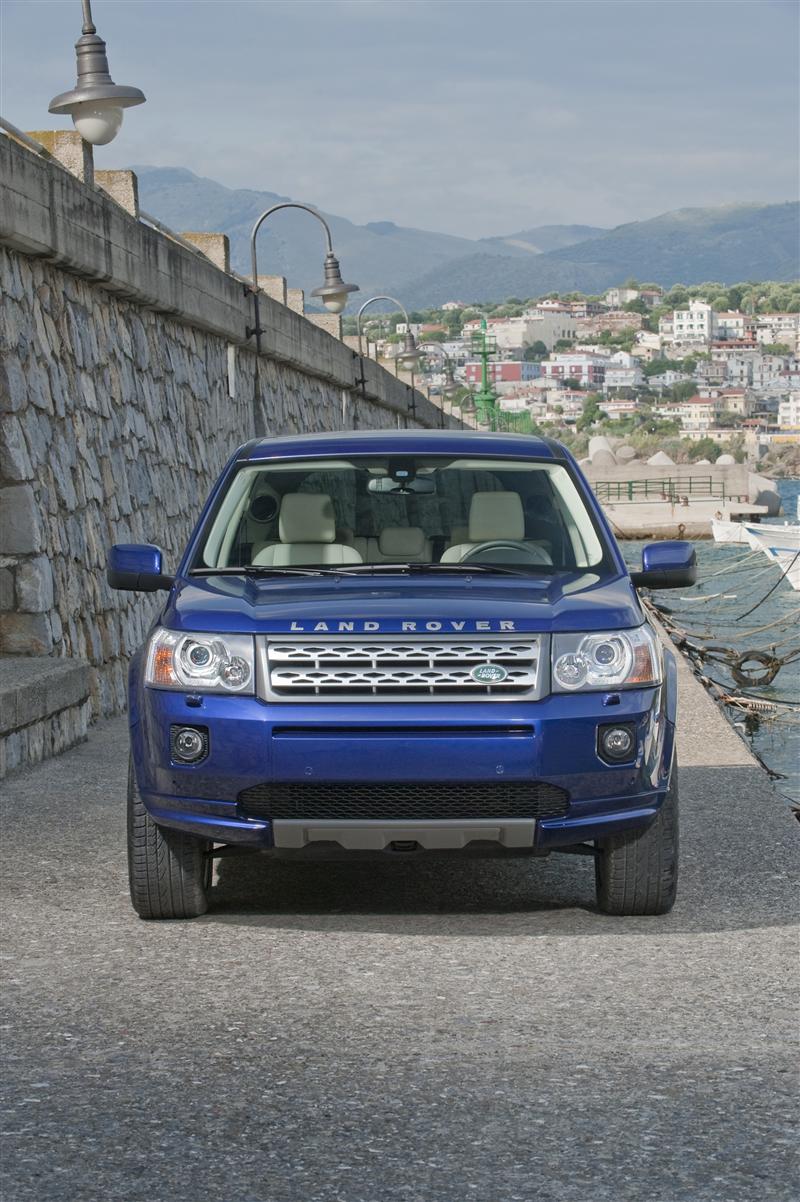 Three new colors, and new alloy wheels give the 2011 LR2 an overall more contemporary, sporty appearance. Inside, a new range of seat styles and a redesigned instrument cluster give the interior of the 2011 LR2 a fresh appearance. 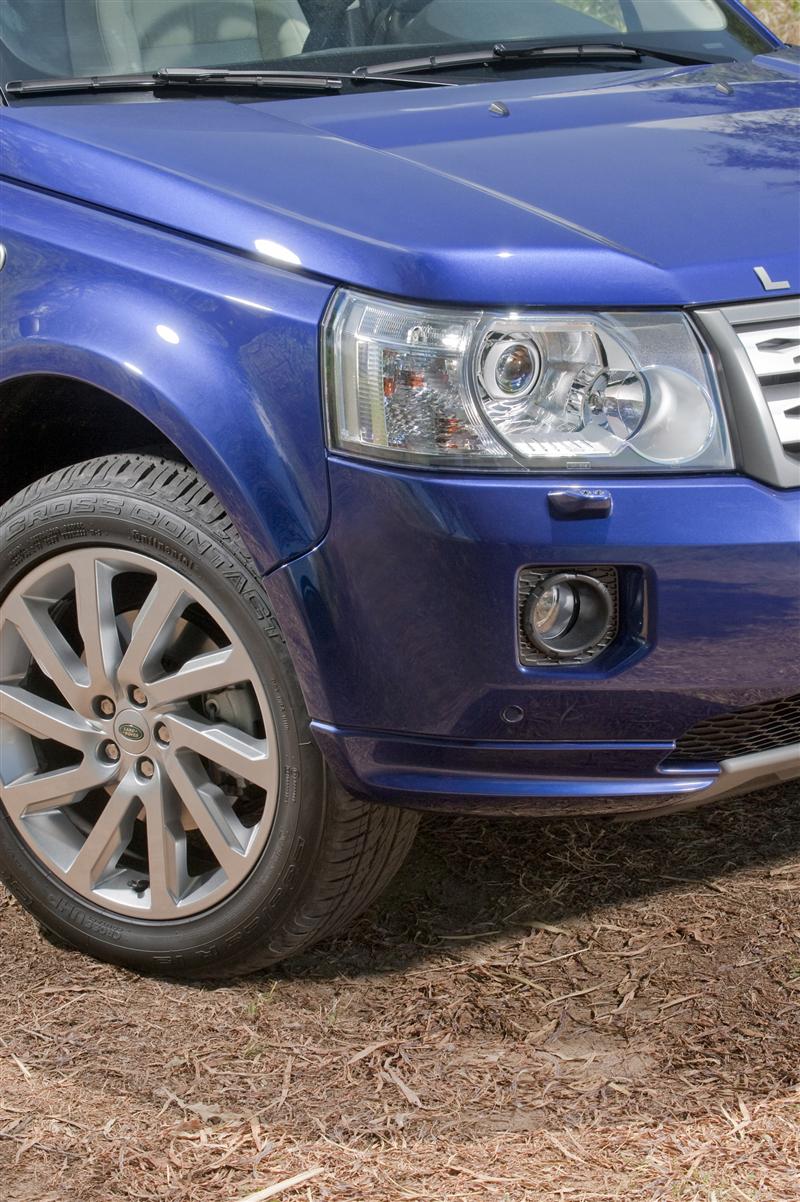 Land Rover aficionados will also note another small but significant change in the famous Land Rover logo, which changes color for 2011 from gold on green to a more contemporary bright silver on green. 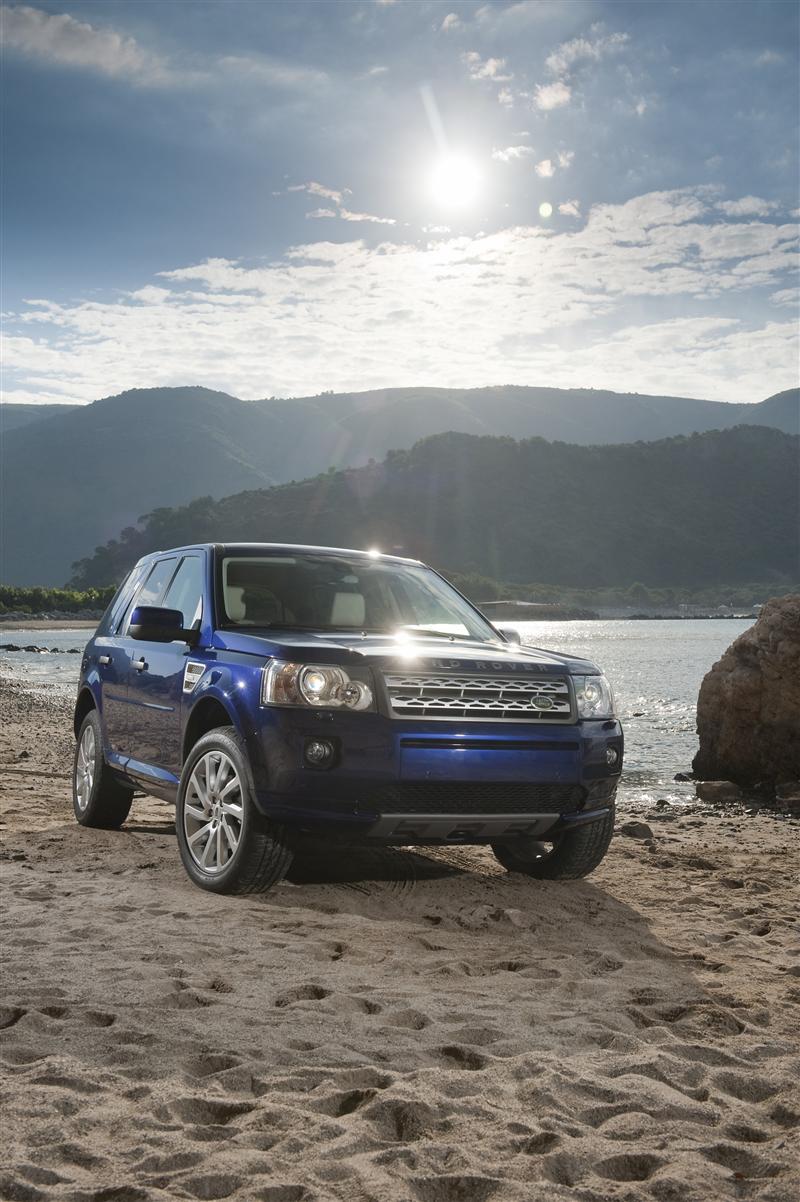 3.2-liter i6 engine remains cutting edge
The straight six is the best balanced of all engine configurations but its length usually makes it difficult to package transversely. The straight six accelerates the LR2 to 60mph in 8.4 seconds (0-100 km/h in 8.7 seconds) and on to a top speed of 124mph (200 km/h). However, the Rear End Ancillary Drive (READ) arrangement of the i6, with ancillaries like water pump, air conditioning compressor and alternator mounted at the rear rather than the front, reduce the length of the i6 to an incredible 23.64 inches (60 cm) making it an easy fit in the LR2's engine bay.

With an advanced, aluminum block, head and bedplate the i6 remains at the cutting edge of engine design. The i6 is equipped with twin overhead camshafts and four valves per cylinder with cam profile switching (CPS) and variable valve timing (VVT). The combination of the two mix high power with low end flexibility and maximum efficiency.

The i6 also has a variable length inlet tract which adapts to optimise both high end power and low end torque. These technologies combine to deliver 80 percent of maximum torque across the entire useable rev range and 189 lb.-ft. is available between 1400rpm and 6400rpm. The engine uses Intelligent Power System Management (IPSM) for ‘smart charging' of the battery.

The i6 engine was originally developed with Land Rover applications in mind and is designed to resist dust, mud and water intrusion as well as operation at acute tilt angles.

Vital Stats
Engine : 3.2 L., 6-cylinder
Power: 230 hp
Torque: 234 ft-lbs
6-speed Automatic
Design enhancements both inside and out
The exterior of the LR2 gets a new look for 2011 with a new front bumper assembly incorporating new front fog lamp bezels. There's a new front grille in Bright Finish. The Halogen projector headlamps are new, as are the rear tail lamps which now have a clear inner lens and a black lens surround for greater definition. The tailgate handle is now finished in body color and the full width signature strip is finished in Noble. Additional body colored parts include door handles, headlamp washer jets, door mirrors and lower side door panels and rear bumper are fully painted as standard. Door mirrors now have a 10 percent larger glass area and to really set off the fresh styling there are also new 18' (standard) and 19' (optional) alloy wheels. The choice of colors has changed for 2011 too, with the addition of Kosrae Green, Baltic Blue and Fuji White.

New colorways compliment the revised upholstery design with Ebony, Tan and Ivory and there are matching door casings in Ebony PVC with Ivory stitching and Ebony PVC with Tan contrast stitching. Three new fascia finishers come in either Element Silver, Dark Chestnut and Black Lacquer Finish. This Black Lacquer Finish (optional) is also carried over onto the steering wheel switchpack.

At the high end of the option range, the LÚX Package comes with Windsor Leather upholstery in Ebony, Almond, Ivory or Tan colorways. The Pack includes the luxurious 8/6 way electric seat plus premium carpet mats. All 2011 LR2s will benefit from a clear and contemporary new instrument pack too.

The LR2 provides the safest possible environment for occupants. The Command Driving Position provides good visibility of all four corners of the vehicle and narrow A-pillars ensure that forward visibility is not compromised. There are seven airbags: two curtain, two front, two thorax and a driver's knee bag as standard. The transverse engine mounting not only frees up interior space but offers impressive crash performance, helping the LR2 achieve a 5 star Euro NCAP rating for adult occupant protection.

The many functions of Terrain Response are underpinned by the high levels of body stiffness which provide the best foundation for excellent ride and handling characteristics as well as off-road performance. A structural undertray on the front sub-frame improves steering precision as well as protecting the underside of the vehicle and four point engine mounting aids engine stability and improves refinement.

As with all Land Rovers, the LR2 is rigorously tested worldwide in the ÚK, ÚSA, Middle East, Australia and Russia in temperatures ranging from -40°F to 122C° and up to 95 percent humidity. The LR2 is also tested at altitudes of up to 13,100 ft.

Since 1948 Land Rover has been manufacturing authentic 4x4s that represent true 'breadth of capability' across the model range. Defender, LR2 (Freelander 2), LR4 (Discovery 4), Range Rover Sport and Range Rover each define the world's 4x4 sectors, with 78% of this model range exported to over 140 countries. Land Rover employs 8,500 people and supports a further 40,000 jobs supported in the supply chain.

Land Rover takes its responsibility to the environment seriously. Emissions have been cut with all new models and, together with Jaguar, Land Rover is investing £800m on technology specifically aimed at reducing carbon dioxide emissions. Since September 2006, carbon dioxide generated by Land Rover manufacturing activities and ÚK customer vehicle use has been balanced through an industry leading offset program run by Climate Care.Source - Land Rover 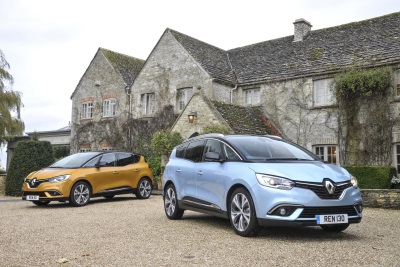