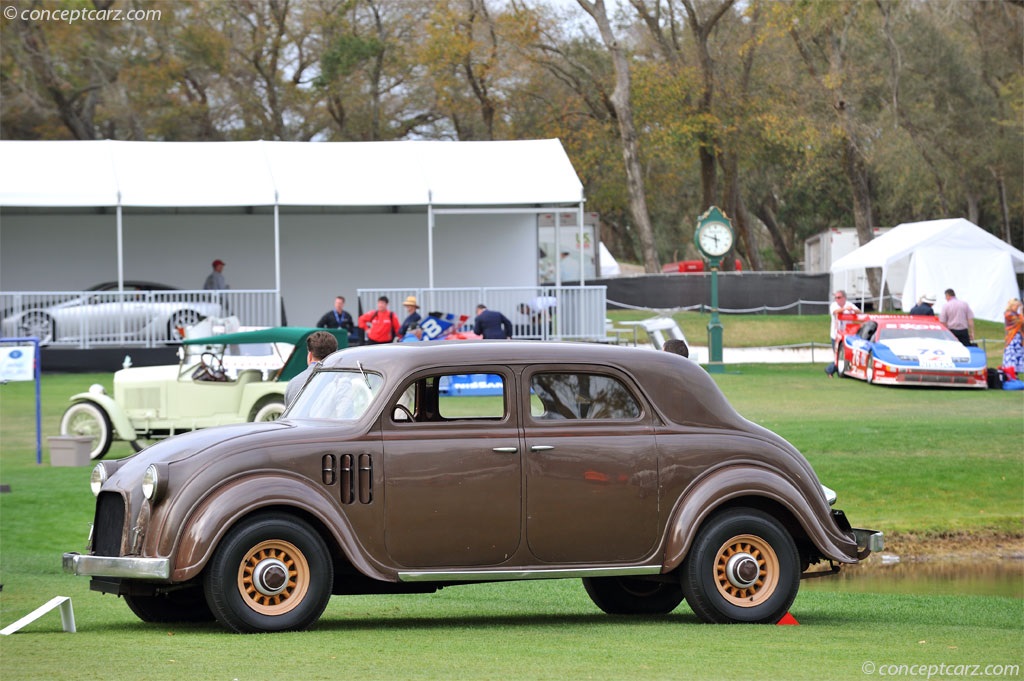 Chrysler's experimental Trifon design was a break from the traditional automobile architecture and is often considered the first 'modern' automobile. Work began in the late 1920s, when Chrysler Corporation engineer Carl Breer began wind-tunnel testing to explore the performance-improving potential of an aerodynamic shaped automobile body. In 1932, a concept appeared that was registered as a Trifon Special instead of a Chrysler. This was done to confuse competitors.The design concept was approved by Walter P. Chrysler who authorized development of production cars based on this design. In 1934, the Chrysler and DeSoto Airflows were introduced to a reluctant automotive community.The 1932 Trifon is one of the earliest surviving concept cars. The car is basically original, except for repair and painting of damaged fenders. It has a 115-inch wheelbase and is 189-inches long. Power is from an L-Head six-cylinder unit that displaces 242 cubic-inches and produces 100 horsepower. There is a three-speed transmission with vacuum clutch and free-wheeling.
Along with the aerodynamic body, the Trifon introduced several innovations including seats that were moved between axles to reduce the pitch, bounce and jar. The trunk, head and taillights are integrated into the body design and the engine is moved forward, over the front axle. The body panels are fastened to trusses bolted to the frame - the forerunner to unibody construction. There is a one-piece curved glass windshield and longer, lower-adjusted spring suspension.
By Daniel Vaughan | Nov 2010

The Airflow automobiles represented a new school of design. They were the brainchild of Carl Breer, Fred Zeder and Owen Skelton. They were the product of wind tunnel research and a sincere desire to make cars safer, more efficient and better riding. Some of the advanced features on the car are seating placed between the axles (which required moving the engine 20 inches forward,) unit body construction, a one-piece windshield, an automatic choke, an overdrive transmission and partially concealed running boards. The Trifon Special was the original prototype for the Chrysler Airflow. It stayed with the Company until late in the 1950s. It was then purchased by an employee, who retained it until 1997. It was then re-purchased by Chrysler. The car is original with the exception of the fenders which have been repainted.
Concepts by Chrysler 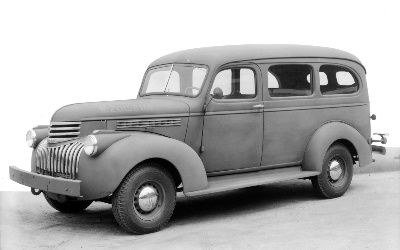 2015 marks 80 years of the original, sport utility vehicle DALLAS – In 1935, the Hoover *** was completed, Elvis Presley was born, and canned beer first graced backyard barbeques across America. It was also the year the Chevrolet Subu... 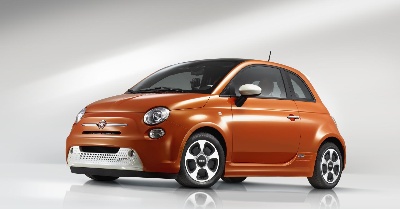 2014 Sierra gains fuel economy, quietness from time in wind tunnel DETROIT – The all-new 2014 Sierra full-size pickup truck spent more development time in a wind tunnel than any GMC pickup before it, resulting in design changes that ben...
© 1998-2021. All rights reserved. The material may not be published, broadcast, rewritten, or redistributed.