• The Vertrek concept is Ford's vision for a utility vehicle that will appeal to customers around the globe; it signals the direction Ford will take in developing a new global utility vehicle

• The concept features a stylish design, outstanding cargo space and a 1.6-liter EcoBoost™ engine equipped with Ford Auto Start-Stop technology that could deliver best-in-class fuel economy. These are key why-buys for customers around the globe

• Ford Vertrek concept is built on Ford's global C-segment platform, which will underpin more than 2 million vehicles globally by 2012

Ford Motor Company today unveiled its vision for a sleeker, sportier and more stylish compact sport utility vehicle (SÚV) at the 2011 North American International Auto Show. The Ford Vertrek concept previews the company's ambition for a next-generation, global compact SÚV that could lead the industry in both design and fuel efficiency.

The Ford Vertrek concept is based on Ford's global C-segment platform, which includes the all-new Ford Focus range launching early in 2011 in North America and Europe, plus the latest C-MAX and Grand C-MAX multi-activity vehicles. It represents the vision of the company's top design and engineering talent on how best to attract and satisfy future sport utility vehicle customers around the world.

'Vertrek concept is a no-compromise solution we feel utility vehicle customers will embrace around the world,' said Derrick Kuzak, Ford group vice president of Global Product Development. 'It is a revolution compared to what is typically seen in this segment in North America and is a stylish evolution compared with products outside North America. This new design is sleeker and more fuel efficient and delivers the capability, including people and cargo volume, customers demand globally.'

The Ford Vertrek concept combines the best of Ford's distinctive European kinetic design styling and driving quality with outstanding levels of cargo space, trailer-tow and off-road capability for North America, promising a vehicle that meets the needs of next-generation compact utility vehicle customers around the world.

The sleek appearance of the Ford Vertrek concept has been honed aerodynamically to help support the program target of class-leading fuel economy and low CO2 emissions and complement the high-tech powertrain solutions Ford envisions.

Vital Stats
Ford preliminary data show that a production vehicle based around the Vertrek concept would be at least 5 percent more aerodynamically efficient than current comparable Ford North American and European models, such as the Escape and Kuga.

Global solution for global needs
Ford's global C-segment platform allows for the efficient creation of vehicles that address consumer tastes around the world.

'Customer demands are converging globally toward a compact sport utility vehicle that is stylish and great fun to drive while at the same time providing the package, capability, engaging technology and fuel economy they expect,' said Jim Farley, group vice president, Global Marketing, Sales and Service. 'The Ford Vertrek concept will allow us to hear directly from these customers about trade-offs they are prepared to make as we look to deliver a future production model that brings to life all these attributes.'

At least 10 new models will be built on the new global C-segment platform, which replaces three platforms currently in production regionally. By 2012, the new platform will account for more than 2 million units of sales, providing Ford with unprecedented economies of scale and an opportunity to offer customers around the world an array of new technologies and product features usually reserved for premium vehicles.

The compact sport utility vehicle segment is one of the largest (consistently in the top five), most competitive and fastest growing segments – more than doubling in market share since 2000 – in the Ú.S. It also ranks among the top four most cross-shopped segments in the Ú.S. It is a segment that Ford helped pioneer with the popular Escape model.

Growth in Europe of crossover products, similar to the compact sport utility vehicle segment in the Ú.S., has been astounding – up more than 200 percent since 2000. The Ford Kuga has consistently ranked third in its segment, in which all major manufacturers compete, since its launch in 2008. Nearly 70 percent of Kuga customers opt for the high series.

Globally, the compact SÚV segment has shown growth since 2009, led by China and the Ú.S. The market in China is projected to increase 60 percent by 2011 compared with 2009.

'This segment is uniquely diversified across the globe,' said Farley. 'In the Ú.S. these are considered small cars, while in Europe and other markets they are considered midsize cars. No matter how you classify it, the segment is vitally important and only those manufacturers who demonstrate leadership in design, customer-focused technology, capability and fuel-efficient performance will succeed.'

Kinetic design taken to the next level
The sporty, sleek Ford Vertrek concept builds on Ford's global kinetic design philosophy. This distinctive and continually evolving design language is rooted in creating cars that appear to be in motion even when stationary, while at the same time communicating the engaging driving experience that Ford cars deliver.

The starting point is creating an athletic stance for the vehicle, almost like a runner in starting blocks poised and ready to burst forward. Other key elements include dynamic lines and taut surfacing, again conveying muscularity and athleticism.

EcoBoost is fundamental to Ford's strategy to provide technologically advanced, high-output, smaller-displacement powertrains that deliver uncompromised performance and fuel economy. Ford EcoBoost engines deliver fuel economy gains of up to 20 percent and reduction of CO2 emissions of up to 15 percent, compared with larger, less-efficient engines.

In addition to turbocharging with direct injection, Ford powertrain engineers have enhanced EcoBoost's technology capabilities by adding variable valve timing and precisely controlling all aspects of the engine. Ford has at least 125 patents on its EcoBoost technology.

Advanced diesel engines
Outside the Ú.S., Ford also offers customers a wide range of efficient and powerful Duratorq® TDCi engines, many of which could be applied to a future production model based on the Vertrek concept. Advanced diesel technology is especially vital in Europe – 96 percent of Kugas sold are diesel-powered.

The acclaimed 2.0-liter Ford Duratorq TDCi engine has recently been upgraded to deliver even higher efficiency with improved performance, fuel economy and refinement.

Paired with the engine will be a fuel-saving six-speed transmission. (posted on conceptcarz.com) By 2013, 100 percent of Ford vehicles in the Ú.S. will incorporate a six-speed transmission as part of the company's commitment to leadership in fuel-economy performance in all vehicle segments.

Automatic shutdown of engine saves fuel
Another key enabler of enhanced fuel efficiency is the Ford Auto Start-Stop system. This system automatically shuts down the engine when the vehicle is at idle – at a stoplight, for example – and quickly restarts the engine when the driver wants to move off.

An Auto Start-Stop system can reduce fuel consumption and CO2 emissions by up to 5 percent in mixed driving conditions. In city driving and in heavy traffic with frequent stops, the savings could increase to as much as 10 percent.

The advanced new Ford Auto Start-Stop system has been carefully designed with customer comfort in mind, providing consistent starting and stopping performance that is smooth, quiet and seamless, requiring no changes in driver behavior. When the engine shuts down, the electronic control unit immediately prepares the engine's systems for an instant restart. An integrated system of sensors is then used to detect when the driver performs an action that signals the intent to drive off, such as pressing the accelerator or clutch pedal.

As soon as the driver prepares to move away, the engine starts quietly and almost instantly; it takes the system only around 0.3 second to fire up the engine. The process is near imperceptible and happens before gear selection is completed. To support the increased number of engine starts, the starter motor is upgraded with a high-performance electric motor and a stronger pinion-engagement mechanism with reduced noise levels.

A Smart Regenerative Charging system increases the alternator output when the vehicle brakes or decelerates. This converts the kinetic energy of the vehicle into electric energy without using additional fuel. (concept carz)

The 'free' electric current is used to recharge the battery, so it can be used by the electrical systems at a later stage. This could be when the engine is switched off during a stop phase but also can be when the generator is operating in a less-efficient mode.

• Ford Vertrek concept is a sporty, sleek, fuel-efficient and versatile compact sport utility vehicle (SÚV), and shows the direction the company will take as it works to renew both the Ford Kuga and Ford Escape

• Vertrek concept hints at more versatility, ample luggage space and interior roominess, plus a level of craftsmanship and quality that customers around the world now demand

March 1, 2011 – Ford's new Vertrek concept makes its European debut at the 2011 Geneva Motor Show. It offers a dynamic and all-inclusive solution to what customers demand in a compact SÚV around the globe, particularly in North America, Europe and the world's largest car market, China.

Key trends among customers for this type of vehicle are common to Europe, North America, and Asia. They include engaging design, outstanding fuel economy and smart technologies wrapped in a right-sized package that supports an active lifestyle.

'In markets around the world, consumers are very clear about what they want in a compact SÚV – strong design, great driving quality, smart technology and the capability to help get them to places they love to be,' said Frank Davis, Vice President Product Development, Ford of Europe. 'And this holds true no matter where they live – in the Ú.S., Europe, China – these are global trends.'

Importantly, the Vertrek concept showcases the cargo-carrying capability that consumers expect, but adds a level of craftsmanship and quality often lost in compact SÚVs.

'This concept supports the idea of a ‘grab your gear and go' capability, but does it in a very sophisticated way,' added Davis. 'It blends capability and great design and craftsmanship.'

EcoBoost is fundamental to Ford's strategy to provide technologically advanced, high-output, smaller-displacement powertrains that deliver uncompromised performance and fuel economy. Ford EcoBoost engines deliver fuel economy gains of up to 20 per cent and reduction of CO2 emissions of up to 15 per cent, compared with larger, less efficient powertrains.

In addition to turbocharging with direct injection, Ford engineers have enhanced EcoBoost's technology capabilities by adding variable valve timing and precisely controlling all aspects of the engine. Ford has at least 125 patents on its EcoBoost technology.

The Vertrek concept could also easily use one of Ford's wide range of efficient and powerful diesel engines. For example, the acclaimed 2.0-litre Ford Duratorq TDCi (turbo diesel common-rail direct-injection) engine has recently been upgraded to deliver even higher efficiency with improved performance, fuel economy and refinement.

Improved highway fuel economy especially important
Ford's global data show that compact SÚV customers increasingly use their vehicles for weekend getaways, making improved highway fuel economy a must. This highlights the importance of the aerodynamic design of the Vertrek concept, and led to the inclusion of an accessible, small-displacement internal combustion engine in the vehicle rather than a hybrid or electric powerplant that might be more attuned to city dwellers.

'Increased fuel economy, especially outstanding highway fuel economy, is what these customers want because they are active on the weekend, taking trips and seeking new experiences,' said Frank Davis. 'They want their vehicle to look good, drive well and use less fuel. (concept carz)'Source - Ford 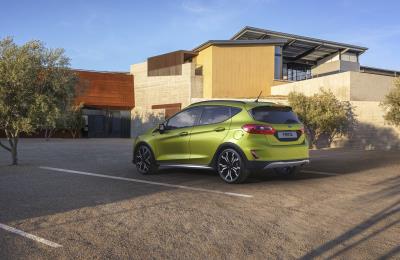 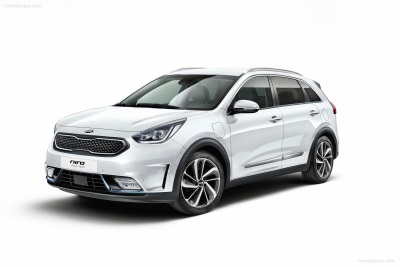