Sold for $90,750 at 2011 The Scottsdale Auction - Gooding & Company.
Based in Racine, Wisconsin, the J.I. Case Threshing Machine Company produced automobiles from 1911 to 1927. In 1911, this ambitious company entered three cars in the inaugural Indianapolis 500. Case never produced high quantities of vehicles. Their highest production year was in 1915, when they produced 2,630 vehicles. Their final year of production saw a mere 187 units produced. Their primary business was agricultural machinery, so when they were forced to cease automobile production, they had a back-up business to consume their time and talents.This vehicle is a Model 40 five-passenger touring car powered by a 334 cubic-inch four-cylinder T-head engine fitted with a Rayfield carburetor. There is a three-speed manual transmission with reverse, mechanical rear brakes, and a Timken full-floating rear axle. Since new, the car has been given a ground-up, nut-and-bolt restoration that concluded in February of 2008.
In 2011, this vehicle was offered for sale at the Gooding & Company auction in Scottsdale, Az. where it was estimated to sell for $125,000 - $175,000 and offered without reserve. As bidding came to a close, the car had been sold for the sum of $90,750 including buyer's premium.
By Daniel Vaughan | Feb 2011 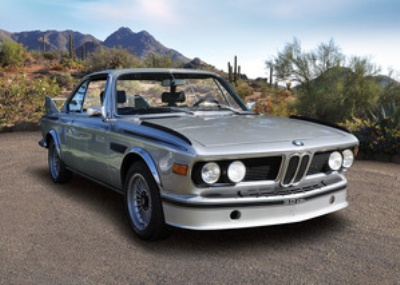 BMW designed the 3.0 CSL as a special build to make the car racing eligible in the ETCC. With an overall weight of 1,092kg the L in the designation meant leicht (light), unlike in other BMW designations, where it meant lang (long). The lightness... 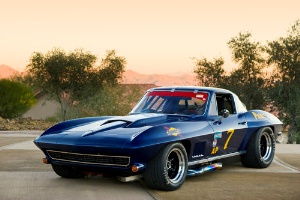 With enough intensity and excitement to turn non-collectors into enthusiasts, the atmosphere at Russo and Steeles Scottsdale 2012 auction block was downright palpable. An overflowing auction block, one-of-a-kind marvels and a record number of car-loving... 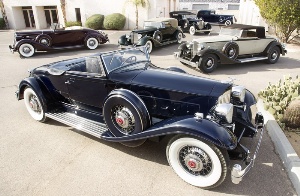 Gooding %26 Company, the worlds leading auction house for collectors of rare and exceptional cars, announces that it will be presenting an exciting collection of Packard Twelves at its 2012 Scottsdale Auctions on January 20 %26 21 six extraordinary automobiles...
© 1998-2022. All rights reserved. The material may not be published, broadcast, rewritten, or redistributed.