The Benetton B197 was a development of the B196. The Renault-powered car was very competitive in nearly every race it competed, though it scored only one win - at Hockenheim. The drivers of the B196 had stated it was difficult to extract maximum performance from the car, and complaints about the B197 was that it was difficult to bring the tires up to temperature on low-grip circuits. The Benetton B197 was used during the 1997 Formula One racing season. It was driven by Jean Alesi and Gerhard Berger, who were both in their second season with the team. While Berger was sidelined for three races due to sinus problems, Alexander Wurz took over his driving duties. Berger and Alesi was able to secure on pole position each during the course of the season. Berger was responsible for the cars sole victory.
The following season, Benetton switched things up by recruiting new drivers. Berger retired and Alesi moved to Sauber.
By Daniel Vaughan | Apr 2011

By the conclusion of the Monaco Grand Prix on the 27th of May, 1990, it was more than obvious Jean Alesi had arrived in Formula One. The reality was he had proven the point even before the end of the race. Overcast conditions dominated the principality... 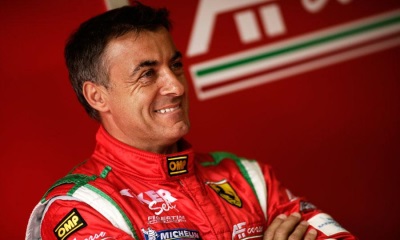 In the previous race, Williams-Renault had come up about a mile short. And, after having served the team well from 1987 onwards, Patrese had come up short in his bid to be Williams number one driver. However, in a city that, at least at that point in...
1997 Formula One Season1997 Season Review