Wendell Fletcher was an American inventor, industrialist and aviation pioneer. He admired the Porsche firm for their innovation and, over the course of time, established a close relationship with Ferry Porsche.Fletcher Aviation was founded in 1941 in Pasadena, California by the Fletcher brothers - Wendell, Frank and Maurice. The purpose of this newly formed company was to build a basic trainer aircraft for the United States Army.The Flair was an amphibious Jeep project that Fletcher's firm, Fletcher Aviation Company, was developing in hopes of receiving a U.S. government contract for mass production. Fletcher formed a collaboration with Porsche to develop the special engine with 'jet cooling.'
The Fletcher Flair made its debut over Labor Day weekend in 1953 at the National Aircraft show in Dayton, Ohio. After being put through Army testing, it was found to be watertight, have stability in the water, and could travel 2.2 mph in the water. On land, the top speed was in the neighborhood of 68 mph. Despite its many innovative features, extremely light weight and high payload capacity, the government contract was awarded to another firm. As a result, this was the only Fletcher-Porsche Flair ever made.
Concepts by Fletcher 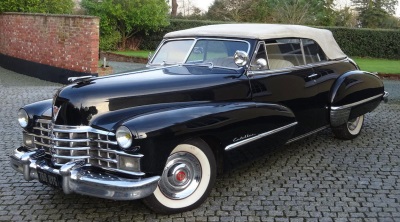 POP LEGENDS CADILLAC TO BE OFFERED AT BONHAMS GRAND PALAIS SALE 1947 Cadillac Series 62 Convertible (40,000-60,000) One of only two of its kind known in France at the time, this Cadillac was owned by French pop royalty, Claude Francois.... 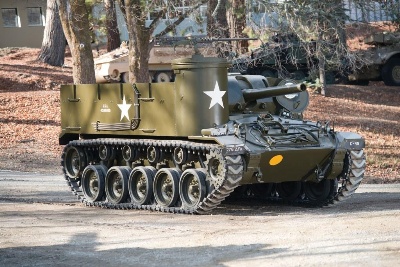 Auctions America offers the historic Littlefield Collection, July 11 – 12 in Portola Valley, California The offering represents one of the worlds largest and most historically significant private collections of military vehicles Unprecedented...