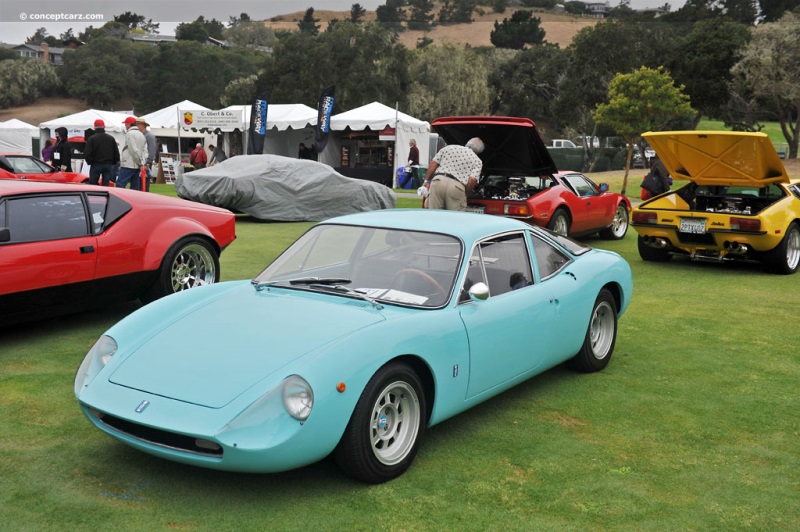 The DeTomaso was introduced in the early 1960s and produced until 1968. It was an exotic, mid-engine, rear-wheel-drive sports car that was based on a roadster designed by Carrozzeria Fissore. It was named after the Autodromo di Vallelunga first shown as a concept car at the Turin Motor Show in 1964. DeTomaso planned to sell the design of the concept to another automaker but an interested party could not be found. As a result, DeTomaso undertook the project with the vehicle assembly outsourced to Ghia. The Vallelunga was powered by a 1.5L four-cylinder Kent engine sourced from the Ford Cortina. It produced just over 100 horsepower. The chassis was a pressed steel backbone with tubular subframes. A Volkswagen Beetle transaxle was used and fitted with Hewland gearsets. The entire package was clothed in a fiberglass body along with many drilled aluminum parts. At all four corners were disc brakes.Only 53 production examples were produced (a total of 58 examples when including the prototypes and race cars). Production ceased before the vehicle's problems could be resolved, such as quieting the noisy, high-torque engine or working out the drive train vibration issues. It was replaced by the DeTomsao Mangusta which used a modified Vallelunga chassis and powered by a Ford Boss 302 motor.
By Daniel Vaughan | Oct 2011