The innovative Nissan e-NV200 Concept, which makes it world debut at the 2012 North American Auto Show in Detroit, serves as more evidence of Nissan's leadership position in the zero-emission automotive industry. Based on the popular Nissan NV200 multi-usage vehicle, the Nissan e-NV200 Concept previews a near-future production version of a full electric vehicle designed to provide businesses or families with flexible, roomy interior space, while achieving a dramatic CO2 footprint reduction.

'With its ‘no gas, no tailpipe, no emissions' powertrain, the Nissan e-NV200 Concept combines a quiet, comfortable driving experience with a large, highly versatile, functional interior space within a compact overall body length,' said Hideto Murakami, corporate vice president, Nissan Motor Co., Ltd. 'A potential game changing vehicle in its segment, the battery capacity will support a driving range similar to the Nissan LEAF, while payload and cargo space will offer the same level as the current NV200. The production version would be targeted mainly at businesses, but also at private users or families in major regions.'

'A vehicle like the Nissan e-NV200 Concept would energize the current compact van market in more ways than one – helping improve the quality of urban life and providing a smart financial investment for large and small businesses alike,' Murakami added.

NV200 Functionality, Nissan EV Identity
The Nissan e-NV200 Concept exterior starts with a foundation of a production Nissan NV200, then adds strong visual cues from the breakthrough Nissan LEAF EV. The versatile and highly acclaimed NV200 light commercial vehicle won the 2010 International Van of the Year award for Nissan, as well as the 2011 Úniversal Design Award from Úniversal Design GMbH, an organization dedicated to promoting the convergence of design and the emerging importance of customer needs. On top of those, it received the CDV of the 2010 Year award in China, while also establishing its presence in Japan as segment leader with a wide-ranging lineup that includes a taxi version.

The Nissan e-NV200 Concept's EV-style identity starts with its front 'face.' The wide hood is accented by a large central charging port door, the blue–accented Nissan badge, and sweeping headlights with LED illuminated accents. The exterior is highlighted by the interaction of the strong main character lines and its broad body surfaces. Large front windows and long rear greenhouse combine with a pair of large glass roof panels to create an airy, open interior environment. The exterior is painted in a customized color, following the concept of the Nissan LEAF's Aqua Blue, which expresses a sense of environmental friendliness.

Inside, the Nissan e-NV200 Concept interior depicts a clean, modern Nissan EV identity through use of the EV meters, blue colored accents and bright interior color palette, while also retaining the NV200's strong functional feeling. The e-NV200 Concept interior also features advanced telematics and a flat C-cluster display that resembles and responds to user input like a tablet computer.

'The Nissan e-NV200 Concept is a standout design, sharing the iconic EV look established by the Nissan LEAF but in a modern, active, functional commercial vehicle form,' said Murakami. 'Inside, it offers a smart, convenient cockpit along with an EV feel and an easy-operational interface.'

Silent, zero emission power is supplied is by a lithium-ion battery composed of 48 compact modules and a high-response 80kW AC synchronous motor that generates 207 lb-ft (280 N-m/rpm) of torque. Únlike a conventional internal combustion engine, the motor delivers 100% of its torque from start with immediate response bringing excellent acceleration and smooth, comfortable driving feel.

Real World Testing Únderway
In addition to the global debut of the Nissan e-NV200 Concept, evaluations of prototype NV200-based electric vehicles are currently being conducted to provide real-world feedback from delivery and other companies in various global markets. The initial trial was conducted in summer 2011 by the Japan Post Service, which used a single prototype for delivery and collection duties in Yokohama, Japan. Additional testing began in London last month in conjunction with FedEx. Feedback will help Nissan tailor future battery-powered light commercial vehicles to better fulfilll exact customer requirements.

Nissan's New York 'Taxi of Tomorrow'
As a true global product, the Nissan NV200 is produced in Japan, Europe and China, and is currently available in 40 countries. Future launches are planned for North America and India. Úndoubtedly its most visible role to date will begin in late 2013 when the Nissan NV200 becomes the foundation for New York City's new designated yellow cab, serving an estimated 600,000 passengers a day.

Vital Stats
Engine :
Torque: 207 ft-lbs
Selected over other global manufacturers for its combination of compact exterior and maximum interior space in a multi-year 'Taxi of Tomorrow' competition, the all-new Nissan NV200 Taxi design reflects the input of hundreds of taxi owners and drivers, and thousands of passengers who shared their ideas and priorities with Nissan designers and engineers.

The new model will be based on the existing award-winning NV200 currently produced at the plant and will be an important and innovative addition to Nissan's global range of light commercial vehicles (LCV's).

The new model, which represents €41 million investment by Nissan in its Barcelona facility, is expected to create around 700 new jobs at the plant and throughout its local supplier base.

e-NV200 will provide both businesses and families with functional and roomy interior space and will retain the host of innovative and practical features of the current NV200 line up combined with the most advanced powertrain components of the Nissan LEAF.

This will deliver a driving range similar to the Nissan LEAF on a single charge and similar performance, together with best in class running and maintenance costs.

'The new model will offer all the spaciousness, versatility and practicality of a traditionally powered compact van, but with zero CO2 emission at the point of use and provides outstanding driving experience that is unique to EV's.

'Crucially, it will also offer class-leading running and maintenance costs which makes it an exceptionally attractive proposition to both businesses and families.'

e-NV200 will also make a significant contribution to Nissan's aim of becoming the world's largest LCV manufacturer by 2016 as a key pillar of the Nissan Power 88 mid-term plan.

Last year Nissan achieved an historic milestone of selling more than one million LCV's worldwide in a single year.

Andy Palmer added: 'e-NV200 represents a bold and innovative addition to our commercial vehicle range, which is already one of the broadest of any manufacturer.

'I would like to thank the Spanish and Catalonian Government for their continued support of Nissan in Spain, and congratulate the Barcelona workforce for earning the right to produce what will be an extremely important model for Nissan globally.'

The current NV200 line up has already sold around 100,000 units. Its popularity led it to be chosen as the next generation New York City 'Taxi of Tomorrow' following a rigorous selection process.

Currently, intensive evaluations of prototype NV200-based electric vehicles are being carried out in Europe. Trials will continue in coming months in order to provide real-world feedback from the most demanding usage. Feedback will help Nissan to fulfill exact customer requirements ahead of the start of production expected in FY13.

Nissan in Europe
Nissan has one of the most comprehensive European presences of any overseas manufacturer, employing more than 14,500 staff across locally-based design, research & development, manufacturing, logistics and sales & marketing operations. Last year Nissan plants in the ÚK, Spain and Russia produced 677,000 vehicles including mini-MPVs, award-winning crossovers, SÚVs and commercial vehicles. Nissan now offers 24 diverse and innovative products for sale in Europe today, and is positioned to become the number one Asian brand in Europe.Source - Nissan 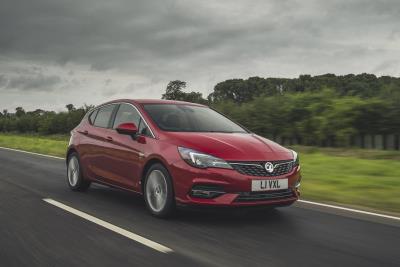 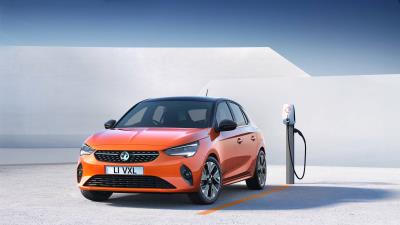 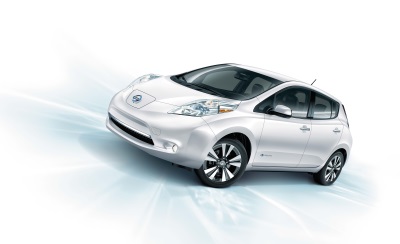 NASHVILLE, Tenn. – Nissan today announced U.S. pricing for the 2017 Nissan LEAF, which is on sale now at LEAF Certified Nissan dealers nationwide. The Nissan LEAF continues to be the best-selling... 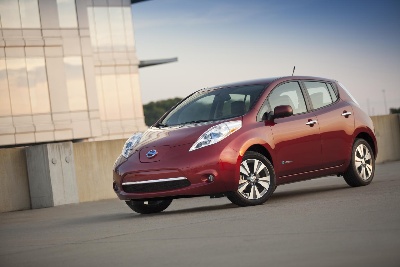 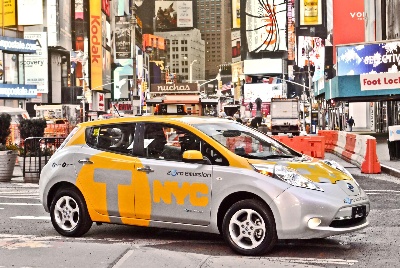